Megan Thee Stallion claps back at Draya Michele for a tasteless joke about the Tory Lanez shooting incident.

It’s an early call, but this week’s foot-in-mouth moment belongs to reality TV star Draya Michele for describing Tory Lanez and Megan Thee Stallion’s recent shooting incident as attractive and sexy. Probably a bit elevated from the substances on the weekly ‘Wine and Weed Podcast’, she was quickly brought back to earth and dragged in the comments for glorifying toxicity and domestic violence.

Draya Michele told host Steelo and guest Van Lathan that she liked the idea of a man liking her so much that he’d shoot her in the foot if she tried to leave. Saying she’s “here for it,” the star joked about the two having a Bobby & Whitney moment – except the comments were anything but funny. Within an hour of the clip making the rounds on social media, the siren had to issue a full apology for the tone-deaf, irresponsible remarks.

The media personality drew the ire of the internet over her ‘prediction’ and wild interpretation of the still mysterious incident. “I predict that they had some sort of Bobby & Whitney love that you know drove them down this snapped-esque type of road,” Draya said. “I’m here for it. I like that. I want you to like me so much you shoot me in the foot too.” Stunned, Lathan interrupts, “What the?!!! Whoa whoa…” before Steelo chimes in, “That is very Draya like, drop a grenade.” Lathan eventually adds the most accurate ‘prediction’ – “‘In this moment Draya just went viral.”

I truly don’t glorify domestic violence… I was trying to say just love me deeply. But while trying to be funny, I offended many, including meg. And I’m sorry.

It didn’t take long for the gatekeepers of cancel culture to shut her down, forcing not one, but two apologies from Draya when it was already too late. “She doesn’t get it, we knew she wasn’t that bright when she didn’t help her son with his homework, let’s move on,” quipped one jokester while another noted, “People need to use their noggin before they speak.” Draya responded shortly after, acknowledging that far from making a funny, she instead made a “foul.” “It was a prediction guys. I have no idea what really happened and I hope nothing but the best for the both of them. And I really shouldn’t have been joking about either. It was a foul for me.”

Draya is gonna get cooked. pic.twitter.com/Nxf2ETUmwr

The commander of the Hotties herself clapped back at Draya Michelle in quick time, despite being in recovery from the incident in question. “Dumb b***h that s*** ain’t f****ing funny, who tf jokes about getting shot by a n****a. And f*** all the h** a** ni***s making jokes about it too. I’ll talk about s*** when I get ready,” she tweeted. It seems Draya was moved to apologize again but she’ll likely be laying low for a while, especially with the Hotties lurking around their leader. “I truly don’t justify domestic violence…I was just trying to say love me deeply but while trying to be funny I offended meg and I’m sorry.” 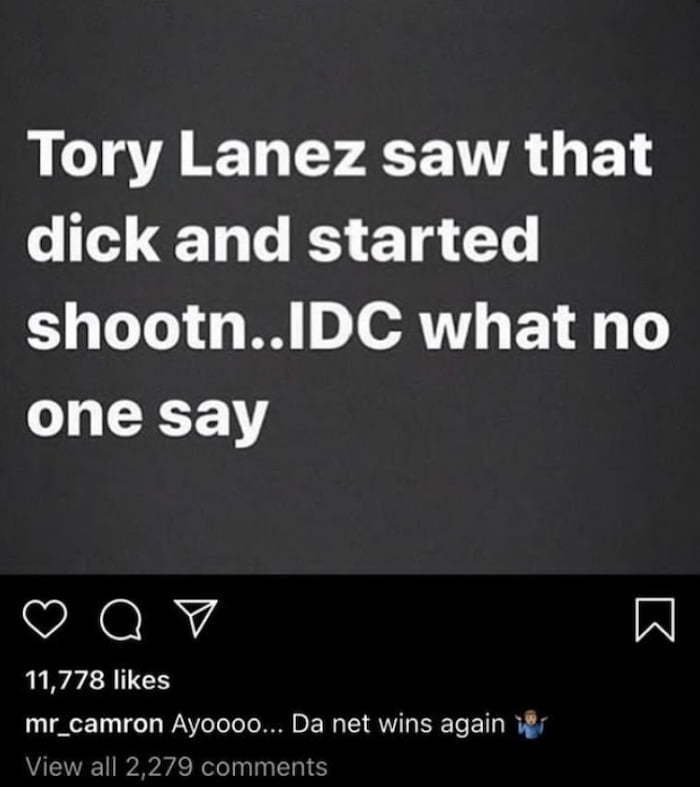 While Draya may have learned her lesson well, another celebrity seemingly made another tasteless joke about the incident. Rapper Camron stepped up to the plate with a gross and disrespectful version of events just moments ago on his IG page. Megan Thee Stallion also seemingly respond to Cam’ron. We’ll keep you posted on how the internet handles his attention-seeking antics.

And fuck all the hoe ass niggas making jokes about it too?? I’ll talk about shit when I get ready