Some seasoned producers in dancehall have stepped forward to weigh in on the debate of old school versus the new trap sound being pushed by younger acts.

Jamaican producers chided dancehall veterans for not showing younger artiste the formula needed to hit outside of Jamaica. With Jamaica’s entertainment scene scheduled for a full reopening today, July 21, the topic of Jamaica’s current musical offerings not creating any significant buzz on international markets is once again up for discussion. Producers Gutty Bling, NotNice, Damage, and Skatta Burrel, now music executive at DownSound Records, had a quick sitdown with the Entertainer Report where they all outlined the importance of the older members of the industry providing knowledge to the upcoming acts.

Much like any other form of innovation in today’s society, innovators will modify what they see as preexisting ideologies to create something new. According to NotNice, “Me nah go try fi force a dancehall riddim on the new youth because dem no wa sing pon dat. So me affi now what it is that them a sing pon and put that to them because if me go try force this old school dancehall on all a dem and dem no wa sing pon it hungry kill me up ya.”

While answering questions surrounding his take on spiking the new school trap dancehall with more authentic, gritty, dancehall undertones, he explained that the newer artists in the dancehall fraternity are not aware of the roots of the genre and will most likely not be able to replate. “They don’t know what’s the roots. You can’t change if you no know now. Get anyone a dem and sit down and ask dem certain questions they can’t answer because they don’t know the root. Most of them wa dem grow up come hear a modern day rap.”

The likes of Rygin King, Skillibeng, Squash, and other members of the 6IXX outfit stand as pioneers of the new trap dancehall movement currently dominating airwaves locally. However, the Damage Music production house, which has also helped to mold the careers of Tommy Lee and other Montego Based artistes, firmly believes that the new school artistes are not getting the love overseas because they are offering the same sound that is in abundance abroad.

Skatta Burrell shared similar sentiments when he compared the large fanbase available abroad to support American-based rappers, something that Jamaica’s smaller population cannot do. The producer and former host of the now-defunct Magnum King & Queen of Dancehall said, “Dancehall is sharing a platform with Afrobeats and look at the continent of Africa it is so huge they can support their own music and thrive to the top, but look at Jamaica. Poor likkle Jamaica a struggle with hip hop, pop music, reggae, dancehall, and afrobeats, so we a share so much things and we no loyal to none.”

However, Skatta chose not to cast any blame on the new artistes and producers. He instead urged the legendary players in the business, ranging from artistes to producers and even engineers, to get involved in the sounds being created to ensure that it matches what they know will be accepted overseas.

In a recent interview, Busy Signal mentioned that many of the newer artists are of the belief that they have already made it after one song and are therefore not as receptive to feedback. Claims Records’ topman Gutty Bling, who also co-produces Skillibeng, believes that there are some youths who do no give credit to the hard work done by the producers and manager. However, he believes that majority is always ready to learn more about the business. Producer Damage also rubbished claims made by Busy Signal and said that the older artistes are usually the ones with an ego. 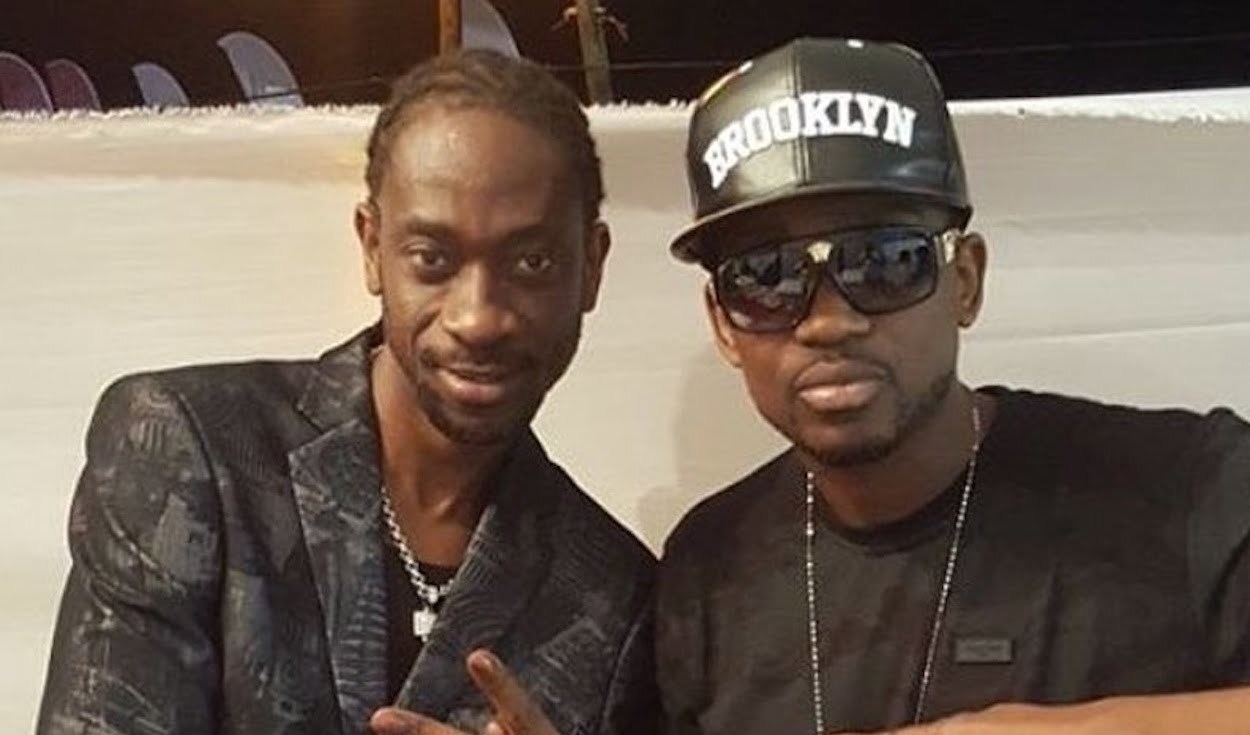 He said, “The youths tend to listen. When you step up to an older artiste them feel like you no really de pon tha level de or dem no value you. They think you’re nobody. So you have to work your way as a yout growing up.” The producer then used what he sees as Busy Signal’s come up to justify just how the artistes require guidance to know how to approach the business. “Me sure at one time him never did a get the attention, a the elder Bounty Killer affi step in and say Busy yuh affi do this and step out and him make him entry.” He then urged the “Stay So” artiste to reconnect with the youths of today to merge and collaborate in order to reap the rewards that are available, much as he has done with “Bumaye.”

Gutty Bling shares a different sentiment that the music coming out from his artiste Skillibeng is exactly what the people are raving to. It is also bearing fruit since the “Mr. Universe” man has an upcoming track with rapper Young M.A. to prove it.

“Skilli [Skillibeng] more love the trap type of beats so me just affi gi him wa him want and a that the youths them wa hear right now. Remember say his a new market now. Notice say nuff likkle yout a jump out from nowhere, me glab fi dem too. So is a trend wa a happen, maybe it no sound right to the elders but same time the yout dem want a buss you cant fight the yout dem thing,” he said.

Gutty believe that new dancehall music can crossover to the international market. However, the younger artistes are not taking the time to market and promote their songs effectively. “You have to really take time out focus on one song and jus push it straight. So them just put out one today, next one tomorrow, a no so music go,” he said.

While calling on the older heads to provide a guiding hand, NotNice also had some recommendations for the fresh talent. “Look at what work and what didn’t work,” he advised while drawing on Tanto and Devonte’s “Everyone Falls In Love” as a prime example of understandable lyrics, catchy flows, and a banging dancehall beat. He also urged the youths to stay away from lyrics pertaining to scamming, since the same persons being marketed to are the ones being scammed.

Are the claims of the producers correct? Are the old school artistes really not giving back?

In recent years we have seen Sean Paul collaborating with Squash, Shaggy collaborating with Noah Powa, Vybz Kartel with various members of the 6IXX, Jada Kingdom, Skillibeng, Danii Boo and even Bounty Killer linking up with Maestro Don.