Tommy Lee Sparta was taken to the hospital after being behind bars for over a week, leaving his kids traumatized.

Tommy Lee Sparta is having one of the worst weeks of his career following his arrest last week. Sources confirmed with Urban Islandz on Saturday that the Mobay deejay was rushed to the Cornwall Regional Hospital in the second city after suddenly falling ill. We’re told that he was treated for a stomach illness after starting to complain about stomach pain and vomiting. The “Spartan Soldier” deejay is spending his second weekend in jail at the Freeport Police Station in Montego Bay.

It’s been over a week since dancehall artiste Tommy Lee Sparta has been in lockup following the deejay turning himself in after being named a person of interest. According to the deejay’s lawyer Ernest Smith, he is being held under the State of Emergency manifest as the national security measure is still active in Montego Bay, Jamaica. Sparta, who is the latest victim of law enforcements’ brazen abuse of what the parameters the law permits, reportedly left two boys at home with his co-parent Donna-Hue Anglin. According to the STAR, she opened up about her kids missing their dad and life becoming unbearable at home without him. 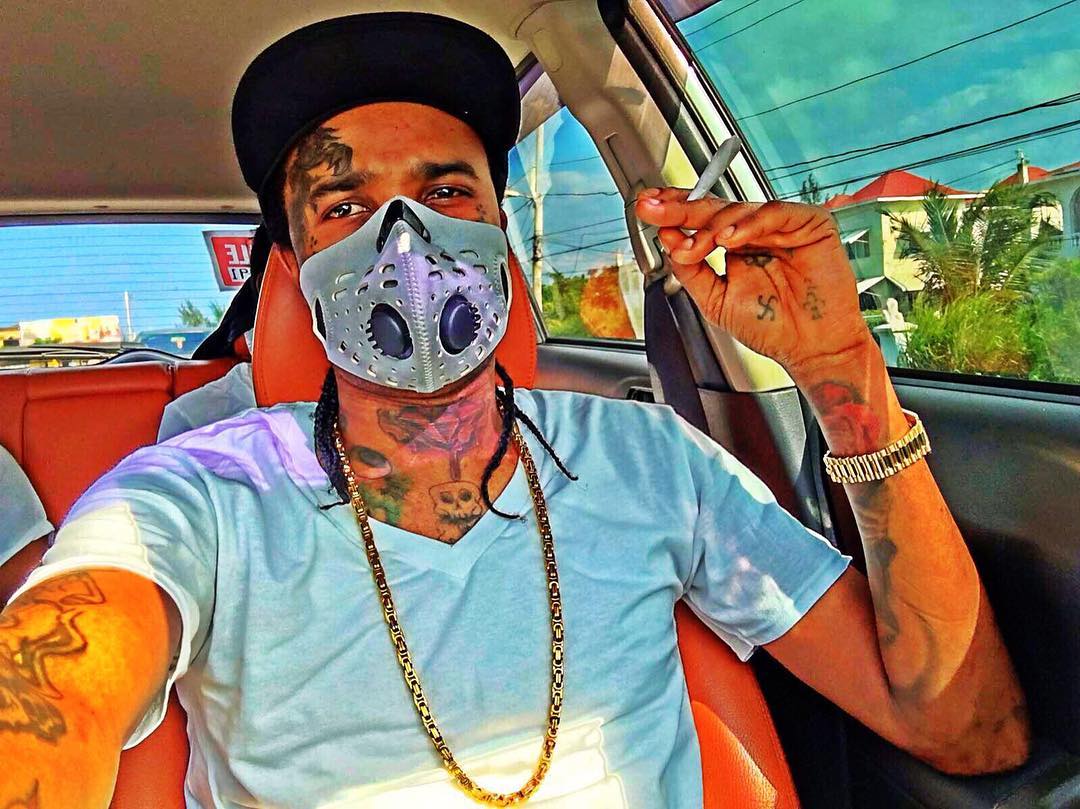 “They are around their father every day so their question is ‘Mommy, where is daddy going?’ Over the past months, him have his boys them just at home bonding with him and they just took him like that,” Anglin told the STAR. “Their father is their role model, them everything, them love him gone to bed. They are very close to him and are always around him so it is like they are just taking him away from them all the time.”

This is reportedly the third time in four years that Tommy Lee Sparta has been detained for questioning. However, Anglin maintained that he was innocent.

According to her, Tommy Lee was with his two boys, 14 and 17-year-old, on the day he turned himself into authorities. “Just imagine how hard it is for me to watch my children being sad. The big one is going into adult world now and seeing all of this happening to his father, it traumatise him,” she continued.

Donna-Hue is left at home alone with the boys and fear that it could become permanent. “I’m in pain. My blood pressure is sky high. Now I have to be living at the doctor because if I hear something bad now, me a go deh pon me own a grow two boys.”

Under the SEO legislature, suspects can be held for up to 90 days without being charged with a crime. Tommy Lee is not the first artist to be detained under that law in recent times. In May, Dexta Daps was arrested and spent weeks behind bars without any charges to his name. Tommy Lee Sparta’s attorney says he is compiling a case against the Jamaica Constabulary Force for “unfairly targeting” his client.

Smith says Tommy Lee moved out of Montego Bay a decade ago and was ordered back for questioning and held under laws governing the area that he no longer resides in, which he deems unlawful. “You can’t just deprive a man of his liberty like that,” Smith explained in a statement.

Tommy Lee Sparta was released from the hospital but remains in police custody. There is no word yet on when he will get to go home to his family.