The streets of Jamaica have not been kind to many citizens in the last couple of days, with numerous accidents being reported all over the island. Sadly, not even entertainers were able to escape the horrors of the road. Jah Cure was in yet another car accident as he crashed his Mercedes-Benz on Monday. Meanwhile, Intence followed in short order when he took a hit to the side of his white Mercedes-Benz CLA 250 while turning onto Old Hope Road this Tuesday.

Gladly, both Jah Cure and the Yeng badness deejay are doing okay. Intence’s state was confirmed by his manager Shelly-Ann Curran, who also thanked fans for their support. She wrote, “Thanks for all the calls, text, whattsapp #yengboss is good! More life More Music and More New Cars.” The deejay copped the sweet ride in February and credited the move to “HARDWUK” [Hard work]. 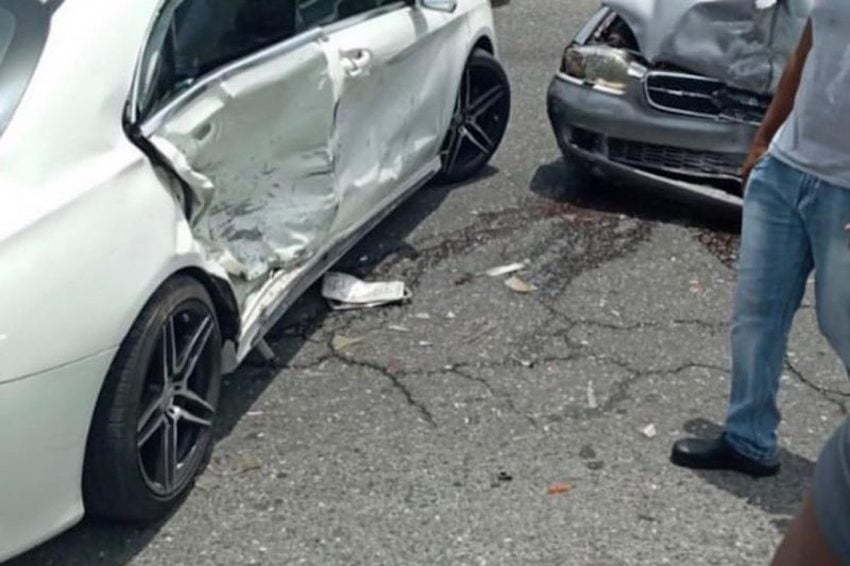 Sadly, this incident comes on the heels of another negative as Intence and Foota Hype have been embroiled in an internet beef for the better part of 2 weeks. It all started when Foota Hype told the audience on his Instagram LIVE video that the beef between Vybz Kartel and Intence was motivated by relations between his girlfriend, Dancing Rebel, and the Worlboss.

Intence shot back with a vicious diss track aimed at Foota’s dead mom. As one would have expected, the selector didn’t take the hit lightly and hopped onto a Youtube LIVE video to make controversial allegations against the deejay. The beef drew comments from social media onlookers, with one person seemingly having a premonition of Intence’s accident.

“Shoulda never dweet cause footah do voodoo! Look fi see him crash by next week this man deep inna obeah and him ancestors don’t play !@footahypemusic,” to which Foota responded, “@thecootiecop u better tell them.” 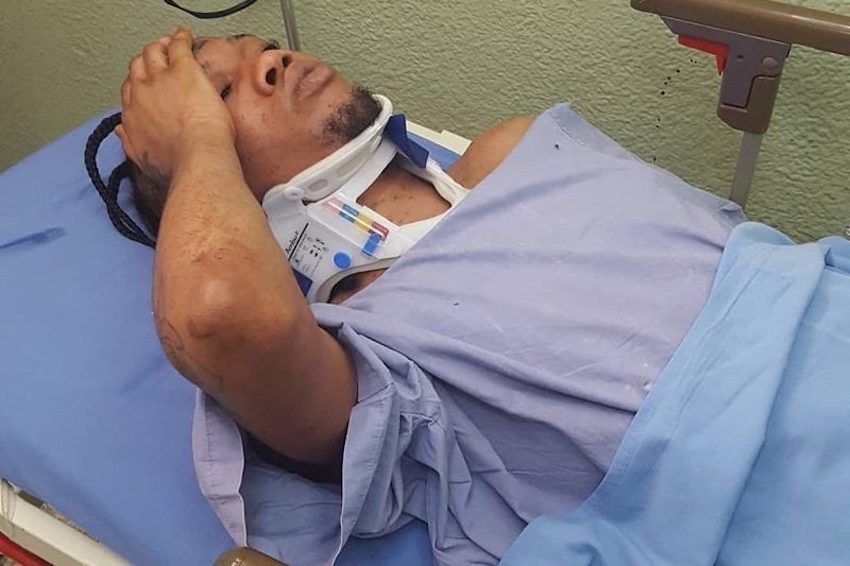 Fast forward to today, and Foota has not eased up on his jabs against the deejay. An image of Intence being wheeled through a hospital with a brace clutched to his neck as found its way on various social media blog platforms. Under one such image, Foota joked “Warning #1.”

However, some fans felt that the timing of Foota’s reply was terrible off since the conditions of the persons involved in the accident were not yet known.

Dancing Rebel, the entertainer’s girlfriend, was also unimpressed with Foota and others who choose to let negativity rain in the comments.

“Unoo always celebrate when bad things reach people mi nu kno weh dj eva do some a unoo how can you be celebrating! One thing me know bout prayer it work! And him ago come back 10 time stronger nah gu stop see the uute strive! Unoo fi gweh,” she commented below a post on a popular Instagram blog account.

In what seemed like a direct clapback at Foota’s voodoo claims, she wrote in the caption of a post, “Dem try and miss! Yu kno yah mi g and mi now yu firm out yah mi gad! Inna dem neck wid success Over and over again One yeng badness. Dun mek it thru d gate already..God over everything my boss.”

Music associate iWaata also kept the energy level positive when he posted an image of Intence and another man who was in the car when the crash took place. “God in control ntn cyah stop it me 2 bredda dem,” went the caption.