Drake was spotted hanging out right in Rihanna’s backyard in Barbados.

During this pandemic, Drake is one of the rappers who have been super cautious by remaining quarantined and maintaining his social distance. Now only weeks ahead of his rumored album release, the Toronto rapper was spotted casually strolling about the island of Barbados.

It’s no secret that Drake loves the Caribbean as he is often spotted with his West Indian friends like dancehall artiste Popcaan and has also visited Jamaica before, even giving a free concert performance on one occasion. While it’s not unusual for Drizzy to be in the tropics as his songs often indicate that he has a ton of experience there, what raised many eyebrows was the fact that he is there now, during the ongoing pandemic. 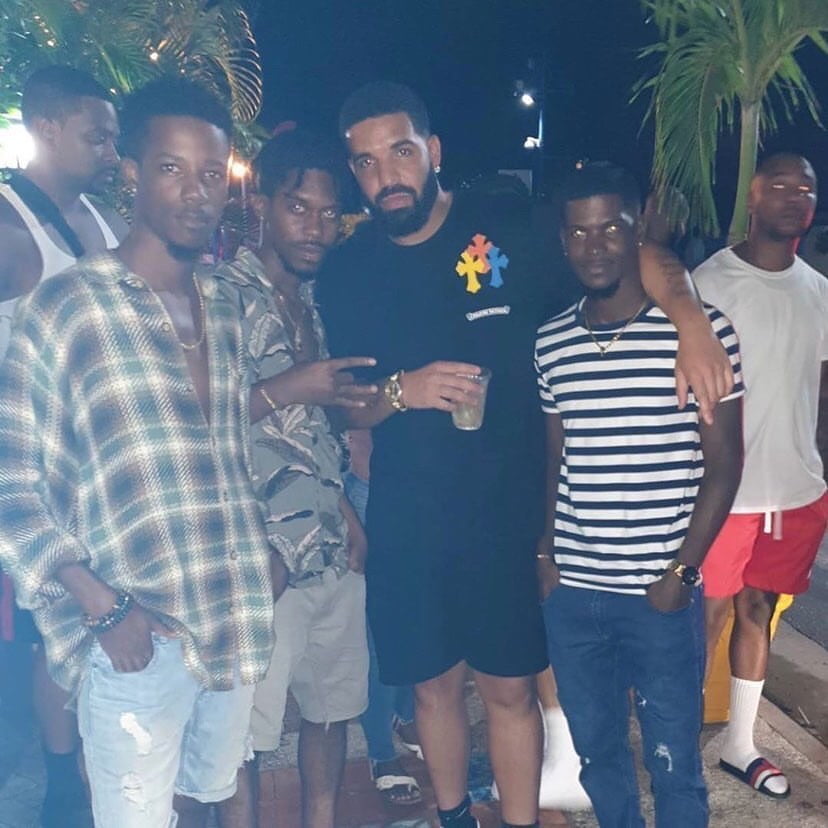 Several sources have taken to social media to share a viral video of the “God’s Plan” rapper in Barbados snapping pictures with fans and walking the streets with his posse. Though it’s still unclear if it’s a business trip or a spontaneous recreational excursion, many fans can’t help but wonder, how does Rihanna feel about this?

One fan questioned Drake’s intention when he took to the comments of the video circulating online to say, “Damn he still stalking Rihanna.” Another with similar sentiments wrote, “He still tryna impress Rihanna.” Some fans were more concerned about the fact that Drizzy has traveled so far during this world health crisis. “How tf he leave Canada rn tho?” one fan questioned. “That’s a look alike,” another fan said in disbelief.

Drake is definitely building a reputation for random and unexpected sightings. Just last September, the Toronto rapper was spotted casually on his phone while riding a public bus in Brazil. Can you imagine being at your usual hangout spot in your hometown and seeing Drake walk in?