Jada Pinkett-Smith told her husband Will Smith around the Red Table that August Alsina’s affair was an “entanglement.”

The highly anticipated moment of truth on the August Alsina affair is finally here. The Red Table Talk featuring the Smiths—Jada Pinkett-Smith and Will Smith—has finally aired, and social media is currently in hysterics. With their marriage under social media scrutiny, Jada has reluctantly used an episode of the popular web series to address the rumors and offer some eagerly awaited answers. Our last report carried Jada’s statement on the “healing that needs to happen,” where she assured fans she’d be ‘bringing herself to the Red Table’ to clear the air on allegations she had a relationship with nascent R&B crooner August Alsina.

The Hollywood couple had a no holds barred sit down, covering the alleged co-sign from Will, her extra-marital “entanglement” with Alsina, the details of her motive, and the Smith’s move towards “a new place of unconditional love.” The internet, however, is not nearly as forgiving, starting a currently trending hashtag “So August”, accusing the actress of using the ailing star to “feel good” before leaving him high and dry. 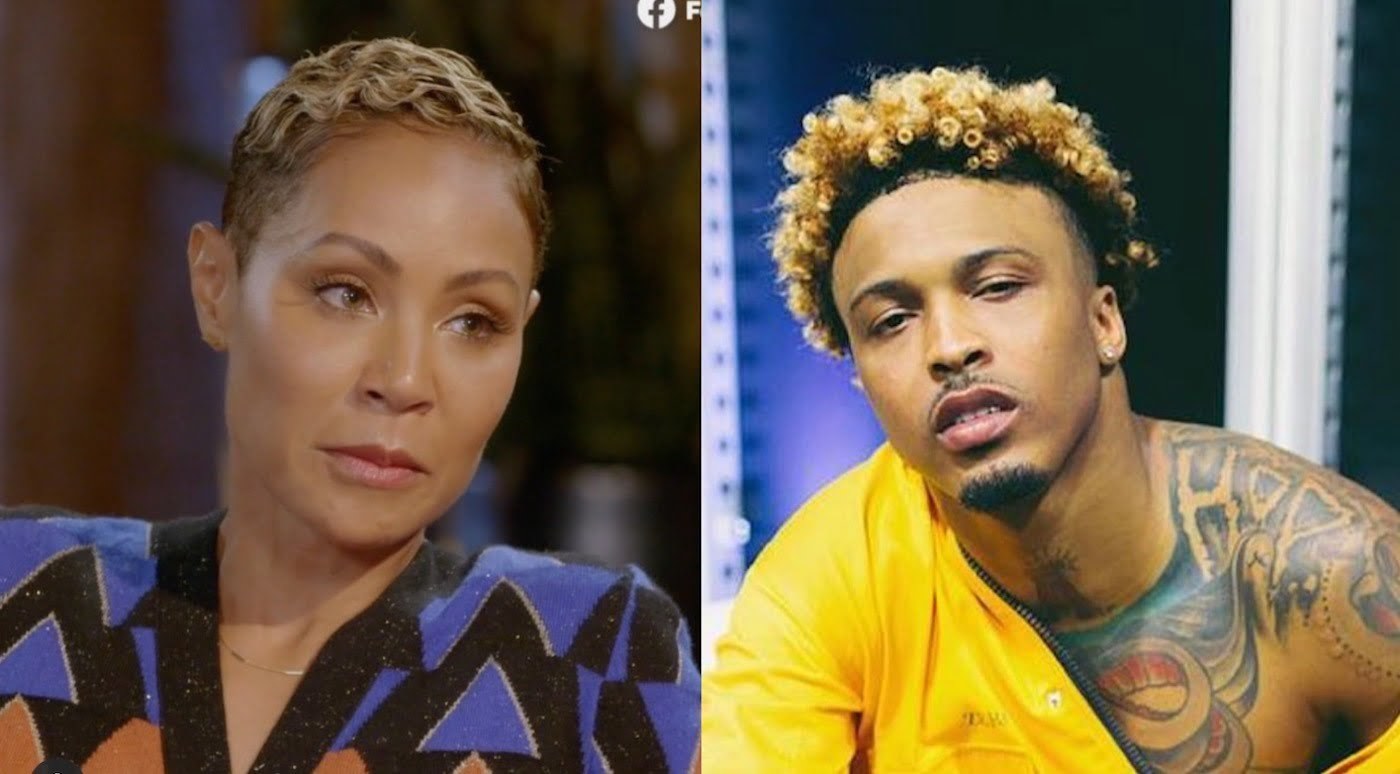 Will Smith and Jada Pinkett have had an enviable, enduring marriage, and their ‘open relationship’ arrangement is no secret either. Allegations by R&B heartthrob August Alsina have cast a controversial light on the pair since his Angela Yee interview dropped with a slew of secrets and suspicions coming to the fore. Confirming that she and Will were briefly separated, Jada gave some background on the circumstances that led to her and August’s romantic involvement.

“I think you need to state clearly what happened,” Will began. “You and I decided we were gonna take our space, then what happened Jada. Subtly referring to the bomb that August Alsina dropped in June. Jada replied, “I got into an entanglement with August.” “An entanglement, a relationship?” Will asked, laughin, prodding Pinkett-Smith who finally conceded “It was a relationship, absolutely.”

One of the more contentious points of Alsina’s initial interview that Will gave him “‘his blessing” to pursue the affair was also addressed. “One of the things I want to clear up that was kind of swirling in the press was you giving permission, which the only person who can give permission in that particular circumstance is myself,” Jada said. “But what August was actually trying to communicate—because I could actually see how he would perceive it as permission because we were separated amicably—I think he also wanted to make it clear that he’s not a homewrecker, which he’s not.”

Reiterating that despite the issues that “every marriage has,” she declared that there had been no secrets between herself and her husband. Jada Pinkett-Smith also revealed that her self esteem and helping August heal drove her to her decision 41/2 years ago. “I was in a lot of pain, and I was very broken. I just wanted to feel good. It had been so long since I’d felt good… In the process of that relationship, I realized that you can’t find happiness outside of yourself.” the Set It Off actress said.

Will jokingly mentioned that Black Twitter had claimed the saga “as their business,” and ironically, the conversation and the “So August” hashtag have been trending since. The Twitterverse is essentially dragging the Girls Trip actress for using Alsina as a boy toy to fix her own issues before kicking him to the curb to get back to her marriage. Do you agree, or was Alsina wrong to ‘testify’ on his romantic involvement in the first place?

I love Jada. She opened my eyes on some things when I went on there . The marriage conversation was epic .

So August was ready to die over an entanglement? Boy, Jada really be the Female Future. pic.twitter.com/XfPX2AQf3N

Wendy Williams after all the stuff she’s been saying about Will & Jada since the 90s has been confirmed pic.twitter.com/nYgl5FsoIy

Will introducing Jada back to the streets: pic.twitter.com/hqqmX9Ljos

Jada: “I don’t think this should be about getting even with each other”

Will still tryna convince himself he’s the most important man in Jada’s life pic.twitter.com/SzOZWfFTQu

Jada: We were in an Entanglement