Tekashi 6ix9ine has earned quite the audience these days. The once disgraced rapper has made a surprisingly successful comeback into the rap game, especially considering he was thought to be canceled after agreeing to cooperate with federal authorities by testifying against Nine Trey gang members Aljermiah “Nuke” Mack and Anthony “Harv” Ellison. While many people assumed Tekashi would lay relatively low upon his release from prison, the rainbow-haired rapper has been anything but subtle with his music and social media presence. Now, 6ix9ine is adding insult to injury by continuing to snitch on Harv Ellison outside of courtroom walls.

Speaking with DJ Akademiks, a figure that has famously supported 6ix9ine throughout the entire snitching fiasco, Tekashi nonchalantly dropped some serious information about his former gang affiliate. Shortly after Akademiks and Freddie Gibbs exchanged heated words via Twitter about Gibbs’ relevancy as a rapper, Aks hopped on his Twitch channel to let 6ix9ine chime in. 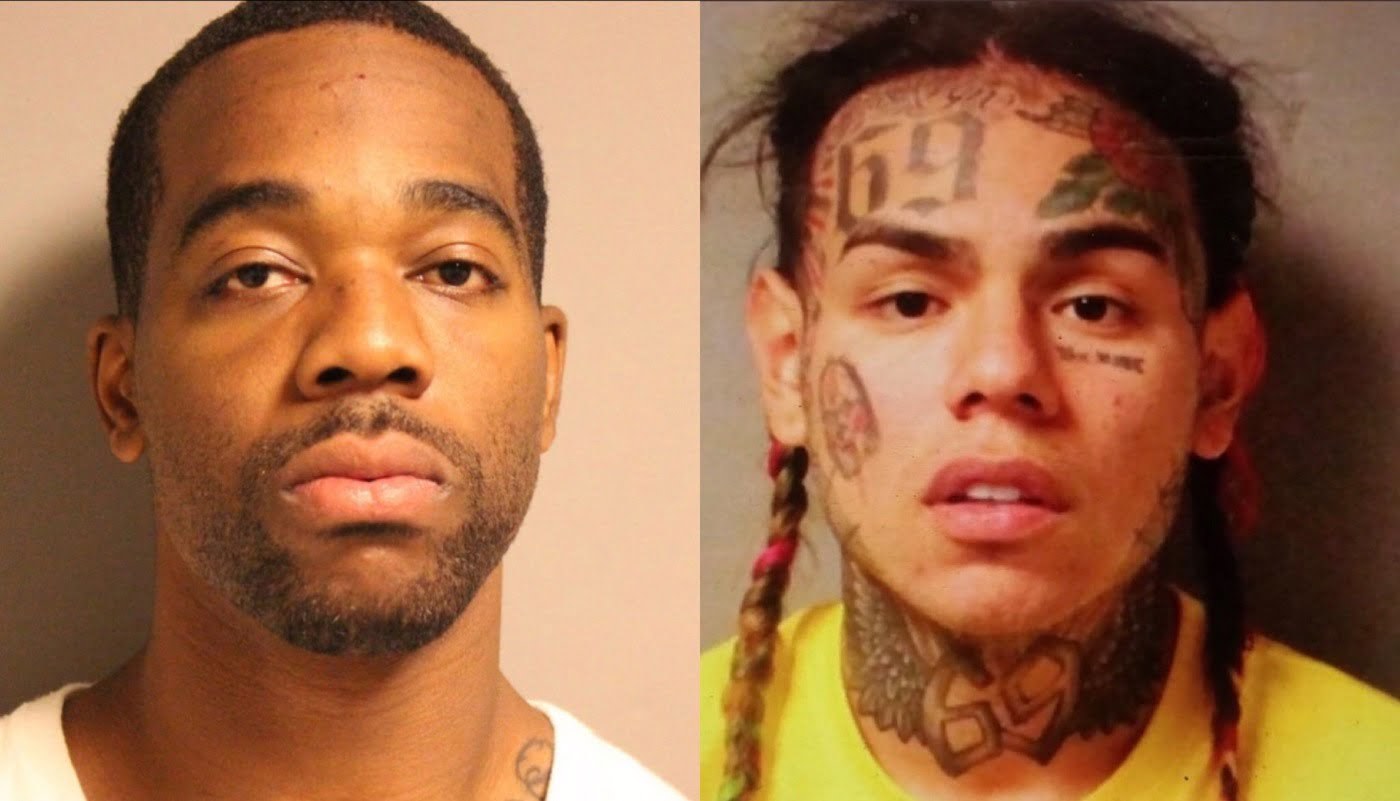 When asked if he was familiar with Gibbs, Tekashi responded, “Yeah, the n***a that got shot at when he came to New York by Harv.” Seemingly caught off guard, Akademiks responded, “Oh, I didn’t know that.”

The incident 6ix9ine is referring to is presumably the one that took place in 2014, when Gibbs and his crew were shot at while driving down the street after a show in Brooklyn. Two men in the vehicle were left with minor injuries from the attack, but Gibbs was not hit. According to The New York Post, investigators believed the shooter was hanging around Freddie Gibbs all night in an attempt to look like he was part of his group. If Tekashi’s accusation is true, the shooting would add to a long list of felony charges against Anthony Ellison, including those that he has already been sentenced for following 6ix9ine’s infamous testimony.

Akademiks of course calls 6ix9ine during all this who tells him Freddie Gibbs was shot at by one of his old crew members pic.twitter.com/8DOfGIB9gw