NBA YoungBoy and Rich The Kid have been teaming up since 2019, teasing the possibility of a joint project but always holding off on the date and details. They’ve taken their time in the lead up to the release, serving up a string of hits such as “For Keeps”, “Money Talks” and the recent “Racks On”, which dominated YouTube and became fan faves. Back in January, the pair also got matching chains to throw some weight behind their much anticipated album?—$180K in carats each to be exact. Now fans won’t have to wait much longer and actually get to help choose the album cover, as Rich The Kid’s shared more exciting details this week on the duo’s debut. 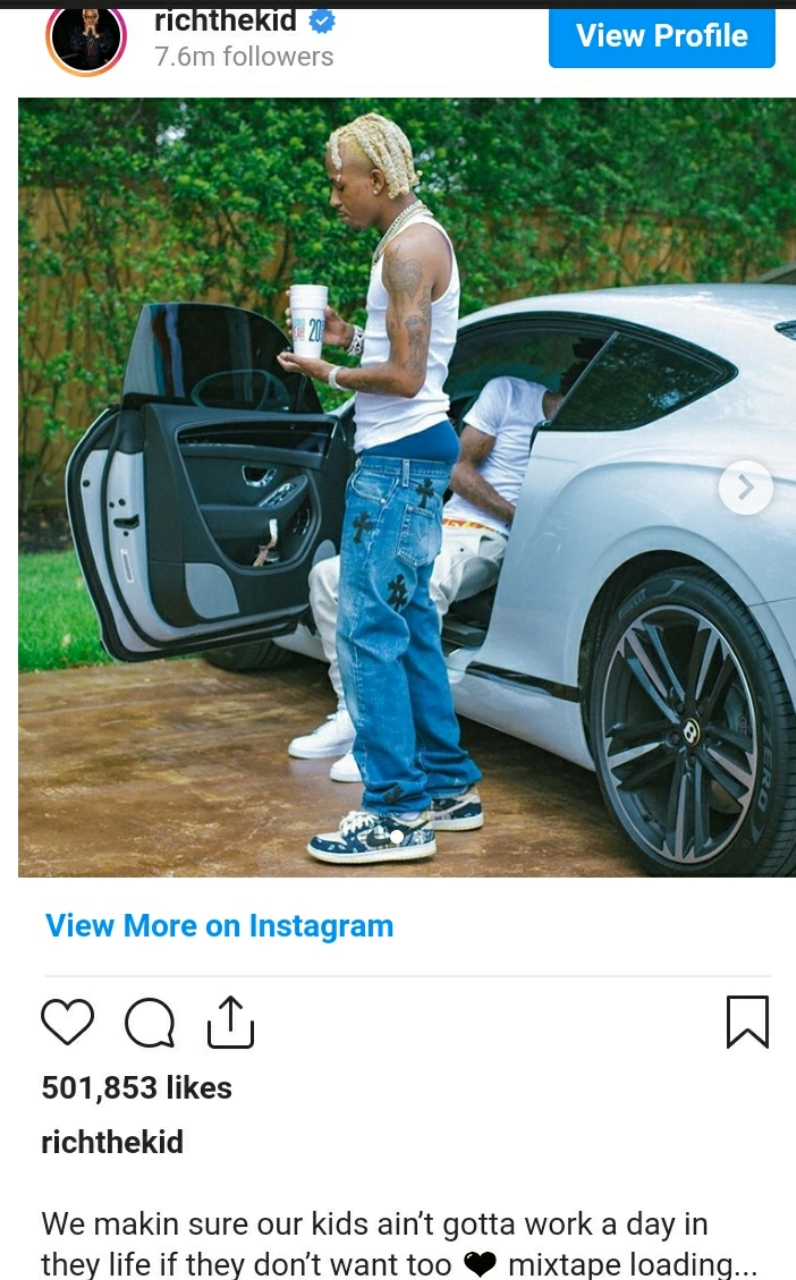 The final clue came just days ago when the “Boss Man” rapper confirmed the status of the album in an Instagram caption. “We makin sure our kids ain’t gotta work a day in they life if they don’t want too. Mixtape loading…” The complete 13 track mixtape titled “Nobody Safe” drops sometime in July after months of speculation and singles. Asking fans their preference from three potential pieces of album art, the rappers include their fans in the excitement, flipping the high anticipation into fun and engagement. “1, 2 or 3????” Rich asks his followers.

“TOLD YALL WE LETTING THE FANS PICK !!! TIME FOR ME & TWIN TO DROP ON DESE FOLKS. 13 SONGS BY RICH THE KID & YOUNG BOY. NOBODY SAFE 7/ ?/ 2020.” The first photo shows the pair as caricatures in front of a blazing city, the next potential piece features Rich’s face laminated in a similar color theme as the first and the last pic uses a popular Pulp Fiction montage where Rich and NBA replace Travolta & Jackson’s classic characters. 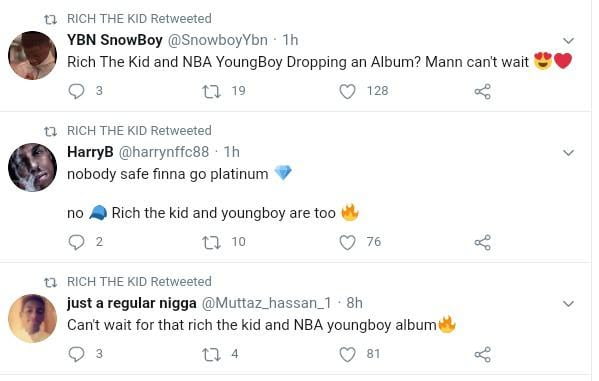 Following a recent break-in at NBA YoungBoy’s mansion, his current social media squabble with J.Prince and a serious altercation involving girlfriend Yaya Mayweather and his ex, this is some welcome news surrounding Never Broke Again, whose in studio chemistry with The Kid will likely deliver more bars and heatwaves just in time for the summer. “You know, it’s just a vibe. When we get in there, it’s just we feed off each other and go right in,” the Georgia rapper told Billboard of their collaborative efforts back in March.