In the wake of the tragic killing of George Floyd, a black man, persons all around the world have taken a stand against racism and police brutality. Young Keedron Byrant decided to use his angelic voice to convey the pain being experienced by black men in America. At only 12 years old, the powerful and emotional song “I Just Wanna Live” went viral, securing him a record deal with Warner Records as a result.

On May 25, 2020, the world witnessed a death so gut-wrenching and impactful that it incited riots and protests in all 50 states across America and in various countries internationally. George Perry Floyd Jr. was arrested in the Powderhorn Park neighborhood of Minneapolis. This arrest, however, was no typical one, as the incident that followed will go down in worldwide history. During the arrest, a white police officer by the name of Derek Chauvin pressed his knee into George’s neck while he lay handcuffed on the ground. Two other officers aided Derek by further restraining George by kneeling on his back and lower body. A fourth officer interacted with bystanders to prevent them from intervening in what was clearly abuse by police using excessive force. 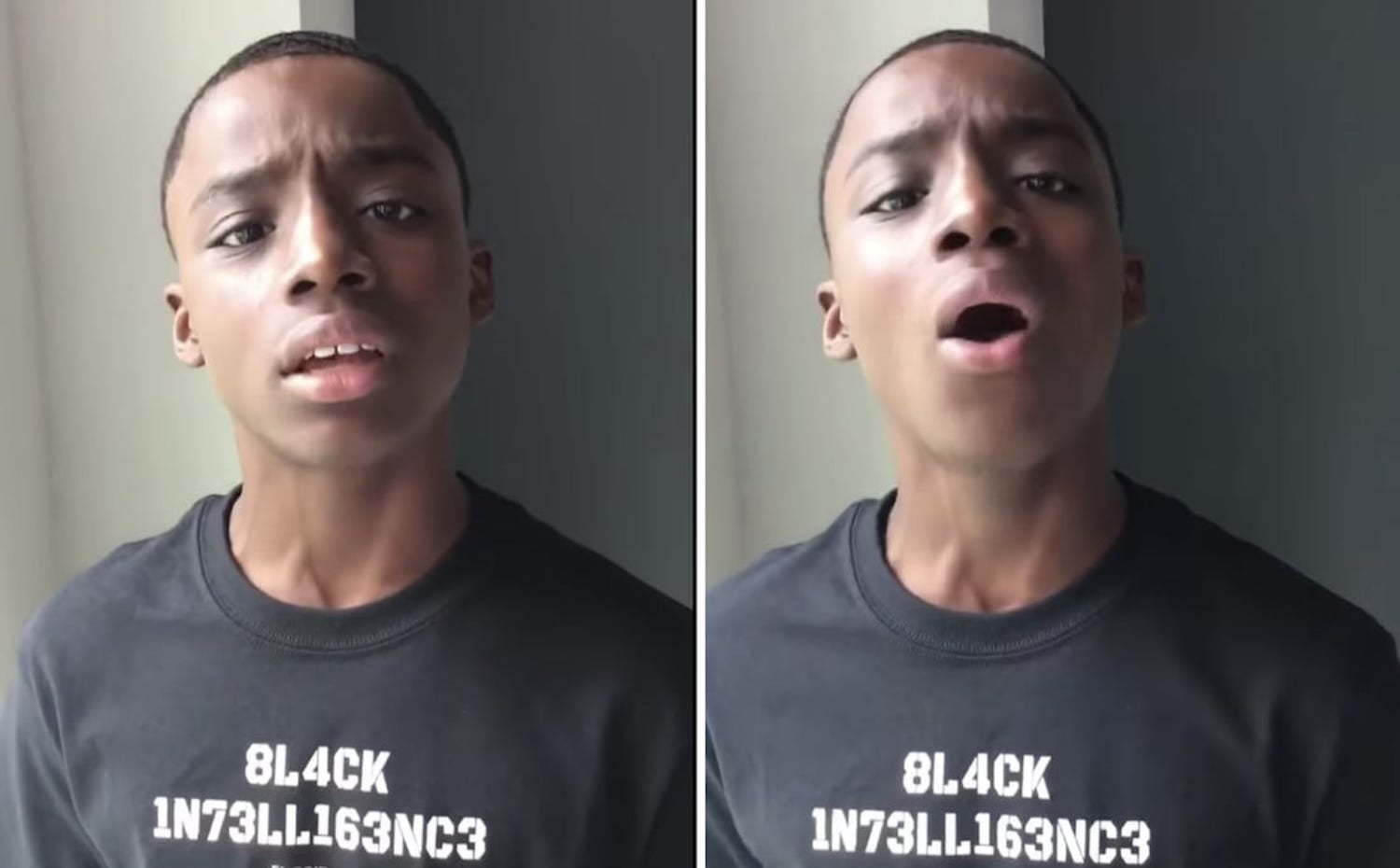 Derek Chauvin had his knee on George’s neck for an incredible eight minutes and forty-six seconds. For the last three of those minutes, George Floyd was no longer moving, and officers were unable to find a pulse. However, they made no attempts to revive him or remove their knees from his lifeless body. Officer Derek Chauvin continued to hold his knee on George’s neck even as emergency personnel administered aid. The painful incident was captured on video.

Sitting at home, Keedron Bryant and his family were so moved by the events that he taped an acapella performance of “I Just Wanna Live,” which was written by his mother. The song speaks about his pain as a young black man and the on-going racism and brutality being carried out by police officers against black men and women. The beautiful rendition quickly went viral and was declared as the official “George Floyd Anthem”.

Receiving attention and love from celebs such as Will Smith, Lupita Nyong’ o, Janet Jackson, LeBron James, and even former US President Barack Obama, Keedron was meant to do big things. He began singing at the very early age of five years old at his local church. Now he finds himself showcasing his talent on the tv show “Ellen,” where he gave a performance of the song.

Then, on June 18th, Warner Records announced their amazing decision to sign the young vocalist. Hailing originally from Sicily, Italy, Keedron was able to officially record and release the track through his new label. Warner Records was able to score producer Dem Jointz for the making of the beat. Speaking with Associated Press, he stated, “It just moved me to create music around his vocal. It was so much energy coming from the video alone, it was just easy for me to produce around that.”

In the same interview, Keedron detailed his enjoyment in creating music, “It’s very exciting because this is what God’s called me to do. It’s just been an exciting experience to work with my mom.” His new record label intends to donate 100 percent of the song’s profits to the NAACP. They will also give $1 per every stream on Amazon Music for the first 24 hours with a cap of $50,000.

“I Just Wanna Live” was released yesterday on June 19th in accordance with the monumental and historic black holiday, Juneteenth. Listen to it below.