Sean Kingston is launching his very own boxing league for rappers.

In an industry full of beef, brawls, and grievances, Sean Kingston sees an opportunity to host glove games for your favorite rappers. With all the entertainment markets emerging from the Covid-19 norm, Sean Kingston has stepped into the ring as the budding entrepreneur behind the Professional Rapper Boxing League (PRBL). The “Dutty Love” singer is looking to expand his estate, starting up his own professional boxing league for rappers, with many eager to sign on and fans ready to tune in.

Enlisting the help of connected hip hop agent and business executive Triple the Mogul, the rapper is pushing forward with the venture, which he hopes to have up and running before the restart of the NBA season late next month. The pair have invested a pretty penny – 10 million dollars each – to get the series off the ground, raising another $50 million with more sponsors slated to come on board. 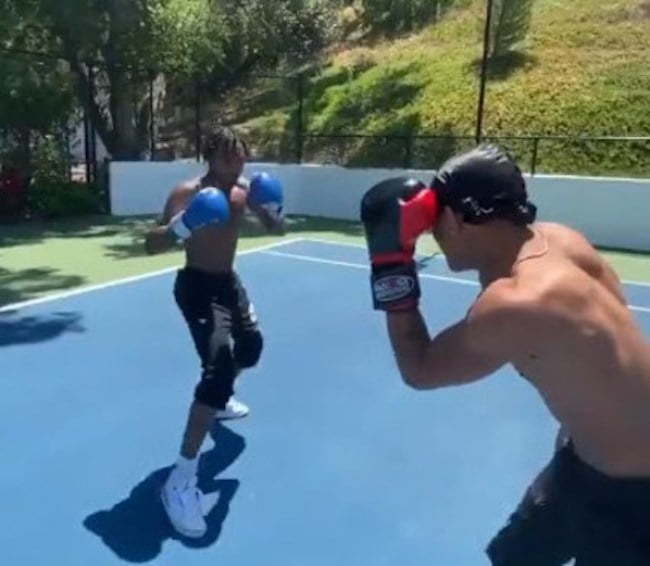 Established combat sports companies Top Rank and Zuffa LLC are just two of the wealthy investors in talks about backing the boxing venture, and fellow rappers Soulja Boy and Trippie Redd are seriously considering fighting in the league, The Blast reported. This new wave and possible billion-dollar payoff started with Kingston hosting boxing events at his mansion in Hollywood Hills, which was the venue for the entertaining YK Osiris vs. LilTjay match we saw via Instagram back in May.

Several other rappers are said to be interested in getting involved. This is a major move for the Jamaican-born “Beautiful Girls” hitmaker who’s clearly also a top fan of the sport, snatching up boxing champ Oscar De La Hoya’s former mansion back in 2014. While seizing the opportunity to become an organizer, Sean Kingston is already making some major moves with plans to move into boxing gyms and arenas depending on the demand.

If the aftermath of the YK Osiris & Lil Tjay episode, including the call out to Drake and Tory Lanez plus trolling from Tekashi 6ix9ine, is any indication, there will be no shortage of people trying to get in on the action. The aim for now, however, is an Instagram Live streaming arrangement with post-pandemic expansion plans already on the works.

Which two of your favorite rappers would you want to see in a match?