Tyga is the latest rapper to shoot his shot at gorgeous Hollywood triple threat Zendaya. Does he stand a chance?

Euphoria star Zendaya has been the source of many affections and the face of many men and women’s “Woman Crush Wednesdays” posts on Instagram. Though she is no stranger to admirers, it seems the actress/singer/dancer is becoming more popular among rappers these days. Kodak Black, who has the biggest crush on the star, recently wrote her a sweet poem professing his admiration and his desire for her to visit him in prison. Now Tyga is inviting her on vacation with him.

While promoting his new single “Vacation,” which was released yesterday (Jun 18), Tyga is also offering a vacation give away to ten very lucky fans. The rapper took to Instagram to post a clip from his new music video along with the caption, “Tag someone you wanna take on vacation,” he wrote. 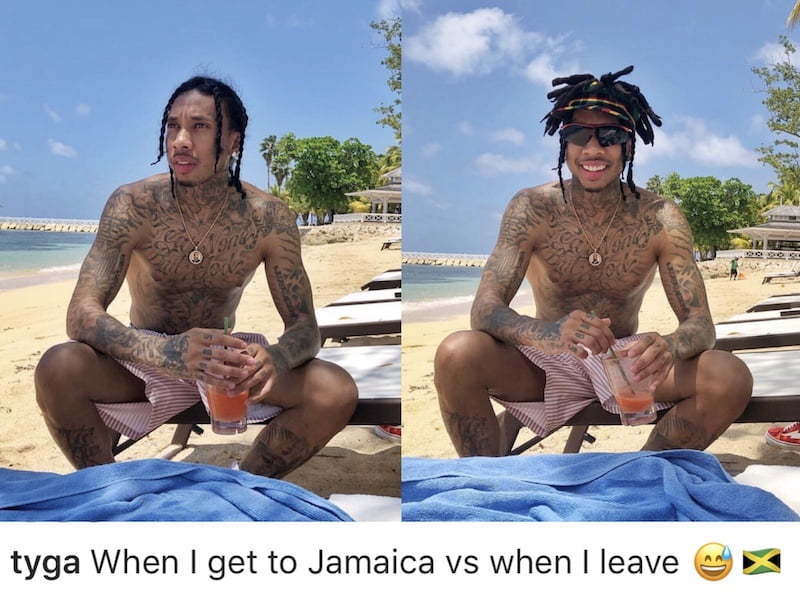 He then tagged Zendaya’s Instagram handle and added the side-eye emoji for effect. Though Tyga later edited the post to exclude the star’s name, it wasn’t before tons of blogs, and fans already had it screenshot and circulating on social media. Then again, the rapper did have it up for a while, so maybe that’s what he wanted.

Zendaya has been careful not to respond or even acknowledge any of the advances from the rappers showing interest. Though the actress is rumored to be dating her Euphoria co-star Jacob Elordi, that doesn’t seem to pose an issue with anyone wanting to shoot their shot. Unfortunately, I’m not sure her relationship status is the very reason she wouldn’t take Tyga up on the offer to vacation with him.

The “Rack City” rapper who has a 7-year-old son, was engaged to his baby mama Blac Chyna before famously dating Kylie Jenner for almost two years while she was a teenager. Actress or not, a sweetheart like Zendaya might not fit into Tyga’s dramatic dating repertoire.

#TSRShootYaShot: #Tyga trying to see what it do with #Zendaya ?