Nick Cannon seems to have found himself a ride or die in Jessica White.

Nick Cannon’s baby mama, Brittany Bell, has confirmed that she is pregnant with their second child, which comes on the heels of his girlfriend, Jessica White, confirming that they’re in a relationship. In a message posted on her Instagram Story, the model wrote, “Unshakable love. Will be with him always. I suppose and stand by mine for life.” This comes on the heels of criticism that Cannon is still with his baby mama.

Nick used to be married to Mariah Carey once upon a time, and the couple is parents to twins, Monroe and Moroccan. Their divorce was finalized in 2016, and since then, Nick has been fairly hush-hush about his love affairs, aside from having a son with Brittany Bell in 2017. 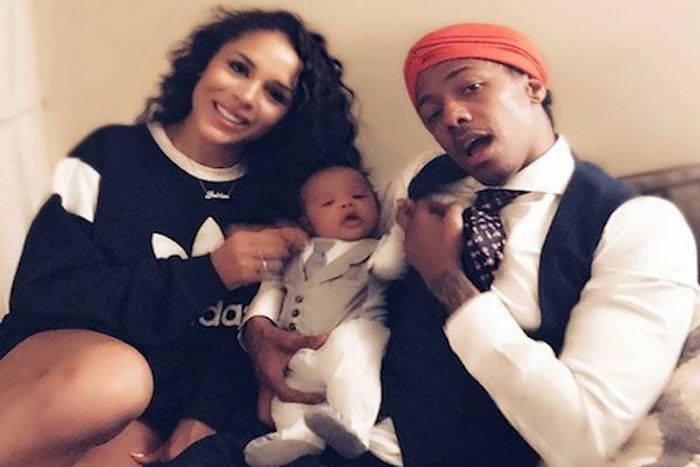 Back in March, the radio show host was trying to shoot his shot with singer Amara La Negra on air, but it now appears as though Nick is a taken man. Supermodel Jessica White has gone public with their alleged relationship with a saucy pic on IG. The black and white snap involves Nick looking dapper in a three-piece suit and bowtie with the model behind him wearing… nothing. She has wrapped herself around her man and has placed her left hand on Nick’s nether regions as if to state her claim.

Another photo from the same shoot has the pair donning the same attire, with The Masked Singer host placing his hands on his woman’s hips and her covering her breast with her own hand. “Always been the love of my life always will be. REAL love can never be broken. You are me and I am you for eternity. @nickcannon you are a king always remember that s***,” read the romantic caption written by the model who has previously dated John Legend, Trey Songz, and Ryan Phillippe.

Always been the love of my life always will be. REAL love can never be broken . You are me and I am you for eternity. @nickcannon ?? you are a king always remember that shit.

The comment feature on the post (which has almost 21,000 likes) has been disabled, but fans took to Twitter instead, where they commended Nick on his choice of partner and seemingly gave the relationship their approval.