Lisa Hyper says Vybz Kartel is deserving of the Grammy he has his sights set on.

Vybz Kartel is slated to unveil his new album Of Dons and Divas soon and the project, which will feature a myriad of dancehall artists from veterans to new artists. The 16-track studio album is already being called the “Grammy album” by the incarcerated deejay who is speaking it into being. One woman who is definitely in support of the Gaza Boss earning that nomination is the camp’s first lady herself Lisa Hyper.

Lisa believes that the Worl’ Boss is already a contender for the Grammy, and him actually winning will prove that dancehall is, in fact, making an impact. Speaking recently to THE STAR, Lisa Hyper explained that copping the gold gramophone is the next stage for Vybz Kartel, who has led an extremely successful career. In addition to his multiple Billboard appearances, Vybz Kartel is the first hardcore dancehall artist to have a single certified gold by the Recording Industry Association of America. He did this with his song “Fever,” which was released in 2016 as part of his album “King of Dancehall,” which peaked at No. 2 on the Top Reggae Albums chart.

“Vybz Kartel always delivers musically and this album isn’t going to be anything new, he’s just going to be kicking things up a notch,” Lisa Hyper said. “He’s been on Billboard, he has a gold single and so the only next logical step is the Grammy.”

She continued, “It’s different steps and different stages, but his work always delivers, they’re always great. I’m not surprised he’s taking it to this level and I don’t think nobody else is gonna be surprised. They’re gonna just say ‘Well this man is really the don’. What I love about this album is the number of collaborations on it and most of them are young people, so a lot of people will get a buzz from it.”

Lisa Hyper went on to discuss the positive light that will be shed on the genre if Vybz Kartel is recognized by the academy and the stereotypes it would challenge. “It’s not like we’re not already great products in dancehall,” she explained, “is just that we’re not getting the help we need from the powers that be to push the music so that mek it look like dancehall nah do nothing and a just ignorant and dunce do dancehall when that is far from the truth.” 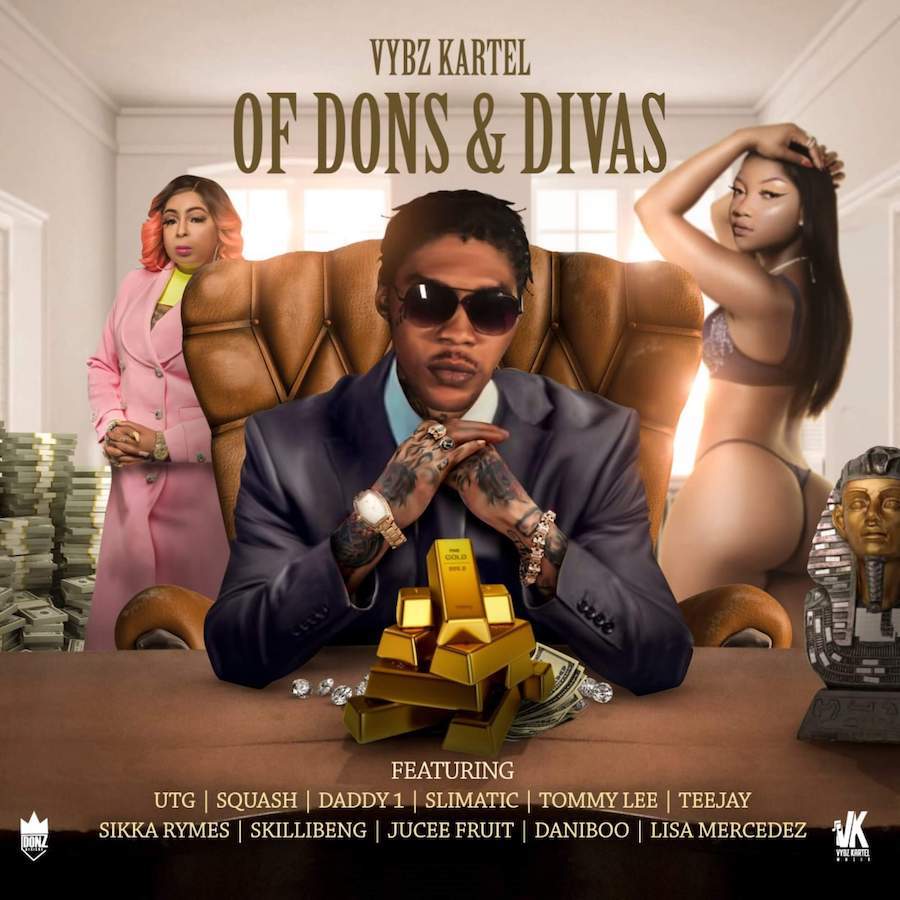 According to Lisa Hyper, “A nuh everybody inna dancehall a dunce thugs. Most a we intelligent, most a we talented and are great people. Dancehall been a happen and anything weh dancehall achieve, it supposed to achieve. This album winning a Grammy would just go to show that we been fi have dancehall albums a win more Grammys.”

Vybz Kartel’s fifteenth studio album “Of Dons & Divas” is scheduled to be released on June 26th and can be pre-saved or preordered now. Lisa Hyper will be featured on the album along with Skillibeng, Tommy Lee, Squash, Teejay, Kartel’s sons Likkle Addi and Likkle Vybz and his cousins Sikka Rhymes and Gaza Slimatic. The latter also spoke to THE STAR about Addi’s Grammy aspirations noting that his hard work deserves recognition. “They (the singles) are all great tracks on the album with good content that people can relate to, not only in Jamaica but internationally. With this album Vybz Kartel truly deserves that prestigious award,” Slimatic told the publication.

Many people share Lisa Hyper’s faith in Vybz Kartel and are expecting his Grammy nomination to manifest when it comes time for the announcement later this year. Can you imagine Vybz Kartel transcending from “Grammy-nominated” to “Grammy-winning” in the months ahead?