Vybz Kartel is taking his fans down memory lane with a series of vox pop type questions. One of his latest questions centers around the male entertainers of the once vibrant Portmore Empire. As the boss and leader of the Portmore Empire outfit later to be known as the GAZA, Vybz Kartel ruled with respect fueled by fear that none of his label members were immune to. While many in the dancehall have questioned his leadership style, many of those same individuals who have been led by him still sing praises for gifting them opportunities to showcase their talents.

Upon leaving the Bounty Killer led Alliance because of a collaboration with D’Angel, Bounty Killer’s former girl, who then became the wife of Killer’s rival Beenie Man, Kartel built on his own popularity in his home community of Portmore to form the clique of entertainers. Some of the earlier members included Deva Bratt, who was later dropped from the family after being accused of carnal abuse, Doza Medicine, and Vybz Kartel. Other members such as Shawn Storm, Blak Ryno, Jah Vinci, Gaza Indu, Lisa Hyper, Gaza Sheba, Popcaan, Merital Family, Gaza Slim, and Tommy Lee Sparta were added to the label as it grew. Vybz Kartel made it a duty to collaborate with all members of the outfit, and The Teacha is now asking fans for their opinion on which collaboration was the most exhilarating and why?

This question, in particular, was geared towards the males of the GAZA, as he asked fans to state who had the “BEST #GAZA COLLAB.” The photo collage of the artiste to choose from include, #breda(Shawn Storm), #ryno(Blak Ryno), #papi(Popcaan) #sparta(Tommy Lee) #vinci(Jah Vinci). 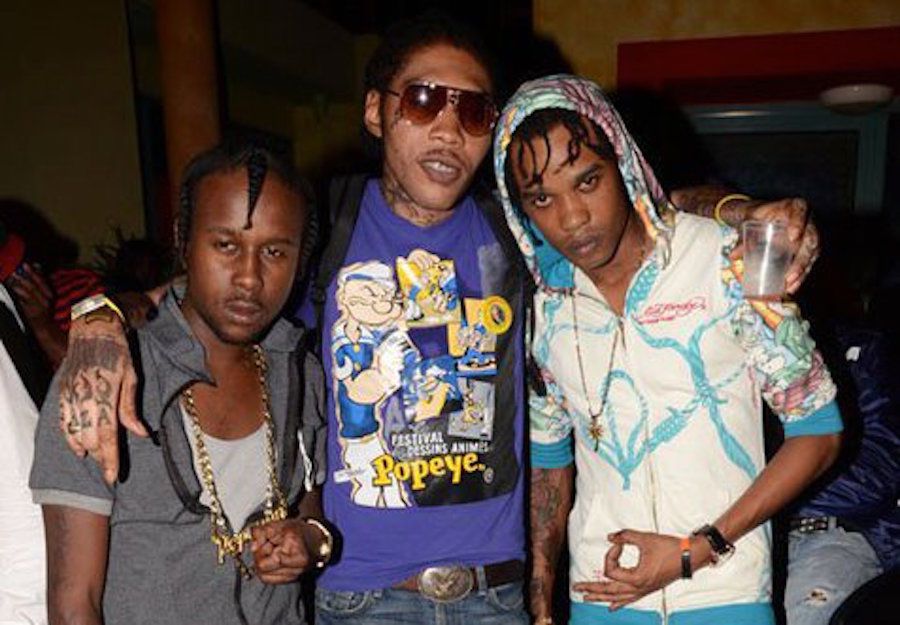 One commenter decided to give a breakdown of the areas where each artiste had their strengths. “@tommyleesparta fi the badman song dem @popcaanmusic fi different style @shawn_storm_official fi loyalty @blakrynomusic n @realjahvinci fi some bad singjay,” he said before asking Vybz Kartel “how me sound.”

While many were unable to make a decision of which collab was the best, other GAZA fans had their favorites tucked and ready to brandish. Popcaan’s name became a staple in the comment section, with at least one fans giving a breakdown for choosing Papi. “mi haffi sey d truth now alla dem bad but d Clark’s wid papi mi dey a Istanbul n hear it a play so a Popcaan,” she mentioned. Other Popcaan Vybz Kartel tracks include, “We Never Fear Dem” on the So Bad Riddim compilation and 2011’s “Empire Forever” compilation which included the remaining Gaza members at the time.

However, in the same way, that Popcaan had a plethora of fans shouting his name in the comments, Di Stinga’s collaborations were also remembered. “Ryno Collabs r fyah always d hardest my opinion… den pop and Vinci’s den Tommy,” listed one fan.

Noteworthy collaborations between Vybz Kartel and Ryno include, “Gaza Christmas,” “Broken Cry,” and “Super Star.” Sadly, the friendship and business relationship did not end on good terms between the two, and Ryno departed from the Gaza camp in 2010. Ryno later revealed that his number one reason for leaving was when Kartel took the money he was saving to build his mother’s house and laughed about it.

Jah Vinci was also featured regularly in the comments, with many fans seeing him as the most melodic and lyrical of the talents being compared. “A Jah Vinci mi seh eno. All of them bad but jahvinchi killed it fam,” commented Dj Ashile, one of Jamaica’s top deejays. Jah Vinci also found himself in the comment section and saluted his Gaza family. He wrote, “1 G!!! All when the government a try implement 5G #gazanation.”

The “Mama Love” singer was announced to the world with a Kartel collaboration titled, “Weh Dem A Guh,” which landed on Di Genius’ Day Rave Riddim. He also landed another collaboration with Addi titled, “Murda Informa.” Sadly, the singjay became the 4th member to leave the GAZA in 2011 after being signed in 2008. While speaking to The Star at the time of his departure, he mentioned, “Mi in Gaza a long time now, and at the end of the day everybody else a get out there and my work not really getting the recognition.”

Tommy Lee was one of the last members to join the GAZA outfit. However, his impact was immediately felt with Vybz Kartel’s collaborations such as “Blood Bath,” “Betray The Gaza Boss,” and “Informer.” Gaza fans from as far as Africa have thrown their support behind Tommy Lee. “Tommy Lee anytime any day world boss Ghana Gaza,” commented one Gaza fan. However, like many of the members of the clique of entertainers, Tommy’s name did not miss the controversy that came with the now-disbanded Portmore Empire.

In 2014 a voice note of Tommy Lee crying after receiving threats from Vybz Kartel began circulating on social media. An emotional Tommy Lee can be heard saying, “Him a say everything good and me go back around him and he fired a shot in my head back.” His lawyer denied Tommy Lee was the one who recorded the audio however, he never denied it was Tommy Lee’s voice heard in the audio.

One member who has never left the GAZA or openly questioned Vybz Kartel’s leadership is Shawn Storm. The two are currently facing time behind bars for the murder of Clive’ Lizard’ Williams. While Siva’s musical accomplishments are less than those of the other men listed in the post, collaborations such as, “Yuh Whine Have Value,” Superstar,” and most recently “Millennium Gallis” featuring Shane O, have are all worth a listen.

It should be noted that the other members of the GAZA have plenty of other smashing collaborations between them.

What is your favorite male Gaza collaboration?