Cuban Doll is bawling on Instagram Live after her sex tape gets leaked.

Hip-Hop artist Cuban Doll is humiliated after a woman named Ari alleges leaks a sex tape of her and her rapper ex-boyfriend Tadoe. After the video started making the rounds online following what Cuban Doll described as months of harassment and Ari holding the video over her head, she took to Instagram Live to make an emotional statement about the invasion of her privacy and how it has affected her and her family.

“My nieces and nephew they call me every f*ckin’ day and tellin’ me what they seeing on the Internet,” Cuban Doll said through tears. “And that b*tch Ari, okay, you so happy you got a video of me and Tadoe f*ckin’ from last year on my birthday when I was drunk,” she continued on IG Live. “I don’t give a f*ck, it’s the fact that my nieces and nephews gotta see that sh*t. They gotta get on the Internet and see they auntie—you feel what I’m sayin’. That’s the only thing that I really care about, and my daddy, my family gotta see that.” 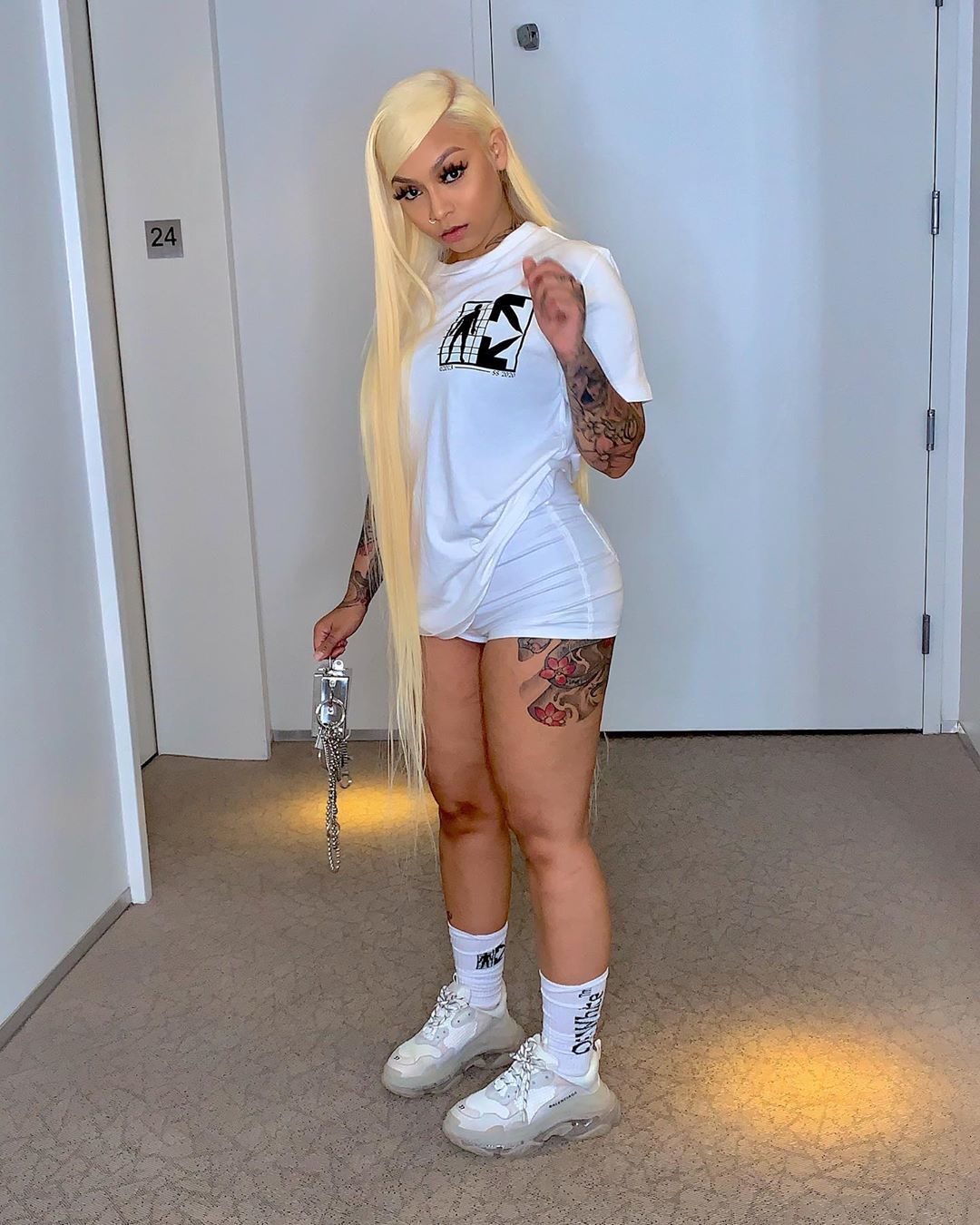 According to Cuban Doll, her and her former rapper boyfriend, Tadoe, had a drunken sexual encounter last year on her birthday, and Ari managed to retrieve the footage from his phone and dangled it like a carrot in front of her face for half a year. “The b*tch has been holding the video over my head for about six months like, ‘Imma post the video, Imma post the video,'” Cuban explained. “Okay, go ahead! I’ve been tellin’ the b*tch to post it. I don’t give a f*ck.”

While Cuban Doll claims that she and her team were “well prepared for this,” her reaction says otherwise. The rapper appeared to be a complete mess on Instagram Live, albeit she claimed to be most disgruntled about the fact that her family would have to experience the embarrassment as well. “It’s the simple fact that my nieces and nephews gotta see that sh*t,” she said. After the Live session, Cuban Doll further apologized to her family in an Instagram post. “To my family I’m sorry,” she wrote. “Yeah I’m mad becus I have nieces and nephews that look up to me. Only reason why I was crying like my poor baby got to see that yuno..?” she added.

Through her emotional distress, the rapper threatened to expose Ari’s dirty undergarments as revenge. “Ari, you a lame ass b*tch, now we finna f*ckin’ post yo’ f*ckin’ dirty ass panties, b*tch, where you left yo f*ckin’ dirty panties at Tadoe’s house,” Cuban Doll said. At the end of the day she found solace in the fact that it wasn’t “no random a** n*gga” who got her on camera. 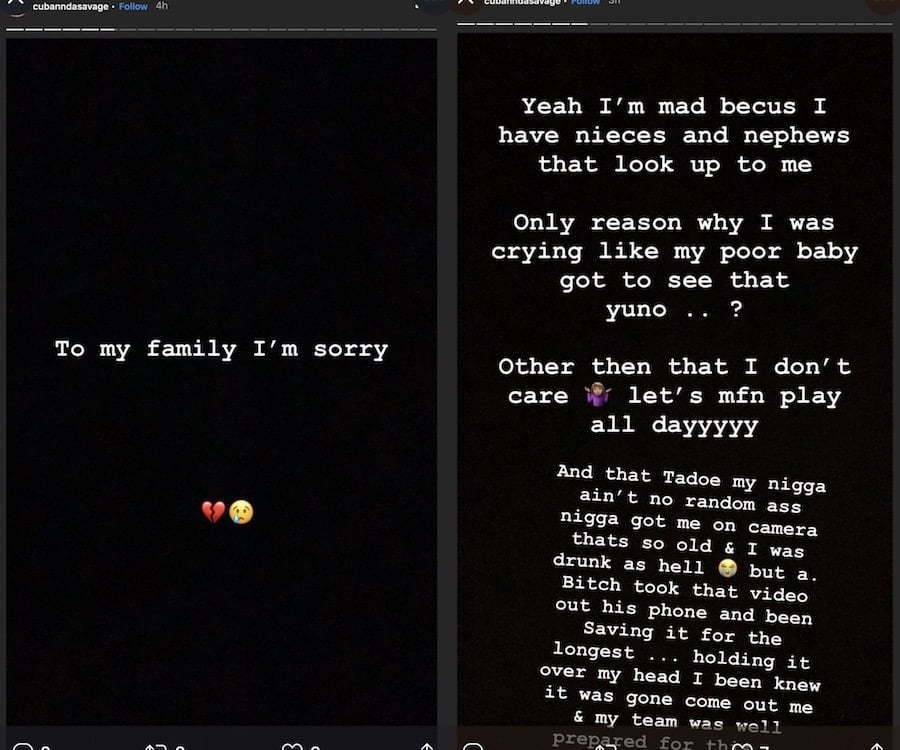 “Other than that I don’t care, let’s mfn play all dayyyyy,” she said after the apology to her family. “And that Tadoe my n*gga ain’t no random ass n*gga got me on camera that’s so old & I was drunk as hell. But a b*tch took that video out his phone and been saving it for the longest.”

Cuban Doll and Tadoe’s girlfriend or ex-girlfriend Ari have been beefing for some time while Tadoe has been in the middle of it all. In a video from December that was posted on the Shaeroom, Ari showed up to Tadoe’s crib, where Cuban Doll was after a heated exchange between the two women online that led her to cause a scene at the house and record it for the internet to see. During the encounter, Ari claimed that Cuban Doll was too scared to come out of the room, and she threw her things over the balcony. The women have had a lot of back and forth about what Tadoe says and who Tadoe wants.

It seems it was only a matter of time until Ari dropped the carrot online. Now the war continuing depends on whether Cuban Doll will actually retaliate as she claimed. Though I’m not sure, anyone really cares to see Ari’s dirty panties. Do you think this war is over or far from it?