Teejay is mourning the loss of his close friend and right hand Grimmy.

Romeich Entertainment head Romeich Major, as well as artistes Teejay and Shenseea, are saddened by the loss of their dear friend Grimmy. The two took to social media to share their condolences for their associate that appeared to be very close to Teejay in particular. Grimmy has often been mentioned in Teejay’s lyrics and has made appearances in the deejay’s music videos as well.

In a post shared to her Instagram yesterday (June 4), Shenseea wrote: “RIP GRIMEY uptop_grimmyboss” alongside a photo of the Uptop Team associate who also goes by the name Romie. While details of his death are scarce, Urban Islandz learned from law enforcement sources that Grimmy, whose real name is Romario Wallen, was shot and killed in a double-murder that took placed yesterday along Rosalee Avenue in Kingston 11, in St. Andrew. The second victim is also an associate of Teejay known as Afro Man, real name Phillip Lewis. 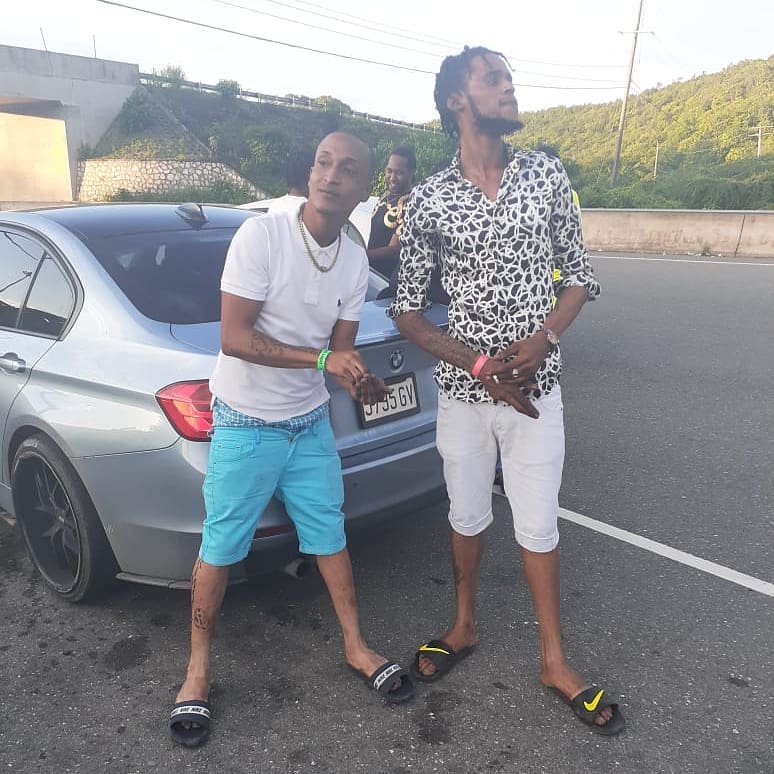 Teejay seems to be taking it the hardest. The Uptop Boss has cleared his Instagram feed and replaced it with two posts honoring his late friend. Neither post came with a caption, but the first is a video of Grimmy saying, “Uptop foreva” while the second is a still shot from Teejay’s 2019 music video “Grimy” where the deejay is front and center with a serious demeanor while Grimmy stands in the background behind him.

Fans have been offering their condolences in the comments while the “Owna Lane” deejay mourns his close friend. Some close to the situation have expressed regret and appear to still be in disbelief. “All now me cya believe say me dawqq gone tpc,” one user wrote in the comments. Another said, “Jah knw R.I.P mi g all now mn cya blv” along with the crying emoji. One fan commented on the photo of Teejay with Grimmy in the background writing, “Man Right Hand Star #grimeydon” while another supportive fan encouraged the deejay with “Yuh go good bro… we got you.”

Teejay might be silent for a while following the sad passing of his friend. We hope he finds solace and has support. Police officers are investigating the murder, but so far no arrest has been made.

Rest in peace Grimmy and condolences to Teejay and the rest of the Romeich Entertainment camp.

A post shared by Romeich entertainment (@romeichentertainment) on Jun 4, 2020 at 4:51pm PDT