Bounty Killer is on an all-out campaign to be a source of positivity and inspiration during these wild, chaotic times. Judging by his aliases, it’s no wonder he’s seen as a man of the people, and the generous ‘warlord’ has made commendable strides bringing hope and smiles to some deserving folks across the island.

He’s been quoted as saying that giving back is a lifestyle, and proves it, having established his own organization, the Bounty Killer Foundation, which is constantly involved in projects and patronage. The veteran’s most recent efforts were the donation of several building materials towards the construction of a home for a very grateful single mother in the Harbour View community.

The young woman, Ashley, was moved to tears on the spot as the ‘poor people governor’s’ gesture will greatly assist her own endeavors in providing some comfort for her small family. “She was emotional and overwhelmed at the same time,’ he shared, “pure joy and splendor today.” 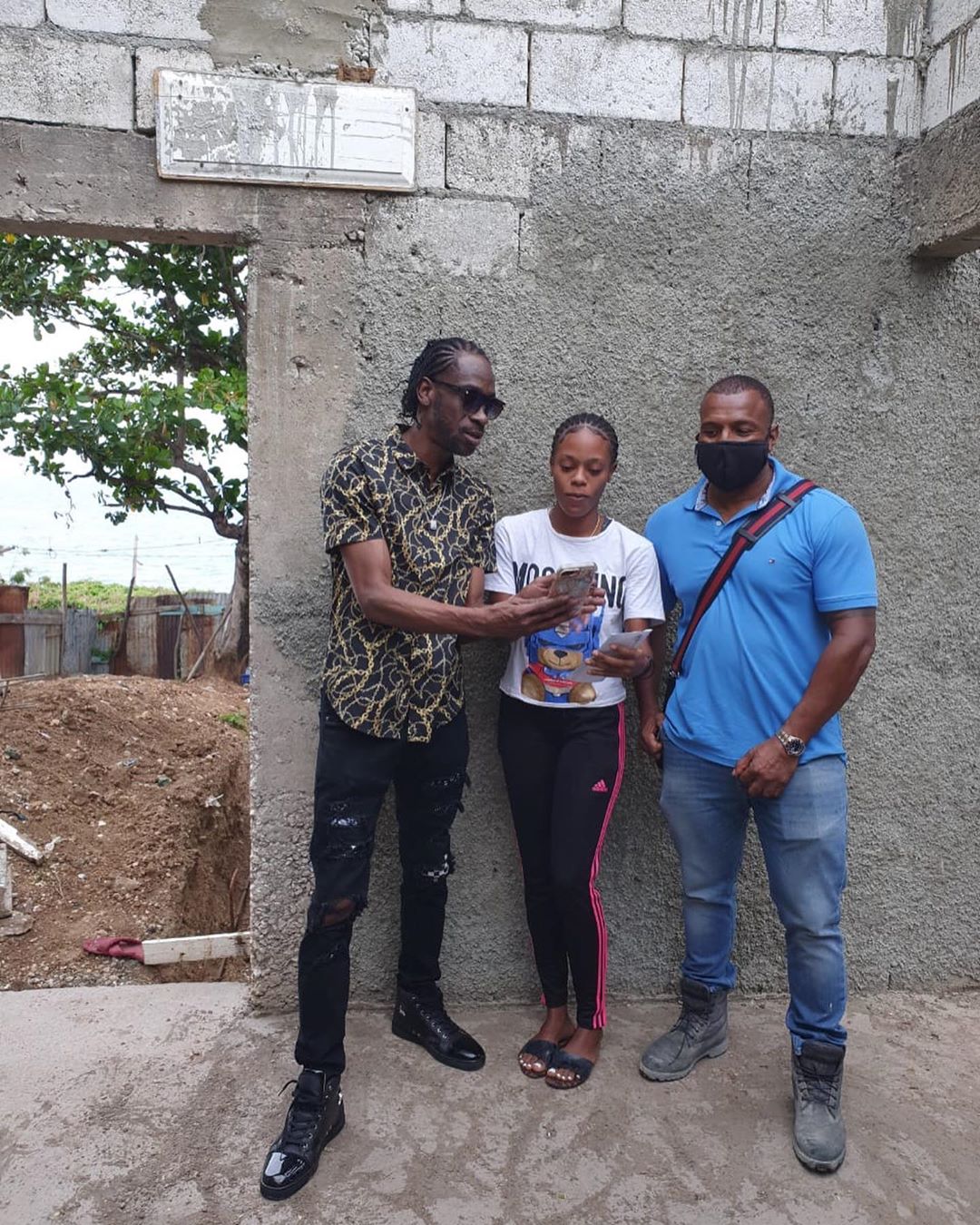 In a joint effort between Foundation fraternity members, Camille Lee and Clifton, from Belgravia Developers and Innovation Homes, Ashley was gifted with JM$100,000 along with adequate materials such as lumber and tiles.

In his Instagram caption, the ‘Its a Party’ hitmaker gave the most appropriately worded summary of this spreading of good fortune: “The gift that keeps giving will forever be gifted.” Following a groundbreaking, internet-breaking, and record-breaking show at the recent Verzuz Battle, Bounty is now a part of the “Verzuz Effect” where he and fellow contender Beenie Man pulled in a whopping 500K viewers to the weekly series. Both artistes have also seen a surge in sales of their music, plus the praise, merchandise, and memes just keep coming.

Bestowed with all of this, Bounty has chosen charity above any other expression of gratitude, “shrinking the opportunity between poverty and opportunity” as one fan put it, or “the honorebel Mister Rodney Price shows the way,” according to another. His post Verzuz Labour Day project was also a success, where the man himself came out to play his part, paying it forward on his bountiful blessings and good fortune.

Earlier today the Bounty Foundation made a bountiful smile upon Ashley’s face a single mom struggling to finish a one Bedroom and Bath in the Harbour View community was provided with 100,000JMD along with adequate materials for the room including floor tiles wall tile 2×4 lumbar and plywood it was a joint effort between the foundation and two of its fraternity members Miss Camile Lee @superwoman_camillelee and Clifton of Belgravia development and innovative Homes it was Camille who saw Ashely’s struggles on Facebook and decided to reach out to me and Clifton @belgraviadevelopment so on we extends our care and gratitude towards fellow Jamaicans Each One Teach One To Reach One???????? @bounty killer_fanpage @bounty_killer_media @bountykillervevo @bountykiller_roadie @bountykiller_fanpage ASHLEY’S Contact +1 (876) 551-0374 if anybody out there wants to donate and help her!!