Shenseea is getting some heat on social media for posting these images with a tone-deaf caption amidst George Floyd’s death.

What supposedly began as another day at the ‘office’ for dancehall sensation Shenseea quickly turned into a PR nightmare with some fans even hitting the unfollow button. It all began when Shenseea took to social media to share a treble of racy photos of herself dressed in a mock-up of a police suite, furnished with a prop gun, cuffs, and hat resembling that worn by members of The Jamaican Constabulary Force. The navy blue bodysuit designed by Romeich Wear was further enhanced by the striking red lips of Shen along with a truly mischievous look from the “Blessed” singer.

She left an authoritative caption below the post. “DO NOT RESIST?? Ladies and Gents..I promise to serve you,” she wrote before dropping a couple of purple-colored, smiling devil emoticons. In mocking a common statement that Jamaican police said to be frequently used, she asked, “wa u can you do fi yuhself?”

The “Pon Mi” deejay also shared a couple of short clips to her Instagram Story explaining how she would have transitioned to a police officer if being an artiste was not on the cards for her. Through her IG stories, many fans also found out that the law enforcement dress-up was for a music video shoot. While some fans admitted that Shenseea looked fantastic as a cop, several others, seemingly those based in or who have strong ties to the US, thought that the timing of the post left for a terrible aftertaste. 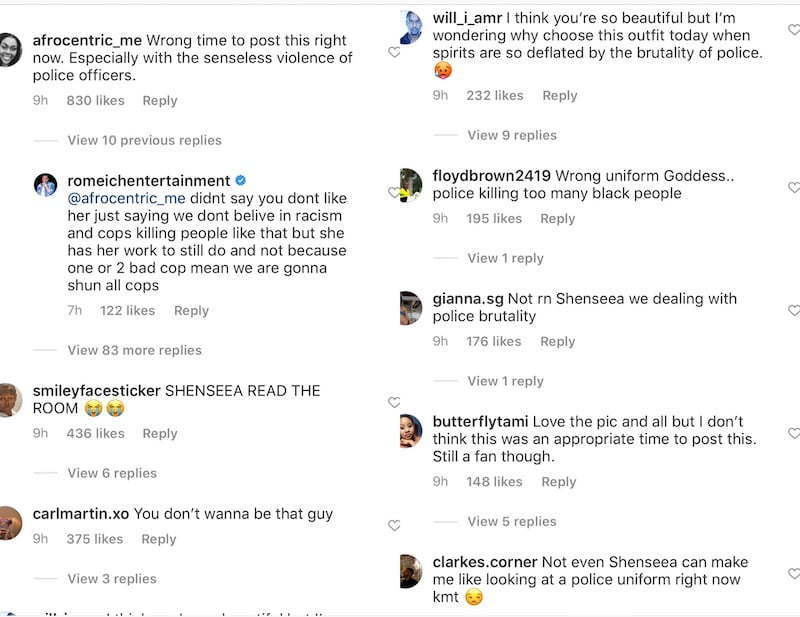 It was clear that their views were gravely affected by the recent police killing of a Minneapolis man, 46-year-old George Floyd. Several cameras captured Floyd as he pleaded to be let up off the ground until he took his last breath. This all occurred while his neck remained clutched under one of four police officers’ knees, responding to the non-violent forgery call. Floyd’s killing as since sparked outrage among many celebrities along with the people in Minneapolis, leading to mass riots against police.

With the black community on edge, one follower decided to call out Shenseea and her camp for the posting the pictures during this delicate time. One loyal Shenyeng threw her support behind the songstress by stating, “Kmt a d lady page!!!!! Mek she post wah she wah post. Unu tek things too personal n ohh not every police are bad!!! N with all thats going on, ja police wayyy far better than dem others n its no cap.”

Romeich then injected himself into the comment, stating, “She is on her video shoot u cant say wrong time to post a pic not because you have police doing wrong that mean that all cops are wrong and evil careful of how u pree things thats goes to you as well.”

He continued, “It’s a painful time for us black people but her work still goes on and we will continue to respect the good cops.”

“Nobody said she was doing anything wrong. Just to be a little sensitive. I actually love when,” responded the same fan before Romeich wrote, “didnt say you dont like her just saying we dont belive in racism and cops killing people like that but she has her work to still do and not because one or 2 bad cop mean we are gonna shun all cops.” 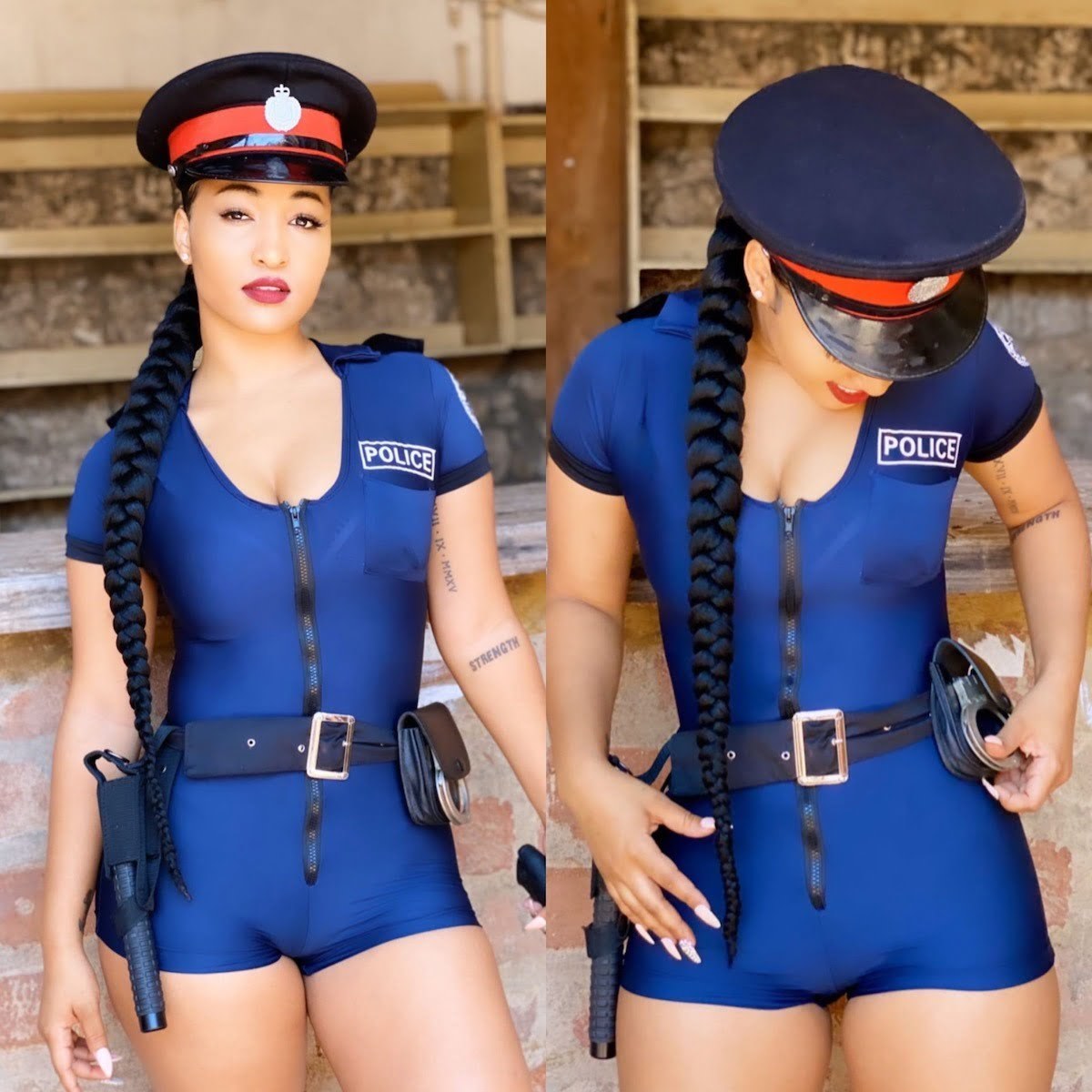 One fan quickly stepped up to question the label owner about his previous comment. The growing comment thread was then interjected by another fan who requested that Romeich revised his marketing approach.

“For her to post something like this is done in poor taste because I am sure if you had took the time to just open social media you would’ve seen it everywhere”, she said.

“I’m not saying stop her bag, and she doesn’t have the right to make money or do her job but it’s incredibly insensitive for her a person of colour a artist I myself looks up to a mother to a young black man to post something like this right now it’s inappropriate unnecessary,” the fan added.

“This don’t sit right with my spirit! Delete this while you still have time,” another fan said.

“You look cute but this is a little tone deaf in light of that man that was just murdered by the police because they lied and said he was resisting arrest,” one woman said.
Another added, “This is the wrong time for you to post this, especially the caption.”

“I think you’re so beautiful but I’m wondering why choose this outfit today when spirits are so deflated by the brutality of police,” mentioned another fan.

One fan decided to take her feeling of betrayal to a new level, “This post is in very bad taste given the current events in Minneapolis. You can’t be this thirsty for likes #unfollow.”

However, the flaring tempers of the fans were countered by positivity from the likes of Ding Dong, Cecile, Desha Ravers, UK talent Ms Banks, Trinidadian Nailah Blackman, and US-based artiste Dovey Magnum.

I’m really curious to who on her team thought in this climate, with everyone mourning the loss of another innocent Black Life, that it was okay to post that fuckery. And the caption didn’t make it any better… it was clearly a poorly thought out publicity stunt. Smh! pic.twitter.com/2orU50WAVm

Bwoy shenseea mi like you but you couldn't have picked a worst time to make this post and it'd sad you have no one around you to tell you that https://t.co/o1NbcjH2RU

Shenseea continues to hurt her own career…. and instead of removing the pic all together she just turn off the comment smh

I love me some Shenseea but she need to be more aware and probably get a more experienced management team because wtf. pic.twitter.com/OWDEoa7eVo