Quavo told Lil Wayne that Migos’ next album will not be called Culture III.

After dropping their solo projects last year, Migos fans have been yearning for the next installment in the Culture series. The first and second installments saw enough success to warrant a third installment to complete the trilogy, but it seems fans will have to wait a bit longer for part three. During their recent appearance on Lil Wayne’s Young Money radio, Quavo shared that their next album won’t be titled, Culture III.

“We gonna push [the] ‘Culture III’ title back, we gonna change the name this time,” Huncho said. 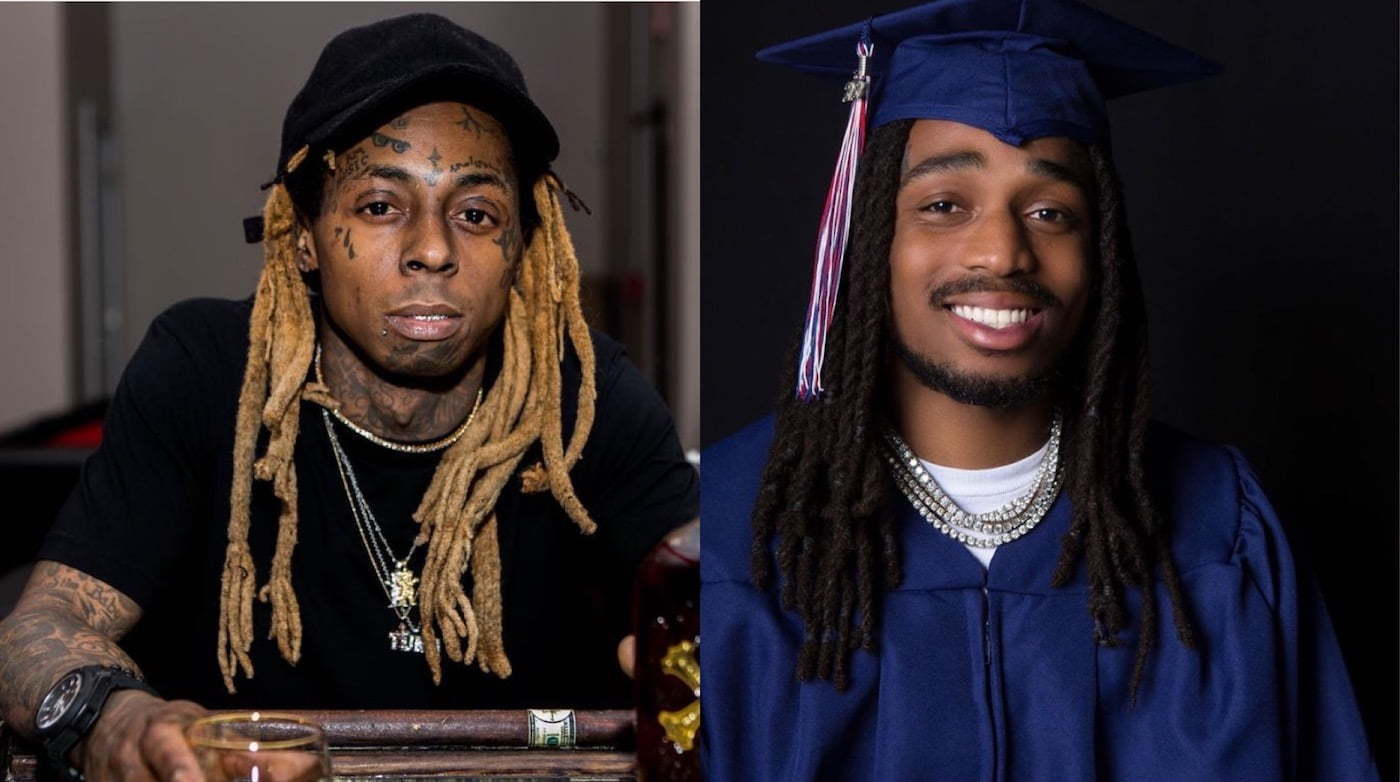 Quavo, who recently graduated high school, credited Lil Wayne for motivating him to pursue higher education. At the age of 29, rapper Quavo received his high school diploma this week after dropping out as a teenager. The Migos member graduated from Berkmar High School in Lilburn, Georgia and proudly announced his achievement on social media with pictures of himself in a cap and gown and the caption, “Finally can say I graduated high school class of 2020. We lit. Now what college should I go to?” The recent graduate joined Lil Wayne on Apple Music’s Young Money Radio on Friday to talk about his decision to go back to school and let Weezy know how he inspired him towards his goal.

During the interview, Quavo also explained that he was always involved with charity work for the school, and the current principal, who use to be one of his teachers back in the day, also called him and encouraged him to go back and finish high school.

Lil Wayne was clearly flattered to be given any credit in Huncho’s achievement, responding, “I’m glad I was in any kind of way of helping that idea, that decision, man. That’s love right there, man.”

The two went on to discuss college prospects, with Quavo saying he might continue to follow in Wayne’s footsteps by pursuing a degree. The Migos rapper also took the opportunity to discuss his latest projects, promising a new album release from the group in the near future.

.@Migos speaking with @LilTunechi, confirming Need It with YoungBoy is on the album but won’t be called Culture III #YoungMoneyRadio pic.twitter.com/xKr579qKTy