Rapper Future is still not getting along with his eighth baby momma Eliza Reign and has called her an “ugly mistake.”.

It’s merely a week since Future dropped his new album “High Off Life” after a surprise announcement. It’s also around the time that the rapper found out that according to a court-ordered paternity test, he is the biological father of a one-year-old daughter with social media model Eliza Reign. Future has been feuding with the mother of his daughter Baby Eliza for the better part of a year both in courts and on social media.

On top of initially paternity and holding to that for more than a year of the child’s existence, Future filed lawsuits against his baby’s mother Eliza Reign for harassment, defamation, and more. He even tried to get a gag order granted by the court to stop Eliza from discussing their relations in the media, but that was thrown out along with his invasion of privacy argument. Amidst finding out that the child he has been denying since 2018 is in fact his, Future is ranting on Twitter using language that has fans speculating that he is talking about Eliza.

“People make lies up to make they self feel good,” he wrote. “Leave them ugly girls alone… Dnt get high and treat a ugly girl pretty…HUGE MISTAKE,” his tweet spree continued. “Ugly girls b in imaginary relationships. I told my dog learn frm u… u act jus like u look. I’m frm murder block 22 Kirkwood. Caught me slipping ok so what,” the rapper added. 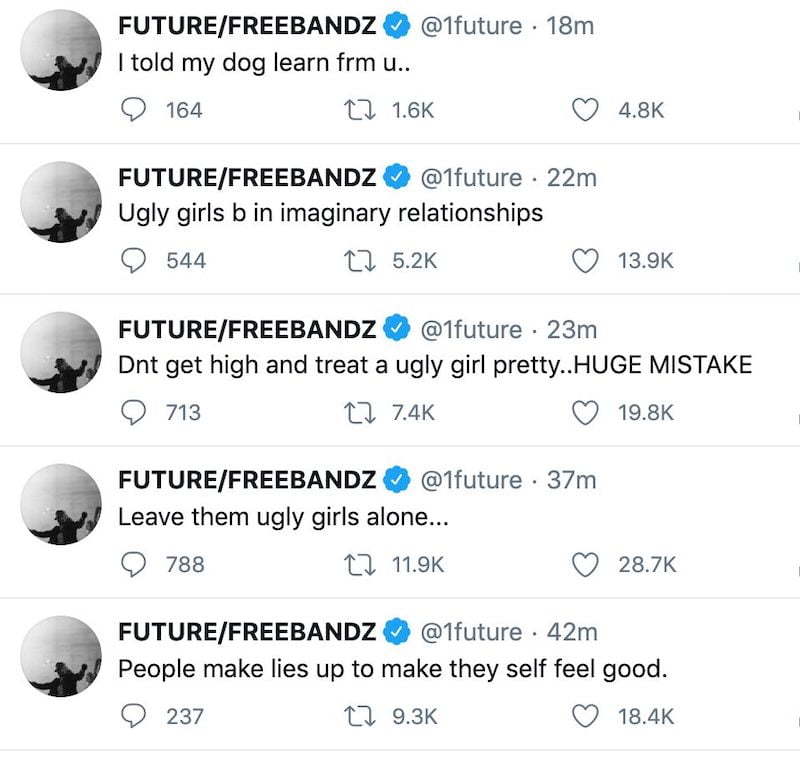 Eliza Reign clapped back on Instagram in a lengthy post that exhibited her crafty marketing skills, albeit sincere it might be. Eliza advocated for women empowerment and denounced strife in her usual poetic public statement fashion. “In all seriousness, as women, we must stick together and stand against abuse of any kind,” she wrote. “I’m not perfect. I’m a work in progress. We all are. But we all are beautiful, even when we fall short of other people’s expectations. Beauty shown the best from the inside. Don’t let no one, man or woman, make you feel less or that you don’t deserve everything you have and pray for.” 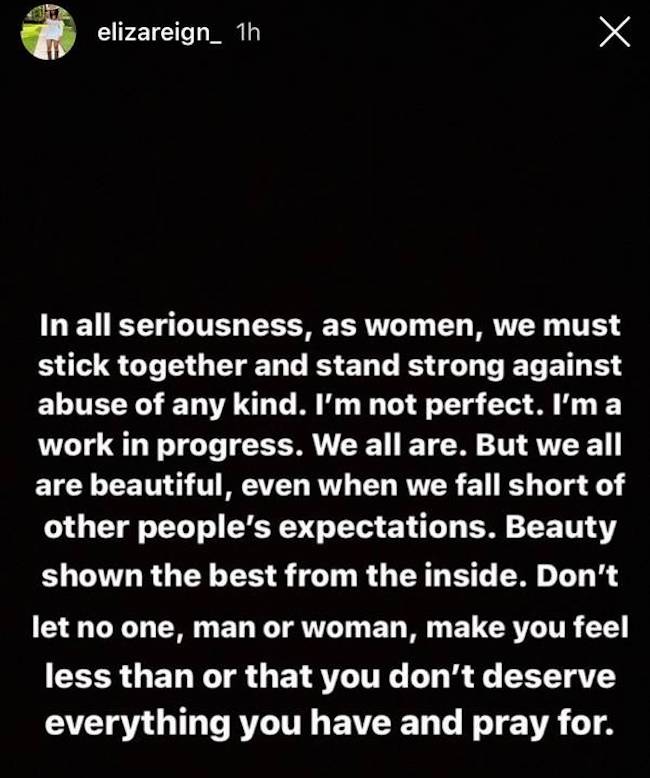 She went on to allude to not wanting to prolong the feud between her and her baby daddy for her baby Reign’s sake. In a lengthy post on Instagram Stort, Eliza Reign expressed her wish for the beef between herself and Future to be over for the sake of their innocent child. She also said that she will continue to fight for herself and her daughter, and called on women to unite against men who are abusive.

Future and Eliza may share a child, but it’s no secret that they don’t like each other very much. They have been trading shots at each other for months, but now that Eliza has finally proven that Future fathered her child, it appears she has risen above trolling the rapper on Instagram. 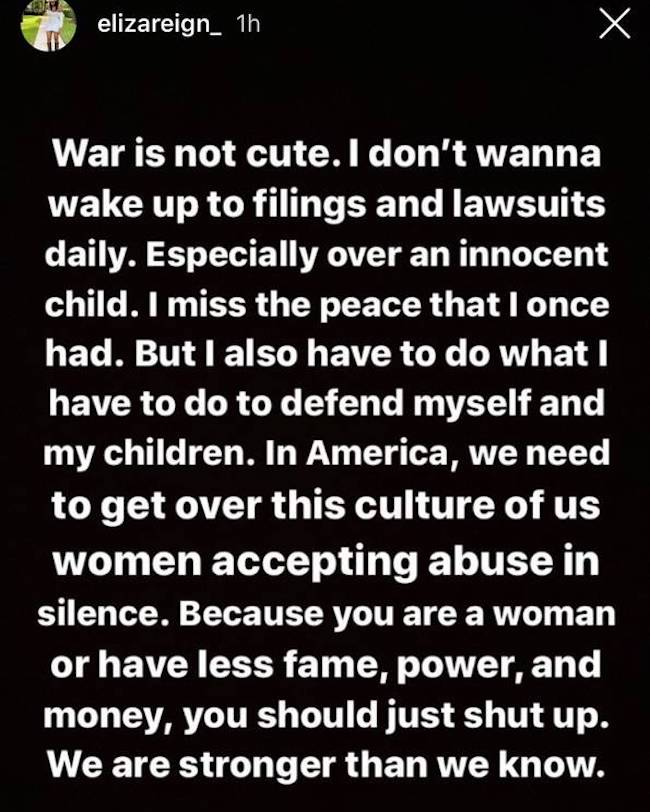 Do you think Future’s behavior has been to intimidate his baby momma into staying quiet as she suggests?