It seems Gaza fans will be getting more than expected from Vybz Kartel’s upcoming album, Of Dons and Divas.

The dancehall deejay cosigned a post made on Instagram by known Gaza supported Shemar Mckennon. The post spoke to the upcoming project set to be released in June. According to Mckennon, fans should “Look out for a Brand New Collaboration Song between Vybz Kartel, Jucee Froot and Tommy Lee Sparta that is going to be on Vybz Kartel New Album.” Vybz Kartel cosigned the message via a reply, which stated, “And @skillibeng.” Fans of both Vybz Kartel and breakout artiste Skillibeng expressed their delight at the revelation made by the Worl’Boss.

The additional song should definitely serve as a treat to fans who are already getting 15 tracks with collaborations from the likes of ft Sikka Rymes, Lisa Hyper, Daniiboo, Daddy1, Teejay, Squash, Likkle Vybz, Likkle Addi, Slimatic, Spice and Lisa Mercedez. The album’s format sees 7 tracks being placed in the category of Divas. Meanwhile, the remaining 8 tracks speak to the Dons. 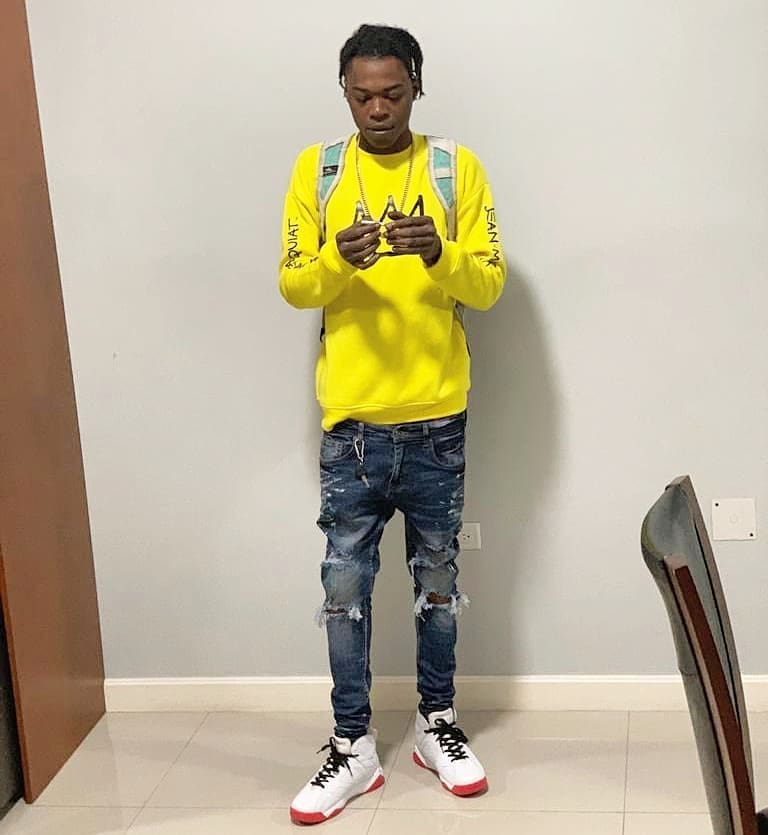 While the outline of the album seems to be well thought out, it should be interesting to see how all 4 artistes work together on the new track, of which the title is still uncertain.

Tommy Lee is known for his unique chants as well as his ability to switch flows and delivery, which makes him perfect for almost any project. This should prove well in transitioning to another talent such as Vybz Kartel, who also possesses the ability to maneuver over almost any beat. East Syde Records artiste Skillibeng, has proven himself to be a worthy player in the dancehall game. He has already churned out hits with songs such as “50 Bag,” and his breakout hit single “Brik Pan Brik.” His delivery could prove useful in transitioning to female rapper Jucee Froot.

Jucee Froot has been a member of Birdman’s Rich Gang in 2017. While it is still unclear if she is a part of that team, she did recently secure a deal with Loyal 100 Ent and Atlantic Records. The 25-year-old Memphis rapper released her “Black Sheep” mixtape earlier this year, which featured the likes of A Boogie Wit da Hoodie, Juicy J, and Rico Nasty. 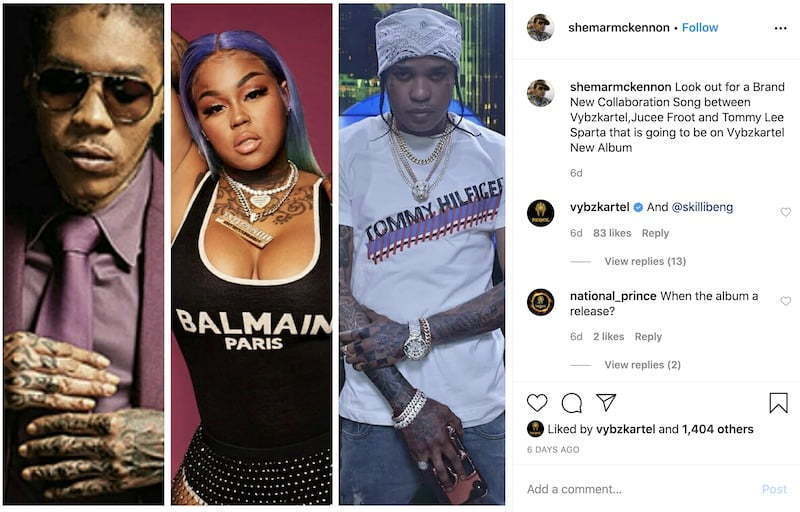 So far, fans have not been blessed with any other information about the track or the album, but they are already gassed for its release. “I didn’t know Christmas was in June,” commented one person.

There were also comments aimed directly at the recently announced collaboration. “Beautiful Collaboration. Keep it up ma people, Jamaica/Ghana forever,” said one person.

The mega collaboration could find its place towards the end of the album to provide a lasting effect, or in the middle to provide the bridge between Dons and Divas. It could be used to kick start the project.

Where would it be placed if you were in charge of curating the project?