The newly reinstated King of New York promised to keep his trolling to a minimum. However, it seems he just cannot help himself amidst all the attention he has been getting.

Rich the Kid and Tekashi 6ix9ine have been trading words on social media ever since Kid expressed his disappointment in the “Gummo’ rapper’s public corporation with law enforcement. “Honesty imagine coming home a [rat] and thinking [you’re] the king of New York City anybody from the city should be disrespected and that’s just facts,” wrote Kid on his Instagram.

Tekashi 6ix9ine didn’t miss out on a chance to one-up the “Plug Walk” rapper after TMZ broke the news that Kid was being sued for unpaid jewelry worth over $234,000. However, Kid dismissed all claims that he owes Peter Marco of Extraordinary Jewels of Beverly Hills any money. 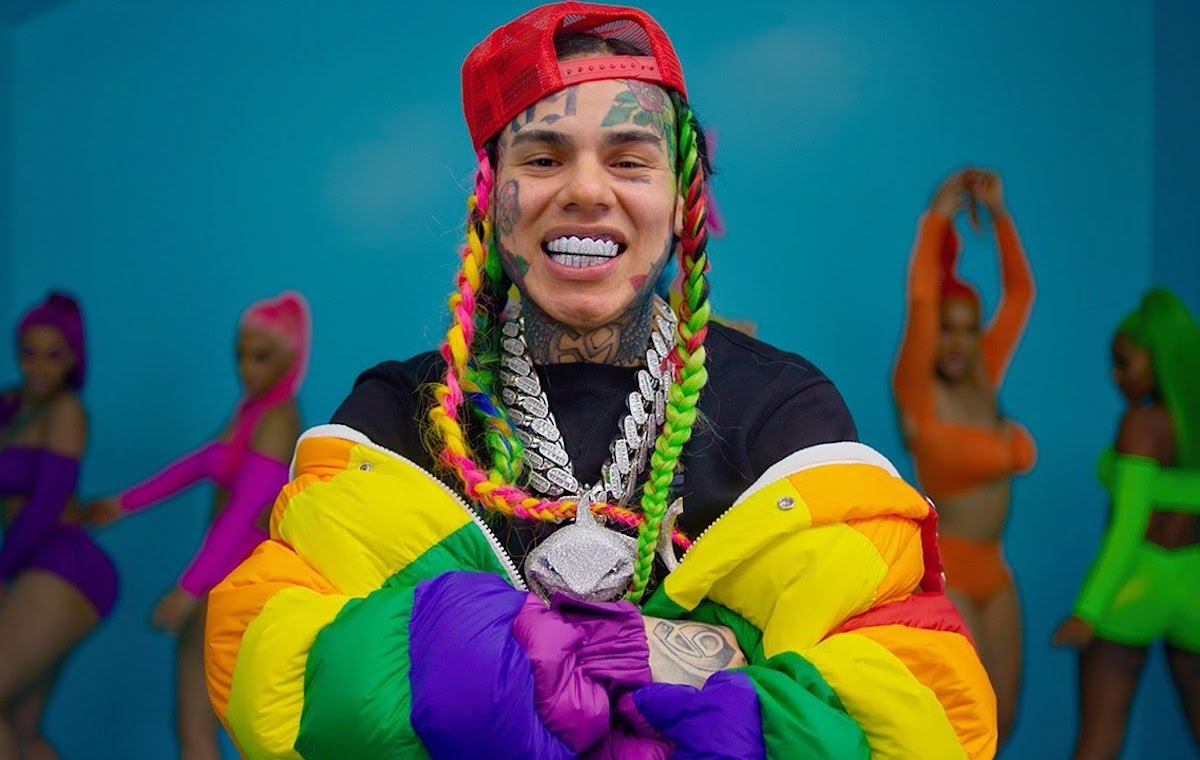 “I repeat @eliantte is my only jeweler,” wrote Rich on his Instagram Story. “Y’all other n***as got FAKE stones. … Stop playin’ wit my name in the pandemic I might go spend a half a ticket today. God bless.”

Tekashi69 showed that sometimes less is more when he responded with an ellipsis below another Instagram post, which ran the story surrounding the lawsuit.

“I got the time & you sure as hell ain’t got more money than me or jewelry or CARS,” replied Kid, showing that he was down with whatever Tekashi was serving up.

It didn’t take long for the rainbow hair rapper to troll Rich even though his jab was initially wrapped up in a cloud of positivity.

Tekashi seemingly stepped away from his usual antics and turned his head to helping some of America’s less fortunate youth. The rapper issued a bountiful $200,000 to the No Kids Hungry Foundation, but it was rejected. The organization’s main focus is to end child hunger in America. 6ix9ine conveyed that many families who previously depended on the public school system for food have been stranded as a result of the COVID-19 clampdown. The announcement was paired with a heartfelt message asking fellow influencers to use some of their wealth to enhance the lives of the less fortunate.

#richthekid says #tekashi69 got finessed for his jewelry ?. Who ready for a chain for chain battle between em??

However, Tekashi’s charitable bug was still buzzing and led to him pledging to help Rich The Kid out of the tough spot he is in. “Lets donate to rich the kid jewelry dept next,” joked Tekashi 6ix9ine.

Just hours later, Tekashi’s $500k Lamborghini Aventador and his $375K Rolls Royce Wraith, which were first spotted at 6ix9ine’s second busted hideout, were videoed being towed to a different location.

#tekashi69 wants y’all to donate to #richthekid jewelry fund next. ?rich the kid said he wanted to go car for car and money for money with 69 before ?

Speaking of location, Rich The Kid announced his return to NYC with a bold statement, “The King is home.” He also decided to show just what he meant by going car for car, when he shared his blue Lamborghini on his Instagram Stories to his almost 8 million followers.

Since then, many persons have started to question who has the bigger bag. A few comments, presumably from fans of Tekashi, went as far as to accuse Kid of renting the Lambo since he is in debt. However, those claims have not been proven to be true.

Looks like #tekashi69 luxury cars his $500k Lamborghini Aventador and his $375K Rolls Royce Wraith are currently being relocated after fans found it parked up at one of his mansions.