Popcaan chops off his signature locks and now beating a low fade, but fans can’t handle it.

A few new images which emerged on Popcaan’s Instagram account earlier today, are leaving many of his 2 million subscribers dumbfounded. At first glance, it seems like any regular image of Popcaan, but a closer inspection shows that Popcaan is missing his lovely head of hair. The ladies have revealed on numerous occasions that one of Popcaan’s most beckoning features was his lovely head of hair that was usually groomed in the most outlandish of ways.

With Popcaan leaving only a few words in the caption of the Instagram post, it left a lot to the imagination. “RAPID eeh UP!!! #876GAD the #JUDAH #UNRULY,” he wrote.

Protoje was left to ask, “What’s happening here??” Shenseea used a few emojis to show just how surprised she was, and songstress Toian just couldn’t believe it, stating, “A lie u a tell.” Nonetheless, there were some persons who were appreciative of the new look. Jada Kingdom called the look “Smart,” G Whizz mentioned, “Different Style Cahh Spoil,” and Chinese Kitty also threw some support behind the look when she commented, “New cut new you!!” 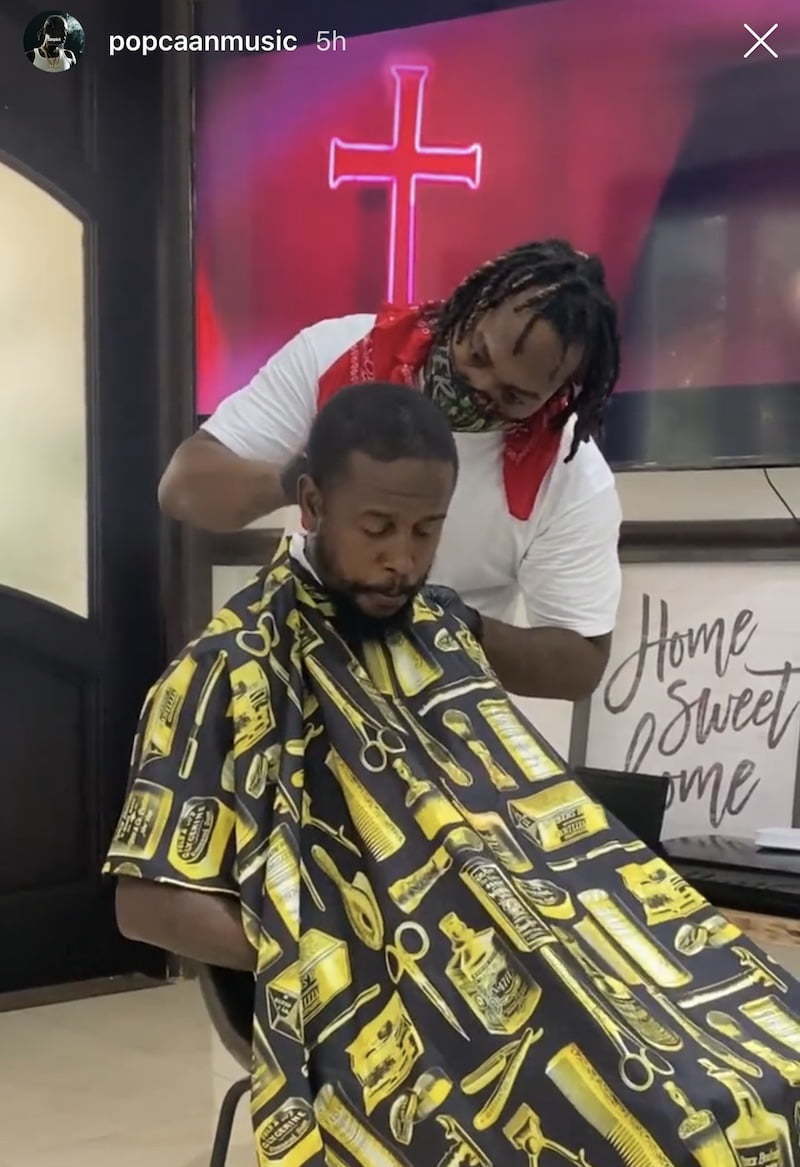 The question still remains, why would Popcaan cut his hair? Is this a marketing ploy? Or is this a case of self-quarantining gone bad?

The answers to these questions seem to lie somewhere in the hashtags Popcaan used in his caption. The Unruly protege Quada used similar words in his comment below the post. He typed, “Judah papa skull.”

While assumptions should never be made on things like this, there is a strange feeling of a brand new release being prepared to hit the streets.

Many of Popcaan’s fans thought closure would have been provided during an Instagram LIVE session held mere hours after the release of the images. However, viewers were only treated to the red glare from the spliff he was smoking, while a few songs played in the background.

As Popcaan must have expected, the memes started rolling in. The deejay shared two of his favorites to his IG page. One place the “Family” deejay next to a cartoon image of Little Bill. “Lil bill with the killyy #JADAH,” joked Popcaan in the captions.

Another meme compared his hair transformation to a real-life kernel of corn, as it moves from its dormant stage to that of a fluffy pop-out ready to be consumed.

What do you think of Popcaan’s new look?

#outside new mixtape this month!!! #murdamurda