50 Cent has completely disowned his son Marquise Jackson and says that he is ungrateful and entitled, but it looks like Waka Flocka wasn’t feeling those sentiments.

The outspoken rapper has made several appearances in the media for his latest book “Hustle Harder, Hustle Smarter,” in which he opens up about his amazing comeback. 50 Cent went from rapper to bankruptcy to successful businessman and then television star and top executive. The unique self-help guide is his first since his blockbuster New York Times bestseller “The 50th Law.” In the book, Fifty also touches on his tumultuous relationship with his first son as well, which he has been talking about during his press run lately and is causing reactions.

In a recent interview with Van Lathan, the New York rapper briefly explained the cause of the rift between him and Marquise Jackson. The father and son duo apparently still have unresolved issues, and 50 Cent ain’t shying away from letting the public know – whether he is the “father” or not. For a dad to blatantly refuse his son, it’s usually considered drastic and very serious but we don’t know the intricacies of the situation, and we can only hope their relationship can be salvaged.

In a new interview on Instagram Live, Fifty shed some more light on the situation with his son saying, “When you pray for success, you don’t necessarily pray for the things that come with it,” 50 Cent explained. When asked if he still loved his son, the rapper responded saying that, “I used to.” 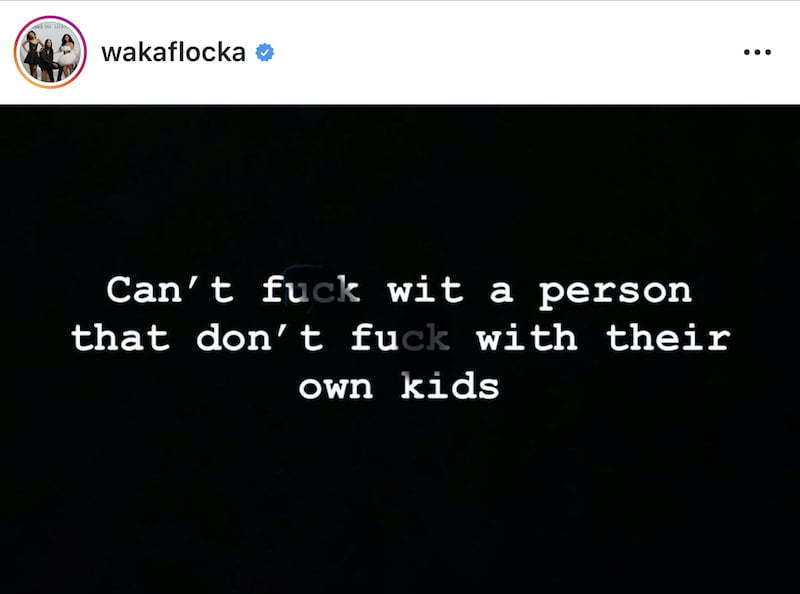 Atlanta rapper Wacka Flocka was unapologetic in what appeared to be his subliminal response to Fifty disowning his son. “Can’t f**k wit a person that don’t f*ck with their own kids,” Waka wrote on Instagram. In some ways, we can understand where the “No Hands” rapper is coming from, but again, we are not central to Fif’s experience and might not really be certain of what we would do ourselves unless we were in the situation.

From what Fifty has said in the press, his eldest son is a bit entitled regardless of having always gotten everything. The rapper says he hopes his young son Sire will grow up a lot different from his older brother. Do you think Waka was throwing shade at 50 Cent?

#PressPlay: During a recent interview #50Cent was asked if he would reconcile with his eldest son #MarquiseJackson. He talked about their falling out, and if he thinks things could be patched up!! (?: @xxl, @vanlathan, @95lal)