50 Cent attribute his success to the falling out between himself and his estranged son Marquise Jackson.

It doesn’t seem as if a reconciliation between 50 Cent and his son is on the cards any time soon as the rapper says he “used to” love his firstborn. The tale of Curtis and Marquise Jackson reads like a medieval folk tale, with the pair most definitely on opposing ends. Fifty was ecstatic when his son was born in 1997, even getting a tattoo of the boy’s name and saying that the birth of his son changed his priorities because he didn’t want things to be like how he and his own father were. Things didn’t turn out as planned, however, a rift began when Marquise was around 10 years old.

The animosity between 50 Cent and his baby mama, Shaniqua Tompkins, got Marquise caught in the middle as he allegedly took his mother’s side, according to the “In Da Club” rapper. In a new interview with Van Lathan for XXL, Fifty said, “His mom developed an entitlement that cannot be met, filtering that energy through his [Marquise] actual personal interests.” 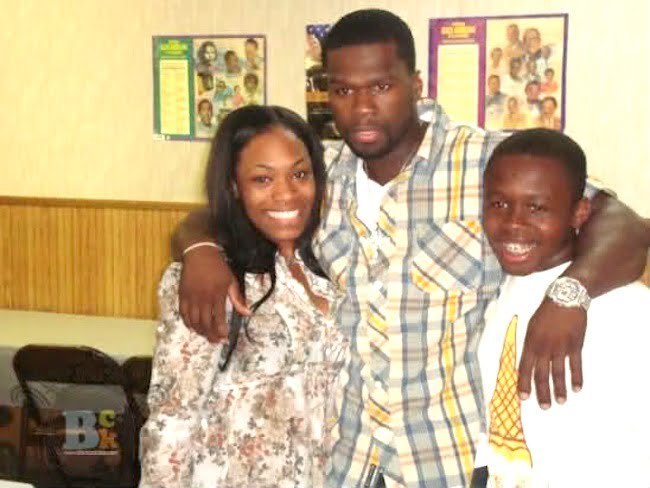 50 Cent elaborated in the interview that he did not realize the price he would have to pay for being the successful artist that he is and how that would affect the relationship with his son. 50 admitted that praying for success doesn’t mean you pray for all the other things that will come with it like jealousy, envy, and betrayal.

“It’s no such thing as success without jealousy, without envy or entitlement,” 50 Cent said. “I didn’t think that success would cost me my firstborn, but it’s the situation it is.”

Fifty added that Marquise Jackson sees him as his enemy and went as far as to pose for photos with several people who have beef with 50 over the years. Perhaps the G-Unit chief felt a sense of betrayal from his own son, who also released a diss track against him a while back.

50 Cent has publicly disowned Marquise and has even stated that it would not bother his son were he to be hit by a bus. He has now told Lathan that considering Marquise is an adult, he holds him accountable for his actions, leading to the conclusion that these two may never make up.

#PressPlay: During a recent interview #50Cent was asked if he would reconcile with his eldest son #MarquiseJackson. He talked about their falling out, and if he thinks things could be patched up!! (?: @xxl, @vanlathan, @95lal)