Things are looking even more likely that Playboi Carti and Iggy Azalea have become parents.

Rumors first struck up around December that Iggy Azalea was pregnant. Neither she nor Playboi Carti commented on the whispers that there was a bun in the oven, but the “Lola” rapper did try to put the rumors on ice by posting photos of herself to IG that showed off her flat stomach. The original reports claimed that the baby would arrive in the first quarter of 2020, and although we’re now in May, it seems as though there was some truth to the allegations after all.

Over the weekend, DJ Akademiks posted a meme to Twitter that wished Iggy Azalea and Playboi Carti well on the birth of their son. He supported the Tweet by claiming that he had spoken to some people that had confirmed its accuracy. The internet naturally went into overdrive at the thought of the Australian beauty giving birth in secret, but it appeared as if speculation and proof stopped there, until now. 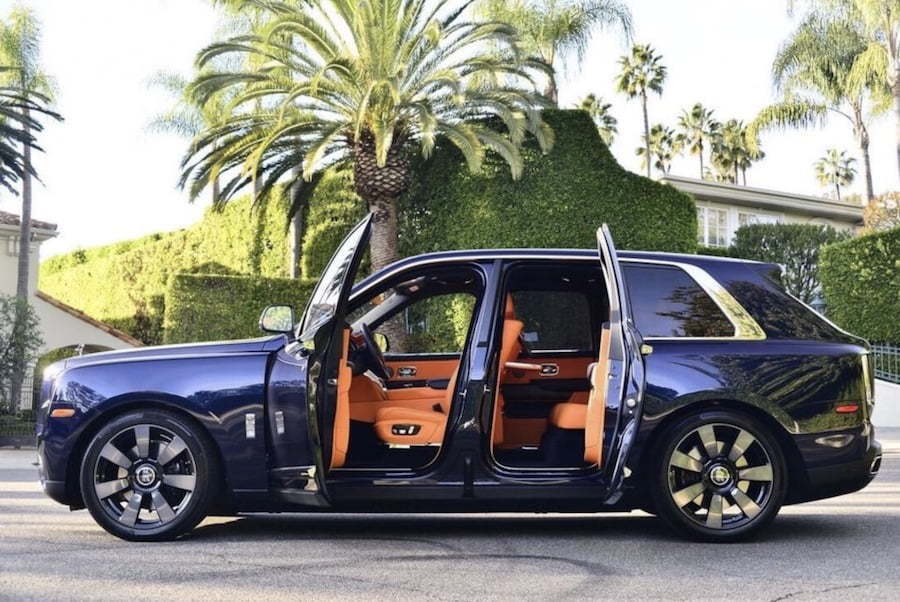 TMZ has now reported that Carti has purchased a new whip — fit for transporting a newborn. The “Woke Up Like This” rapper is the new owner of a 2020 Rolls-Royce Cullinan SUV, which has the ability to install a baby seat. No boring “mommy van” for these two.

Proving that having kids is an expensive business, Playboi Carti forked out $400,000 for the luxury SUV, which he purchased from celebrity car broker RD Whittington’s company, plus an additional $10,000 for it to be shipped swiftly to his and Iggy Azalea’s home in Atlanta. While already a luxury ride, Carti reportedly pimped the car even more by adding upgrades such as leather seats and a cocktail table that emerges from the luggage department. Talk about “fancy.”

Now to see whether the whip gets a “baby on board” sticker.