The Jamaican music legend suffered a stroke at her home in England, which led her to her passing at the age of 72, BBC reported. Millie Small is best known for her monumental hit “My Boy Lollipop,” which skyrocketed her to fame in the 1960s and helped to cement Ska as a musical style of its own. The song remains the biggest selling Ska record of all time, having sold over 7 million copies worldwide. In addition, the song also became Jamaica’s first single to sell 1 million copies and reached the number one spot in Britain and number two in the United States in 1964.

Speaking to the Jamaican Observer, Island Records founder Chris Blackwell, who produced the song along with Ernie Ranglin in 1963, confirmed her death and also remembered Millie Small as “a sweet person… really special.”

“I would say she’s the person who took ska international because it was her first hit record,” Blackwell mentioned. “It became a hit pretty much everywhere in the world. I went with her around the world because each of the territories wanted her to turn up and do TV shows and such, and it was just incredible how she handled it. She was such a sweet person, really a sweet person. Very funny, great sense of humor. She was really special.” 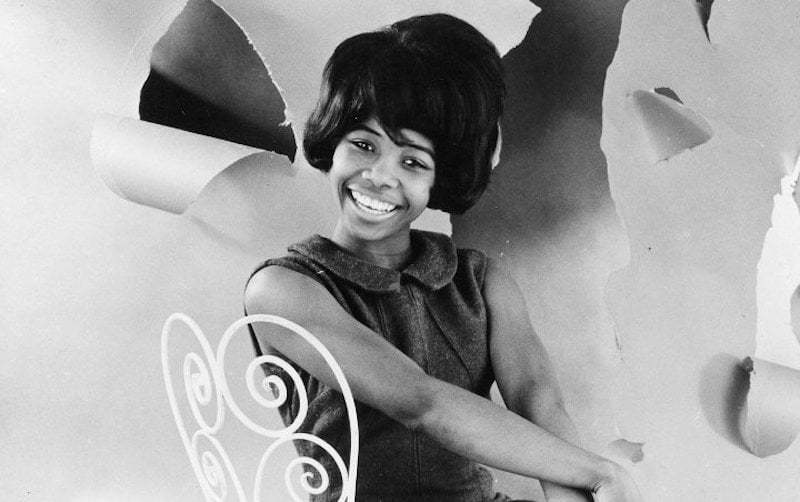 The National Library of Jamaica biography of Millie Small, mentions that she was the daughter of a sugar plantation overseer and was born in the district of Vere in Clarendon in October 1946.

As Millie would later recount in an interview, “I hadn’t planned on being a star, but I always wanted to be a singer, and I felt like it was my destiny to go to England.” The path to that dream saw her winning the popular singing contest, the Vere Johns Opportunity Hour talent contest at the Palladium Theatre in Montego Bay in 1960. The win saw her teaming up with Roy Panton when she was 12 1/2 years old, forming the duo Roy & Millie. The duo recorded the following hits for legendary Jamaican producer Clement “Sir Coxsone” Dodd: “We’ll Meet,” “Sugar Plum.” It is recorded that she received £23 for three very successful records.

Blackwell, then 26, convinced Coxsone to have Millie under his management after hearing her records. This saw her moving to England with Blackwell in late 1963. The producer was also the one who decided that Millie should cover the American rhythm and blues song singer Barbie Gaye’s song, “My Boy Lollipop,” even though Calypso was the Caribbean genre of choice in England at the time.

As history would reveal, the song became a smash hit for her high pitched vocals and bubbly delivery and clever arrangements. With the song reaching top spots all over the world, Small began appearing on shows in various countries with some organizers even comparing her to the famed rock band, the Beatles.

Apart from her smash hit, she also recorded other songs, with only a handful becoming hits before she disappeared from the music scene in the early 70s to settle in Singapore then New Zeeland, before returning to England in 1987. Upon her return to England, local news outlets at the time documented that she was poor and residing in a hostel with a young daughter. During a 2016 interview, she mentioned, “I focused on being a mother from 1984 when my daughter was born, and since then I’ve been happy living a quiet life, sleeping and dreaming and meditating.”

In 2011, Small was honored with the Order of Distinction in the rank of Commander (CD) for helping to develop Jamaica’s music industry. She was not in attendance, and the record was accepted by former Prime Minister Edward Seaga.