Longtime friends Kehlani and Kamaiyah have not been seeing eye to eye for some time now. However, it was only following Kamaiyah’s Live sessions that fans were made aware of the fallout. Lani has now come forward with more details about the now-dissolved friendship.

The ‘Got It Made’ singer shaded Kehlani after a question was asked pertaining to different stars from Oakland. In her response, she mentioned that Keyshia Cole and herself were the only persons able to defend the blocks they’re from, essentially no mention of Kehlani, who is also from Oakland, California. After beating off all the questions being thrown at her about the relationship with her former friend, she confessed, “It’s been up for a while now you all been asking me questions. I don’t f**k with her at all, she knows why. That’s that.”

This beef does come as a blow to the Bay Area’s vision of unity, especially since both girls were so close, even copping matching tattoos. Kehlani took to Twitter and in a series of tweets to shed some light on the broken friendship. 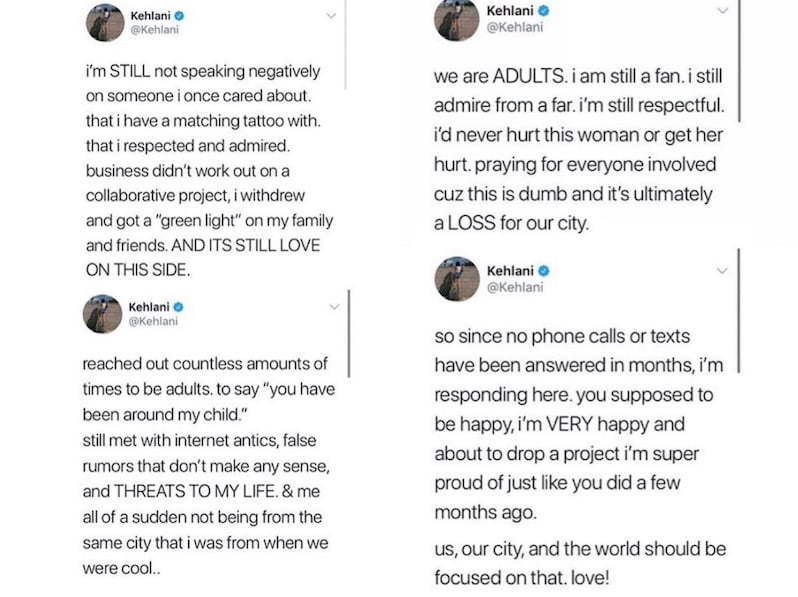 “I’m STILL not speaking negatively on someone i once cared about. that i have a matching tattoo with. that i respected and admired,” wrote Lani confessing she still has love for her friend.

“Business didn’t work out on a collaborative project, I withdrew and got a ‘green light’ on my family and friends,” she continued while expressing what caused the rift between the two friends.

It seems things escalated, and the “CRZY” singer started receiving death threats for what went down.

“Reached out countless amounts of times to be adults. to say ‘you have been around my child.’ still met with internet antics, false rumors that don’t make any sense, and THREATS TO MY LIFE,” Kehlani added. “Me all of a sudden not being from the same city that I was from when we were cool.. we are ADULTS.” 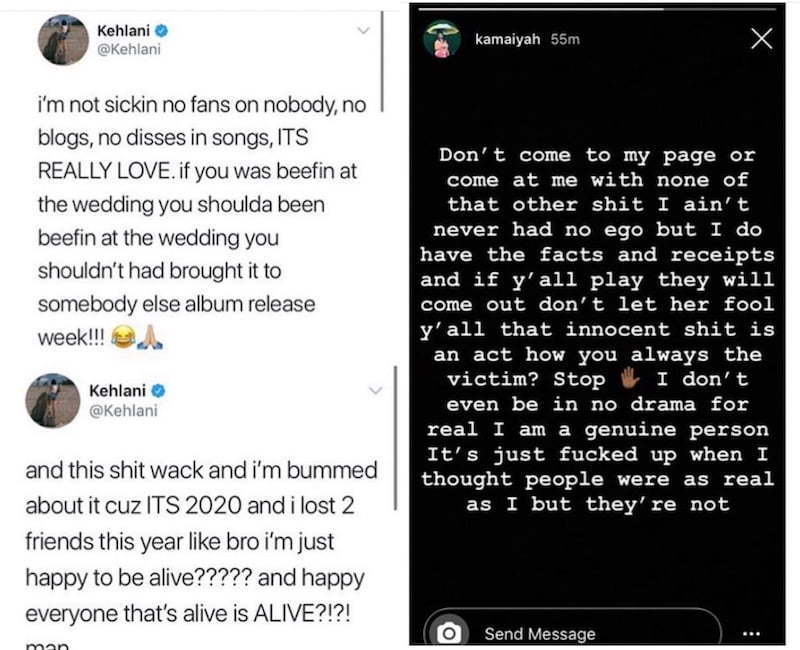 Lani expressed that she is still supportive of her new rival. It seems Chicago artiste Jean Deaux also wanted some of the smoke and came to Lani’s support by bashing Kamaiyah for her lack of loyalty, claiming, “Yall only real when it’s convenient, hang it up.”

Kamaiyah shot back with a warning, “this sh*t can get real fonky easy beloved I don’t even know you hype man,” she mentioned before issuing the warning, “Don’t let Kehlani get you slapped.”

There are definitely a lot of threats flying around, and Kamaiyah seems to be behind all of them. Let’s hope these two friends are able to work things out before things get out of control.