Since Jahmiel has been engaged in this ongoing music clash with Chronic Law, dancehall artists have been taking sides, but there was never any doubt about who is aligned with who. The 6ixx faction had already formed an alliance with Gaza, which is what invited Kartel’s association to the war. Jahmiel, on the other hand, is one-third of the MVP faction, which also includes Mavado and Alkaline.

Recently Vybz Kartel took to Instagram to remind Jahmiel that he was a devoted Gaza fan just a few years ago and long before MVP, making music to honor the Teacha himself. When the young MVP member switched up on the incarcerated deejay, he doesn’t know. Kartel has also been aiming his shots at Alkaline, and that has gone both ways. However, it seems no one is safe in this war as Addi now has his trolling sights set on Mavado. 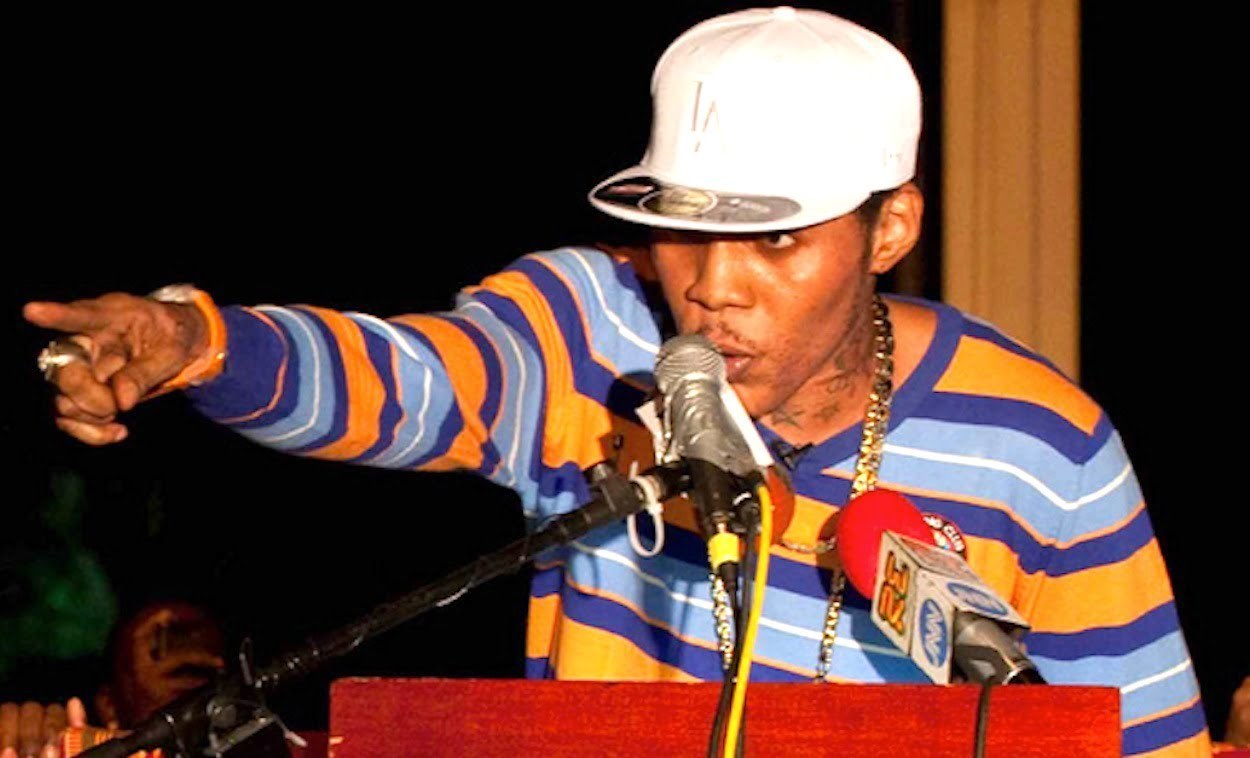 Mavado has been relatively quiet throughout all the drama, with the exception of yesterday when he shared a photo of him and Jahmiel to Instagram. In the caption, the Gully Gad wrote: @thegreatjahmiel how you bad so Bl***cl*tttt.” Let’s not forget that Jahmiel recently dissed Vybz Kartel in a side note in one of his recent diss tracks for Chronic Law. It appears Mavado has been impressed with Jahmiel’s performance so far, but the same cannot be said for Vybz Kartel.

Addi, who has become a regular troller online, posted a photo on Instagram yesterday of his son Likkle Addi and Mavado’s son Dantay Brooks when they were younger. Vybz Kartel didn’t leave much context in his caption, but it is clear that he is highlighting the contrast with his and Vado’s kids.

In the image, Dantay is casually dressed while Likkle Addi is decked out in a red jacket suit with the bow tie and cuffs and all. Fast forward to today, and Likkle Addi has several successful songs out while Mavado’s son is unfortunately still behind bars facing felony charges in a pending murder case.

Some would say this a bit below the belt even for Vybz Kartel, but he never explicitly stated what his objective was in posting the picture. Alongside the throwback photo, the dancehall mogul wrote “History Pic! Busoff n Laugh Dante.”

Though Mavado hasn’t said much, he might not agree that all is fair in love and war. While Kartel is making use of the only outlet he has, Vado might want to learn a few tricks of the trade or at least pull up to the studio (or home studio) and take advantage of an opportunity that Kartel doesn’t have.

Recently on Instagram, Mavado shared a still shot of him from a video with the caption, “Chat chat chat I don’t have to say a word you know my actions very dark,” he wrote. Now that Teacha has namedropped his son, do you think it will change his mind?