Is 50 Cent shook over battling Ja Rule on Live.

Ja Rule thinks 50 Cent is too afraid to go up against him in a live battle after the rapper turns him down with a disparaging post. The long-standing beef spanning two decades between 50 Cent and Ja Rule is a never-ending one. The two New York rappers have been involved in an ongoing feud for more than 20 years now, and both rappers individually have admitted that they’re in it forever.

Recently Ja Rule revealed that he wants to battle his longtime rival on Swizz Beatz and Timbaland’s new Instagram Live series, Versuz. The new series which kicked off last month pits producers, songwriters, and artists against one another in a rap battle style forum. Contenders alternately play a melody from a rundown of 20 records from their discography as fans, companions, and individual specialists watch on. A victor is later chosen by Timbaland and Swizz Beatz themselves. 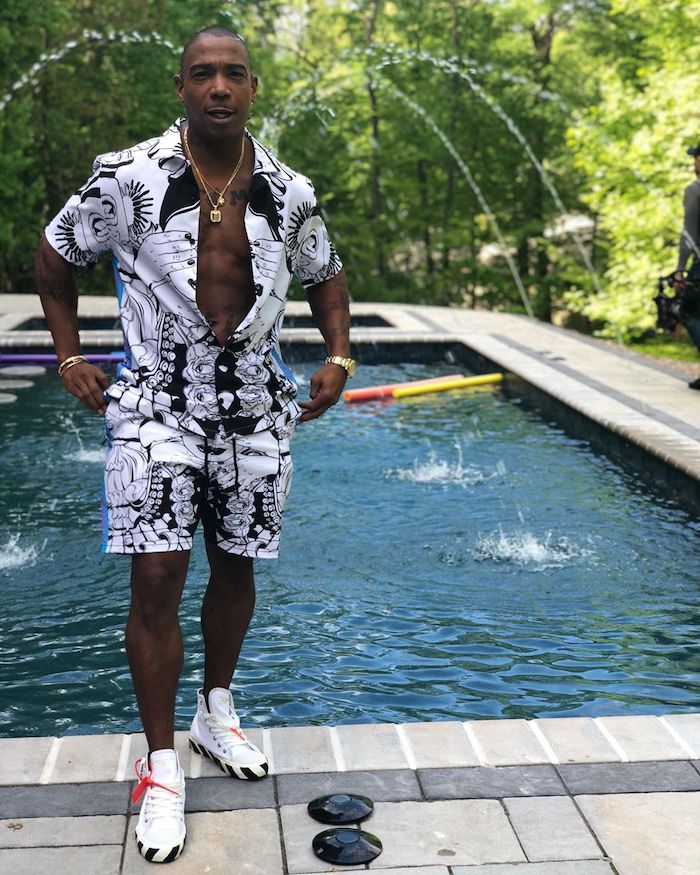 In response to Ja’s recent invitation, Fifty does what he does best. Taking to Instagram on Tuesday (April 14), Fifty posted a meme that he photoshopped trolling the New York rapper, clearly showing no interest in entertaining the thought of battle rapping. In the photo, Ja Rule is seen seated on the sidewalk, holding a sign that read: “I will battle 50 Cent for attention.” In the caption, Fifty got even pettier and added further insult when he simply wrote, “Stupid” with a “fyrefestival” hashtag – a controversy that has long loomed over Ja Rule’s head.

Ja Rule later suggested on his Instagram story that Fifty was too scared to battle him. He was bopping to the track “Shook Ones Pt. II” by Mobb Deep on Instagram while the lyrics cascaded across the screen, strongly suggesting that he still wants some smoke. He said less while the song did they talking for him.

“Cowards like you just get they whole body laced up/With bullet holes and such/Speak the wrong words man and you will get touched/You can put your whole army against my team and/I guarantee you it’ll be your very last time breathing/Your simple words just don’t move me, you’re minor, we’re major/You’re all up in the game and don’t deserve to be a player.”

Ja Rule claimed he wanted to do it for the culture when he first suggested the battle on Instagram Live during a conversation with Fat Joe and Swizz Beatz on Sunday. Suggesting that a battle between the longtime rivals would “break the internet,” Ja Rule said, “I want all the smoke! I’ll behave.” Funny enough that’s exactly what Fifty is giving him as he trolls him on Instagram. Hey, he asked for it.

Clearly, 50 Cent has no interest in seeing this battle come to fruition. The rapper and TV producer is focused on other things like his drama series “Black Mafia Family,” which has officially been given the green light by the Starz network. While we don’t expect Fifty to suddenly change his mind any time soon, he certainly might continue trolling Ja Rule online, especially if Ja keeps pushing it. Either way, we’re in for an entertaining banter between the two.