Dancehall artiste Aidonia has finally dropped his debut album. Is it long overdue or just in time?

Aidonia finally released his long-awaited album “Dats A Trap,” which he started teasing last week. The deejay, who is celebrating his 39th birthday this week, surprised fans with the 17-track album on April 6, 2020. The new project definitely appeals to a wider audience. It includes familiar tracks like “Finessing” and “VVS,” as well as other songs like “Emotions,” “DM,” “Friends or Enemies,” and more.

All the features on the album are from artists within Didi’s circle. JAYDS and Size Ten feature on “Up on the Mood,” Onton features on “365 Nights” and JAYDS, Onton, Patience, Shokryme, and Tanso join DIdi on “Trappin.” The 4th Genna deejay was Live on Instagram during a small birthday celebration at his home on Monday – the same night he released the album. Didi was sure to observe the new curfew time in Jamaica and ended his Live before the appointed time. 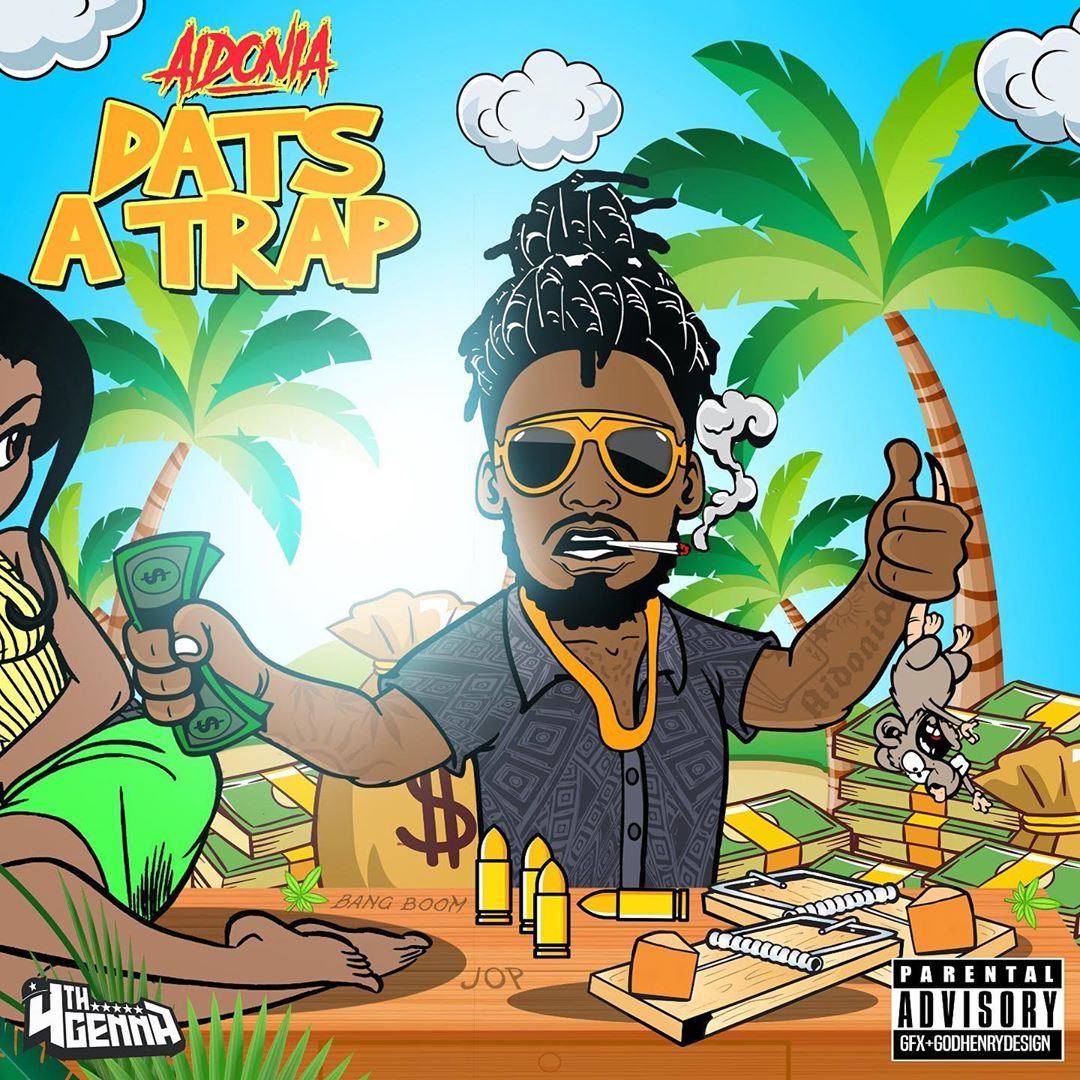 It’s been years since dancehall fans have been patiently waiting for a full body of work from the 4th Genna Boss Aidonia. The “Banga” deejay is a veteran in the industry, but before today fans used to literally beg him for an official studio album – believe me, they’ve been salivating for it. Didi released his “Project Sweat” EP in 2015, which was a steamy compilation for the ladies that carried some of his fan-favorite tracks to this very day.

This new album marks Aidonia’s first project in five years, which means fans are beyond excited to indulge in the dancehall deejay’s new music. The pressure has definitely been on for Donia, who is often accused by fans for not doing enough. Though Aidonia does things his own way, we all know he is absolutely brilliant at what he does. The new album is the first sign that the deejay not only hears fans, but he is ready to make the 4th Genna masses proud and provide them with tangible material to wave in the face of the challengers.