In this era of rap music, where female rappers are no longer seldomly heard, it’s easy to forget who were some of the firsts to do it. This social media age has really enhanced the artists’ ability to reach a wider audience and make a greater impact on the digital world, which translates into record sales and songs charting, so how do we even compare their music’s performance to the award-winning artists of the pre-digital age?

Long before there was a Cardi B and even before a Nicki Minaj, we had female rappers like Missy Elliot, Queen Latifah, and more breaking ground in the game with monster bars and flows. These icons went on to become some of the most famous female trailblazers of the genre, and decades later, we are seeing an emergence of great female rappers inundate the new school of hip-hop. However, the legacy of the greats will always hold strong in music history, and Queen Latifah is telling us why.

The Grammy-winning rapper made a surprise appearance on a new DJ Kayslay track with Jadakiss and Bun B to tell us why she’s a “living legend.”

Kayslay enlisted some legendary veterans for this new track called “Living Legends” causing the previous generations of hip-hop fans to be overcome with glee when they saw new music from the likes of Bun B and Jadakiss and Queen Latifah. The Street Sweepers Ent. production has an old school hip-hop vibe with some fire verses as nothing less was expected from this iconic line-up. 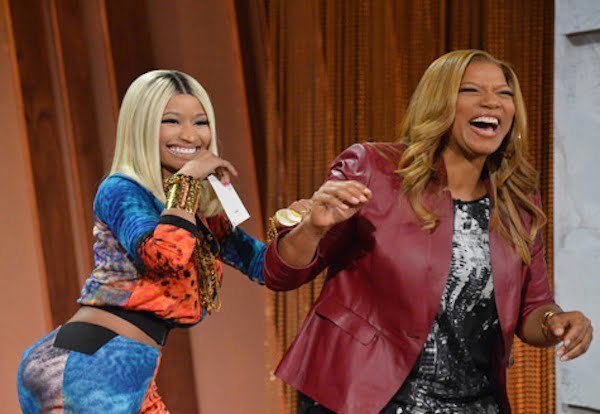 Jadakiss did his thing in his verse, as usual, causing many fans to share comments about him never disappointing an expressing how pleased they were to hear his vocals on a new song. The most surprising rapper on the feature is probably Queen Latifah. It’s been too many years since we heard from Dana Owens, and her verse definitely solidified the fact that she has a whole legacy in the game.

“Bow down to greatness, no handshake/Me and Kayslay help shape the landscape/Speak my language I know you can’t wait/But first over 62 movie credits to translate/They just talk the game, I turn midnight strolls to the walk of fame/Oscars, Grammys, I built the ground that you walk on/I taught you how to tilt your crown – come on,” the Queen raps over the “Living Legend” beat.

DJ Kayslay released the song along with a new music video that has already garnered half a million views on YouTube. Fans flocked to the comments to laud the legends on the track, especially Queen Latifah who one fan said can “school current females AND males on how to throw down some [100 emoji] lines!”

Another fan in the comments wrote, “Had to check out the comments after the Queen spit her verse. It’s unanimous, she killed this track.” One fan whose comment earned hundreds of likes, found the experience of listening to the song to be a nice change from today’s bop. “Haven’t heard Queen Latifah flow in a minute since she started doing other stuff. That was refreshing,” they wrote.

Queen Latifah’s last studio album was released in 2009. The record labeled “Persona” peaked at No. 3 on the Billboard Top R&B/Hip-Hop Albums chart. As she reminds us in her song, she has copped “every award you can think of” on top of her Walk of Fame star, which was unveiled in 2006. She was the first hip-hop artist ever to earn their star on the coveted sidewalk in Hollywood. Queen Latifah’s illustrious career has spanned five decades, and from this track, we can tell that it’s far from over. Hear from the Queen herself why she’s a living legend in this new track.

Although she has taken a sideline in the music business, Queen Latifah has been excelling in the film and TV industry with several acting and producing gigs. We often see seasoned rappers successfully transitioned into Hollywood, for example, Ice T, Ice Cube, LL Cool J, and more recently 50 Cent, who isn’t just acting, but also producing hit movies and TV series like Power. These are all rappers who had legendary runs in hip hop and still get traction and compete with the new generation of rappers but chooses to take the sideline and make room for the next generation of MCs.

It’s safe to say that Queen Latifah is still a queen in her own right. Bump her new track below.