Waka Flocka Flame is denying saying that minorities can’t get coronavirus, except he is on video saying the same exact thing.

Since the start of the recent coronavirus outbreak (COVID-19), over 169,204 persons have contracted the virus, with approximately 6,492 deaths confirmed. The United States of America alone has recorded almost 70 deaths, with the state of Washington registering 40 deaths from its over 500 confirmed cases, making it the state with the most cases. These numbers are truly alarming for the entire world, however, rapper Waka Flocka Flame doesn’t believe ordinary folks don’t have anything to worry about.

The Atlanta rapper was in Los Angeles and sat down with the team at Real 92.3 FM to speak about his wonderful marriage to the lovely Tammy, but that conversation soon sparked a quick discussion around the hot topic on everyone’s lips, the novel coronavirus.

According to Waka Flocka Flame, minorities and black people are not able to contract the virus and downright called the virus a fake. “It’s fake… Minorities can’t catch it. We all descended from the same persons. Now, did we catch it? It hit the people passing through our airport (Atlanta), it ain’t touch them, soulful folks,” he remarked, challenging presenter Bootleg Kev to name one minority who has contracted the virus. While Kev was unable to give a specific name, he wasn’t convinced by Flocka’s line of reasoning.

Waka Flocka is now denying that he ever made those remarks. “When did I say minority’s can’t catch the Coronavirus?” he wrote on his IG Story. 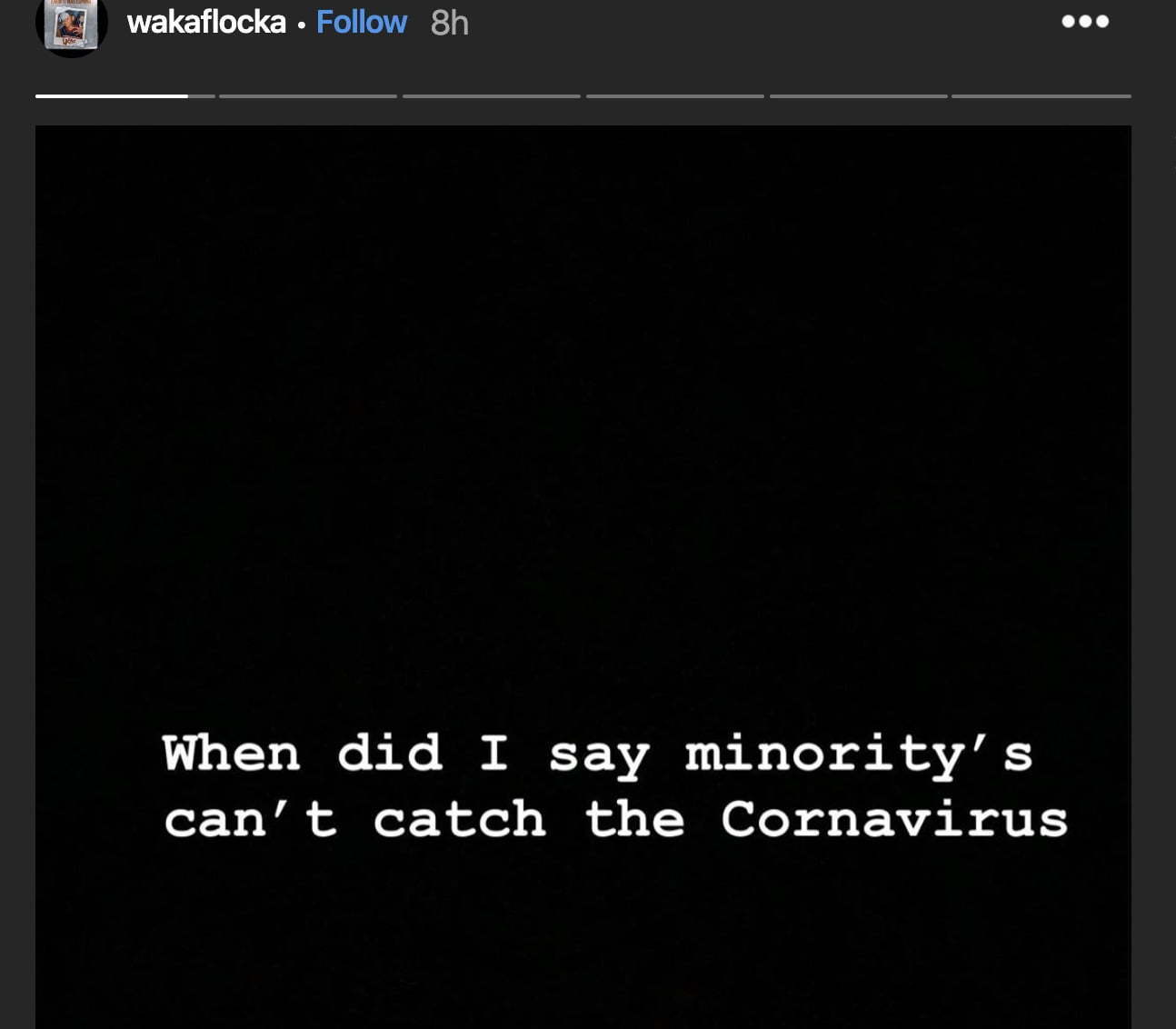 The continent of Africa has recorded a significantly lower number of cases than many other territories in the world. However, that is quickly changing, as more and more African territories record their first few cases. So far, the WHO has recorded over 100 cases in 11 Africa countries. Many affected countries have imposed travel restrictions on China, countries in Europe, and the United States. Some Caribbean territories, which are also blessed with a majority of blacks, have recently recorded some of their first cases as well, with at least one fatal case so far.

While the “No Hands” rapper did not spend a whole lot of time expounding on the reason for his argument, it is still a cause for concern, since the spread of wrong information can mean the difference between life and death for many individuals.