Floyd Mayweather is mourning the sudden death of the mother of three of his children, Josie Harris.

Our thoughts and prayers are with the Mayweather family, who are today dealing with heartbreak. Police were called to a home in Valencia, California, last night, where they discovered an unresponsive woman in her car, TMZ reported. Cops later determined that the woman in question was Josie Harris, who was previously in a longterm relationship with Floyd Mayweather for five years.

Authorities did not attempt to resuscitate Harris, whom they declared dead at the scene. Foul play has been disregarded as a reason for the 40-year-old’s death, but the likelihood of suicide cannot be an easy pill for her family to swallow. 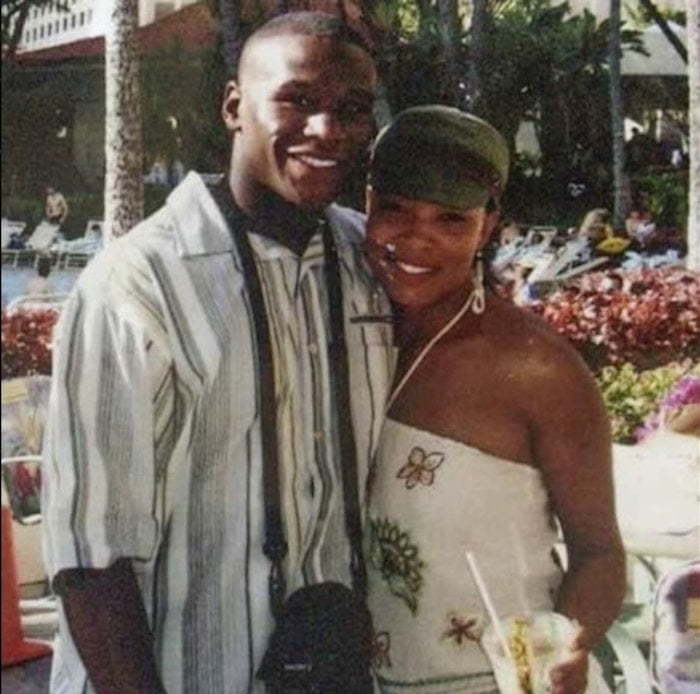 Harris arguably did not have it easy over the last few years. Her relationship with the boxing champion was tumultuous at best as she had accused Floyd Mayweather of domestic abuse on more than one occasion. Charges of battery were dropped in 2005 after she claimed that she had lied about the violence. Five years later, in September 2010, Harris alleged that the 43-year-old had entered her home while she was asleep and assaulted her with her children as witnesses. The late actress’s son alerted the police, and she filed a report of domestic battery against the sportsman. “Did I restrain a woman that was on drugs? Yes, I did. So if they say that’s domestic violence, then, you know what? I’m guilty. I’m guilty of restraining someone,” Mayweather had told Katie Couric about the incident.

He was ultimately charged with two felony coercion charges, one felony robbery charge, one misdemeanor domestic-battery charge, and three misdemeanor harassment charges for which he was sentenced to 90 days in county jail.

The matter was never fully settled as Harris had filed a $20 million defamation lawsuit against her ex-boyfriend — a case which has still not reached a verdict. While it cannot be confirmed that the entire matter is what prompted Harris to take her own life, it can definitely be stated that she was struggling with demons.