Tekashi 6ix9ine proclaims his love for his girlfriend Jade in this prison phone called that she leaked.

Being in prison means that privacy is no longer a concept. You eat around other people, go to the bathroom around other people, and your phone conversations are heard by other people. Or maybe that just because your girlfriend decided to post them on the internet. Tekashi 6ix9ine is currently serving his two-year sentence for his involvement with the infamous Nine Trey Gangsters. The Bloods-affiliated gang operates on the East Coast and is known for selling hard drugs.

The “FEFE” rapper got tangled up with the gang while still a teenager and in November 2018 was arrested on a series of nine charges that included racketeering, possession of firearms, and conspiracy to murder and armed robbery. 6ix9ine was initially facing life imprisonment but received a significantly reduced sentence after agreeing to help prosecutors and testify against his former gang members. 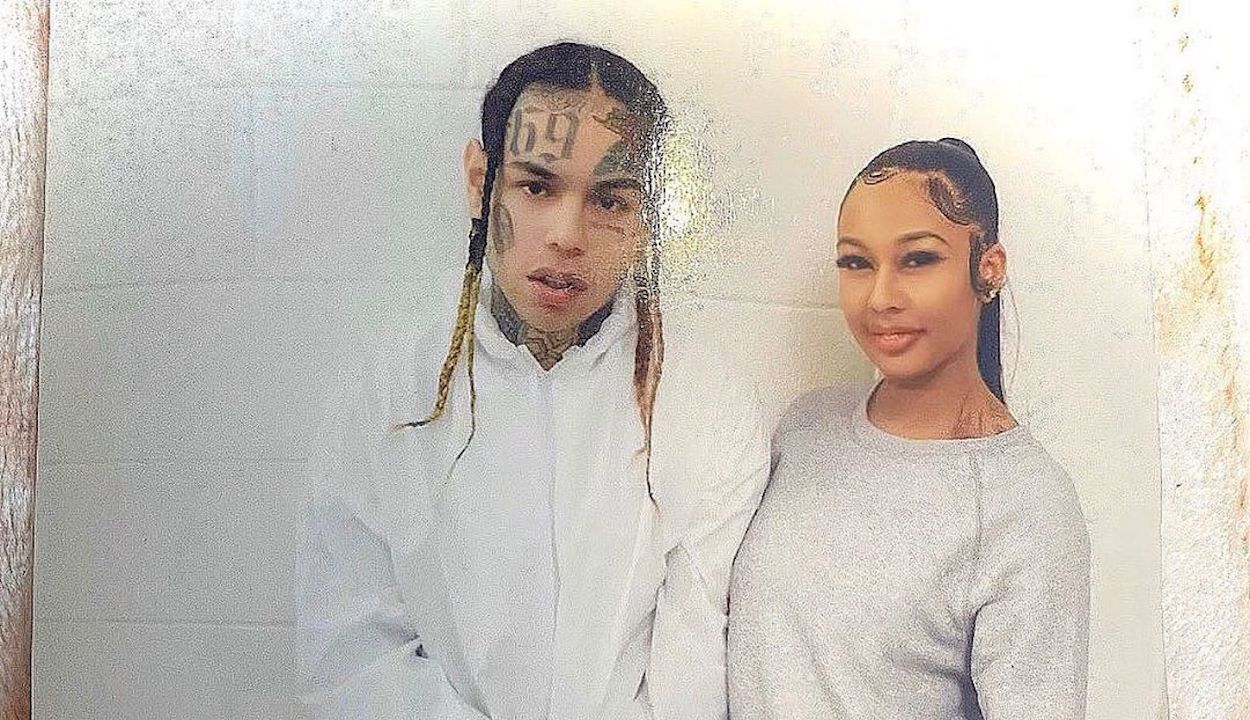 Being on the inside means that the 23-year-old is away from his girlfriend, Rachel “Jade” Wattley. Tekashi 6ix9ine and Jade have been seeing each other since just before Tekashi’s arrest, and their relationship was reportedly the reason that the rapper got into a violent altercation with his baby mama, Sara Molina after she discovered text messages from Jade on his phone.

Those saucy texts appear to extend to phone calls as well, based on what Jade recently shared. The former bartender posted a recording from a conversation the lovebirds had that is definitely not rated PG13. “I love you, Rachel,” the incarcerated rapper begins. In response, his girlfriend asks, “How much?” “Enough to f*** you,” he replies.

Jade has since removed the clip from social media, but it gives us an indication of what will go down when 6ix9ine is released in the next few months. As part of his sentencing, Judge Paul Engelmayer acknowledged the 13 months which Tekashi 6ix9ine had already served, and the artist is now scheduled for release on August 2nd.

Post & Delete #6ix9ine girlfriend Jade posts a recording of her receiving a call from him and dirty talking over the phone ? ?