Rumors sprang up about a week ago that Offset had fallen victim to a beat down from Lil Baby’s crew. What birthed the beef, we don’t know, but the Migos member apparently ended up in his underwear by the end of the altercation. There is no video evidence to support the claim, which has some declaring that it’s all B.S. — including the My Turn rapper, who is celebrating the success of his new album.

“That’s cappppppoo,” he wrote on IG in connection with the alleged attack by 4PF, which stands for “4 Pockets Full.” “Stop spreading fake news!! That s*** fake!! Please!!” he continued. 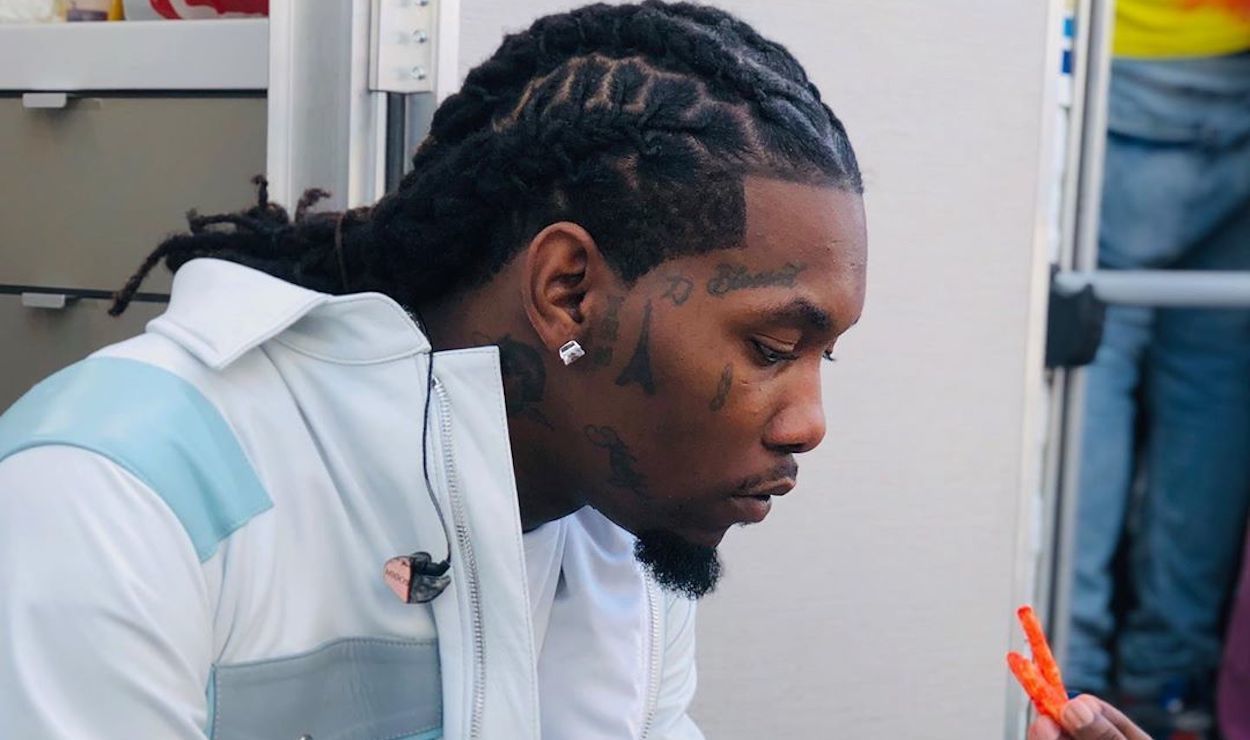 Offset himself has yet to comment on the supposed scuffle — nor has his outspoken wife, Cardi B — but fans did notice that the Father of 4 rapper had unfollowed both Lil Baby and 4PF on Instagram and remove promo posts for the Georgia artist from his account which is telling. They say it isn’t official till it’s on social media.

As Lil Baby and Offset are both signed to Quality Control, they have merged their musical gifts in the past on tracks such as “Run It Up” and “Transporter,” so we really hope they put aside whatever did — or didn’t — happen for the sake of hip hop. In the meantime, Offset has jumped into the acting ship by making his screen debut as an undercover investigator in the Middle East on the most recent episode of NCIS: Los Angeles opposite LL Cool J and Chris O’Donnell. Lil Baby’s week is also going exceptionally well as his sophomore album, My Turn, hit the peak spot on the Billboard 200 after having sold 188,165 album-equivalent units. It marks his first number one album, with “Harder Than Ever,” peaking at number three.

Let’s hope Lil Baby and Offset make peace before this beef get out of hand.

Following our exclusive report about Offset allegedly getting jumped by Lil Baby’s crew 4PF, video footage has surfaced of the alleged altercation. Earlier today, Lil Baby shut down reports of the the alleged encounter that took place at Atlanta’s popular nightclub, Compound. But when taking a close look at the video, there is someone there that looks like they’re wearing the same orange jacket Lil Baby had on that day. Our initial reports included talk about the encounter and people claiming others were paid to keep the footage hidden. Well, take a look at this video Clique, and tell us what you think? Is it cap or receipts? ???