Desiigner took an embarrassing tumble off stage and fell on top of James Harden while performing “Panda” on stage.

Apart from being cute and cuddly, pandas are also known for their climbing abilities. What a lot of panda lovers do not know is that these furry creatures also take pleasure in falling out of trees. As a matter of fact, the National Zoo states that “pandas are adept climbers” that climb and subsequently fall as a form of play.

Rapper Desiigner definitely channeled his inner animal spirit when he fell off the stage while performing, as you might have guessed it, an energetic version of his track, “Panda.” The Brooklyn should be grateful that he did not meet the floor after his misstep, and should actually be thanking NBA superstar James Harden for breaking his fall. 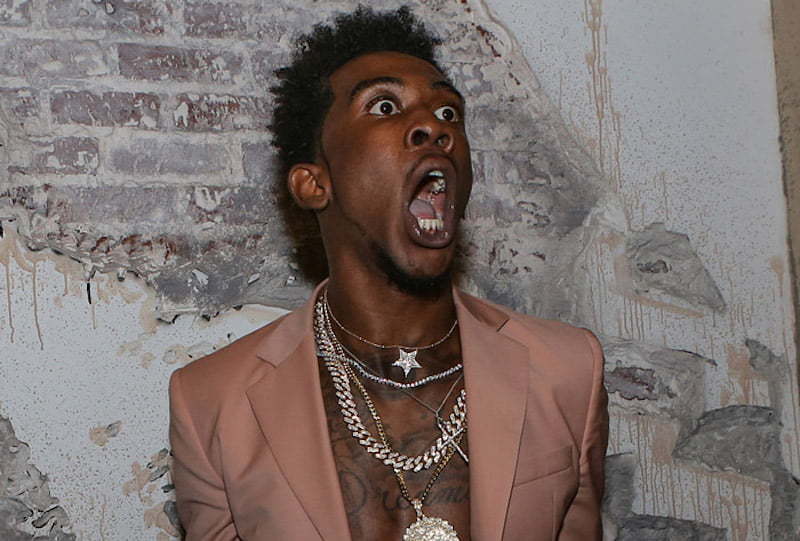 The bizarre incident took place at about 1:30 am at the JEWEL’s Nightclub in Las Vegas. Harden apparently got front row seats to the show and stood next to the stage with his back turned and his head covered with his grey hoodie. It seems the Rockets baller was playing it cool and keeping a low profile for the night, even refraining from ordering bottle service which would have definitely blown his cover. Sadly, that changed as Desiigner began to get into his performance of “Panda.” His abundance of energy paired with a misguided step equaled him stumbling forward off the stage and landing on the back on Harden.

While the short clip shared by TMZ does not show the rapper or Harden after they fell, sources close to the two have reported that neither party involved sustained any injuries.

“Panda” was a monumental hit for Desiigner and held the number spot on the U.S. Billboard Hot 100 Charts in December 2015. By 2016 he was riding high off the success of his debut track and inked a deal with Kanye’s GOOD Music imprint. Sadly, the rapper has not found the same commercial success with his other songs, and was subsequently released from his contract in 2019 and is currently independent.