Are Nas and Draya Michele an item?

Rumors have been circulating that one of the biggest rappers of our time, Nas has been dating reality television star Draya Michele. The two sparked romance rumors only a short few months after the model announced that she was single. In a photo that she has posted online, Draya and Nas are photographed at a party in the Bahamas. The duo pulled off a cool enough pose with the rapper who was wearing a hat gave off a smoldering look with his hands crossed in a laid back pose while his lady friend hung on his shoulder with her upper arm as she teased a taste of her curves in her white high split skirt and crop top.

The two seem pretty comfortable with each other too, and look to be having a great time on the island. The Basketball Wives star captioned the photo she posted of them, “Jones,” which is the rapper’s legal surname. Earlier in the day, she also shared pictures of her and her friends on a Yacht having the time of their lives. 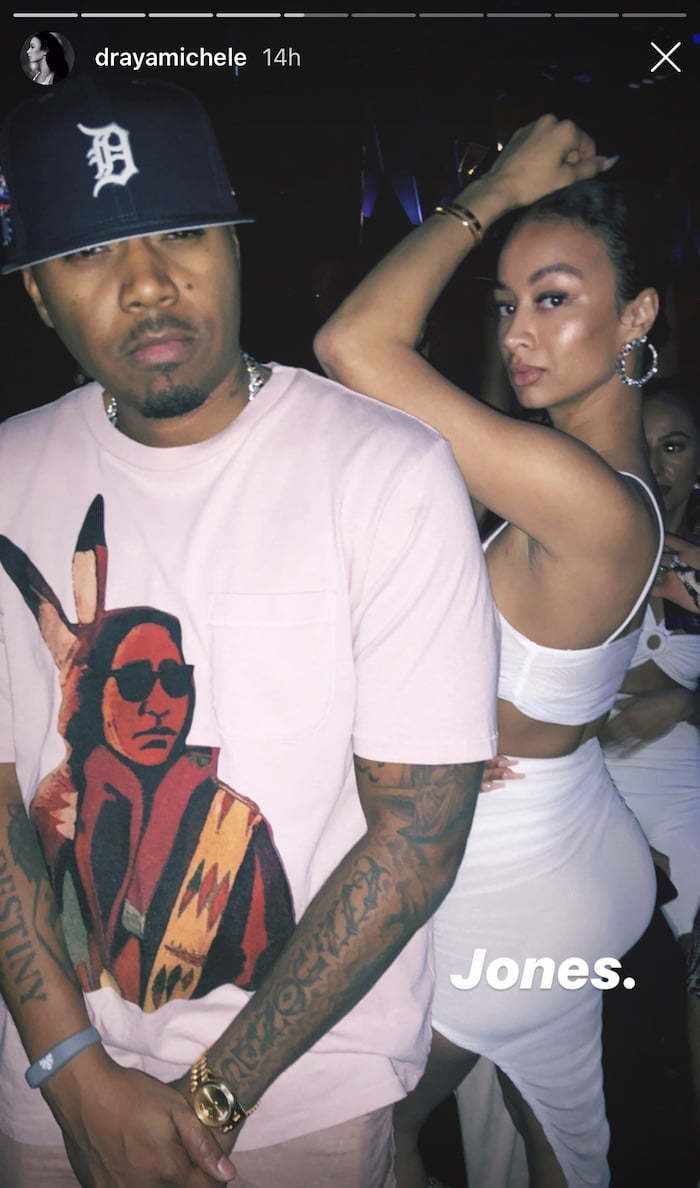 Some say Draya has been living her best life since she split with her ex-husband, NFL star Orlando Scandrick. In December, she took to social media to make it clear that she was disengaged. “I have been single the entire month of December,” she wrote on Instagram. “So if anyone has anything to say about me or the guy I used to be engaged to, save, it. We don’t care… Merry Christmas everyone.”

Draya and Orlando dated for several years and were even engaged multiple times, but they were on-again-off-again. As for Nas, who doesn’t want to see this eligible bachelor finally find his queen. Some fans aren’t here for it while others are still processing the idea of the rapper with the reality star, but only time will tell. Who knows what they could be… or not.