YG isn’t letting Kehlani out of his sight as he finally marks her spot on his temple.

Before we delved into this hip hop love story, here’s a bit of backstory to get you up to speed. Kehlani and YG finally admitted that they were in a serious relationship sometime in September of last year. When the news of the union finally got to social media, scores of Kehlani fans warmed her to keep an eye on her new bae. Sadly, it did not take long for YG to live up to what a lot of persons were thinking when he did the unthinkable of kissing a woman outside of a club about a month after he and Kehlani made their union public. YG is already dropping some hints that he wants to marry her.

Since then, Kehlani has been keeping him at bay; she even publicly ended the relationship on Twitter. If there is one word for YG, it is persistent as he clearly did not give up on his love for the Lani. It is a known fact that she has a soft, sweet spot for him, so it is not surprising that the two musical sweethearts have decided to give their romance another shot. 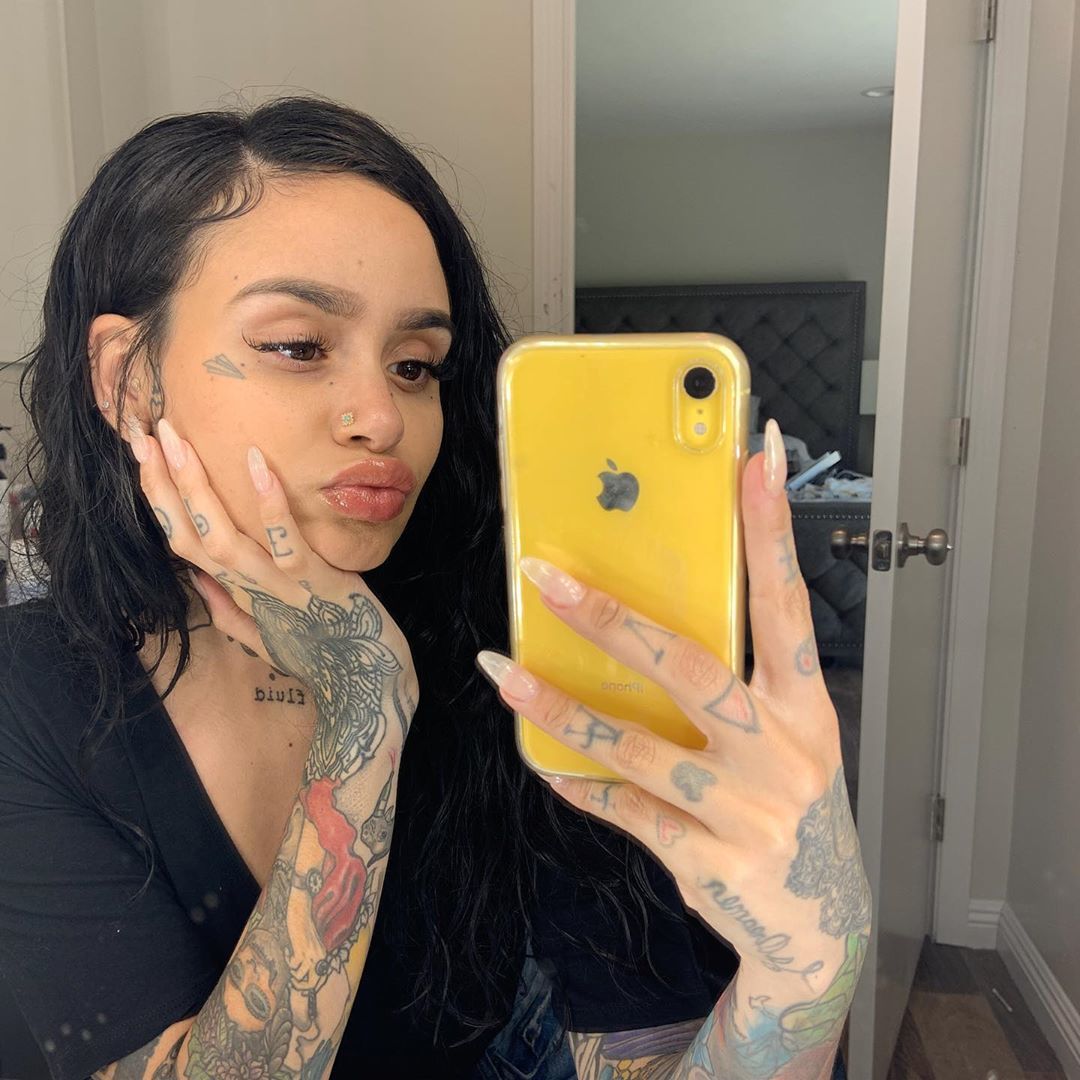 Sometimes the second time around is where the magic really takes effect as they both seem happier than before. Shots from the Grammy afterparty hosted by Meek Mill captured Kehlani looking all cozy in her bae’s arms as he held her close while both of them jammed to the music. They have even taken their romance back to social media, with both posting images of each other.

Today was a special day on the newly renovated love that they both are taking at the moment, as YG officially got Kehlani’s name tattooed to his hand. The R&B songstress took to her Instagram story to share some shots of herself and YG spending some quality time together. The first set of slides saw them strolling down the beach and posing for some cute selfies, but the shocker was when YG’s hand came into view. The image shows Lani’s full name tatted to the underside of his wrist.

YG has slipped up in the past, and this seems to be his way to reassure the love of his life that he will be true to her, especially since she will always on with him.

Getting someone’s name tattooed is a huge display of affection, yet very risky because relationships failed. Perhaps YG’s intent is to show Kehlani that he is very serious about her. Sadly, congratulations are sparse as a lot of commentators have sided against this very public display.