Young Thug is dealing with some sort of illness that landed him back in the hospital.

Atlanta rapper Young Thug is spending some time in the hospital, according to a photo posted by DJ Akademiks on Instagram Wednesday, although the reasons are unclear. The photo, which features Young Thug’s Instagram name “thuggerthugger1”, was apparently taken by the rapper himself, and shows his hand wearing a hospital bracelet, an IV, and two metal braces on his fingers. Akademiks simply captioned the shot, “pray for #youngthug”.

Young Thug was also revealed to have spent some time in the hospital in September 2019. The “Hot” rapper posted a picture of himself laying in a hospital bed at that time, with the caption, “Surgery went well…back on ni**as ass’s ‘PUNK’”. The post was given no further context. 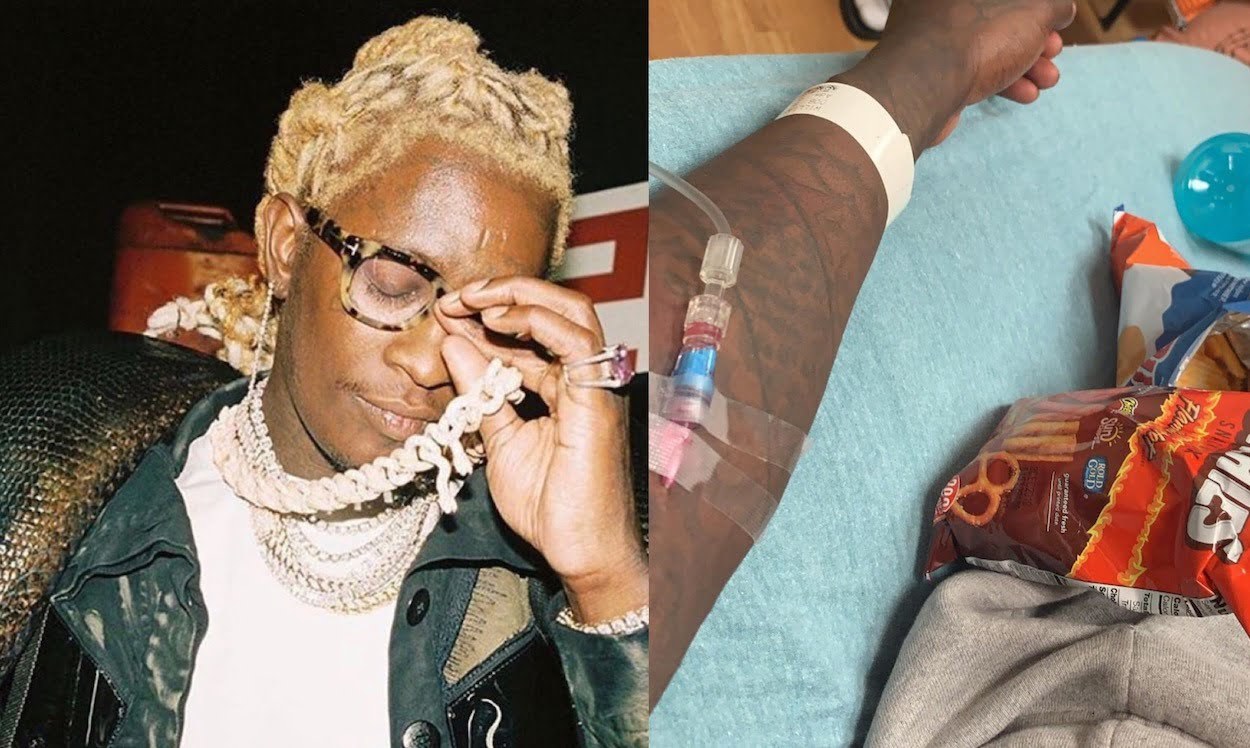 Prior to the mysterious surgery in September, Thugger had also posted another shot of his arm with an IV, leading to reports that he was suffering from exhaustion and dehydration, although those claims don’t seem to align with the surgery that followed only days later. The health of the Grammy-nominated rapper is now being discussed on the internet, leading fans and trolls alike to conclude that drug use is somehow involved.

Comments on Akademiks’ post include, “Say no to the dope kids”, and “Too many drugs”. However, other fans seem to think it is nothing to be worried about, suggesting that Thugger is getting intravenous vitamins or other wellness treatments unrelated to serious health issues.

Although Young Thug, whose real name is Jeffery Lamar Williams, has yet to speak on what he is going through, the string of hospital visits would suggest he may be dealing with some kind of chronic health problem. The good news is he seems to be getting the treatment he needs and returning back to work after these visits, although it is unclear if or when he was released from the hospital.

Pray for #youngthug (and yes I reposted this … IG was tweaking when I had it up before… gotta repost ????)