Bounty Killer seems to be on a mission to help in curbing domestic violence, by reaching out to Jamaican men with a well-reasoned message.

The Poor People Governor posted a minute-long video on his Instagram page recently where he tackled the social problem which been plaguing Jamaica for years but further highlighted by a spate of murder-suicides and killings of women by enraged ex-lovers, over the last several weeks. Bounty Killer captioned the video post “Let’s Reason Jamaica; Talk It Out or Walk It Out.” the dancehall legend states: “Hey Jamaicans; Let’s reason as it’s the season, and we are all equally even. Take a stance against domestic violence and all violence in general, so let’s reason.

In the remainder of the clip, Bounty Killer stands at a podium and appears to be giving a lecture to a grouping of people who shout their approval and chuckle at his comments. 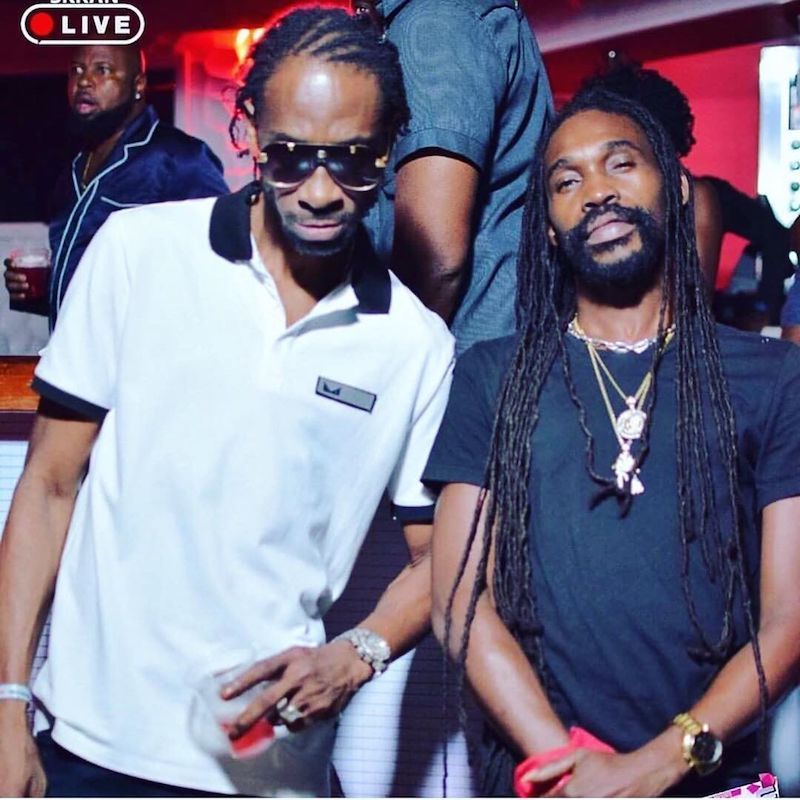 “Di man dem now, haffi know, when you a spend pon a woman, memba now, woman a maintenance, is not investment. You a pay fi inna di space. When yuh time up, it up; no interest,” he declared.

He added: “Just look in at what I am talking… You have to get the right person and they will do the right thing!” he stated.

Fellow Reggae/Dancehall artiste Ce’cile offered her commendations to Bounty. “As long as a real changes, he’s the best person to lead out and explain this type of ting cannot happen and shouldn’t happen…,” she noted. 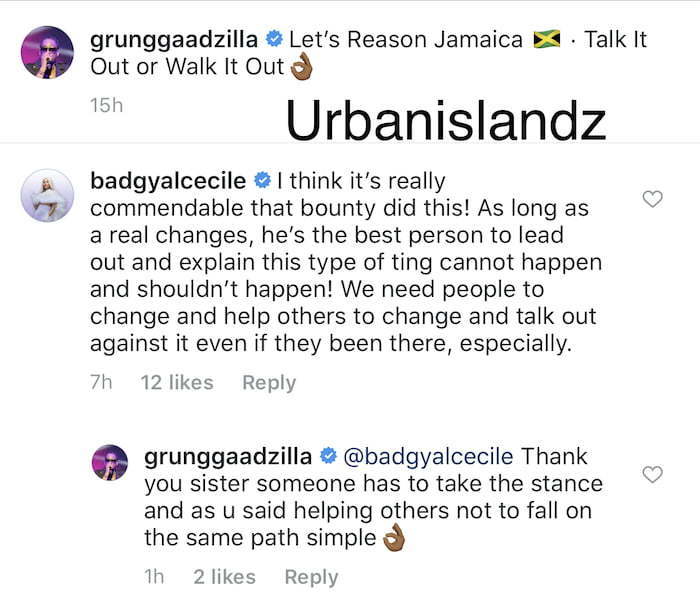 A large number of men also came out in support of Bounty’s appeal, denouncing violence, and reiterating that women were not objects to be owned by men.

“When she tell you or u find out your time up , you have a million more woman to choose from until that right one find you , fa real no reason to even cuss , just say goodbye & that’s no lie,” one fan said.

However, amidst the congratulatory messages, there were at least two people who sought to out pull the artiste’s legs, but failed in their attempts to get him cross, angry and miserable.

“Bounty look like him change. I remember you being in the news countless times for abusing women. Mi just a sey,” one woman posted in the comments section to which the artistes in a cool tone replied: “@kaykacream98, yes u are right about that I’ve been there done that and it surly wasn’t fun that who feels it knows it best.”+

Another male commenter also failed in his attempt to rile up the artiste.

“I’m sorry but I’m gonna have to play devil’s advocate, do you really think this little broadcast is going to change any thing?” he posted, evoking another placid response.

“@willydiss, No far from it bcuz its gonna take a whole lot more to curb the generations but at least it can change someone’s mind thought or outlook on life who to tell,” Bounty told him.