NBA YoungBoy is ready to wife up Yaya Mayweather.

YoungBoy Never Broke Again is showing love to his girlfriend, Yaya Mayweather, on Instagram. Is this the wife that he said he needs? As the marriage talk becomes more frequent between Yaya Mayweather and the Baton Rouge rapper, fans are keeping their eyes peeled to see if the two are still together. Today NBA YoungBoy took to his Instagram story to share a photo of Yaya to set the record straight.

Since Yaya and YoungBoy have confirmed that they are back together, they have alluded to getting married and, at one point, to already being engaged. Yaya shared a photo only a few short weeks ago at her at a sporting event donning a T-shirt dress, her signature big frame shades, and one conspicuous diamond rock on her finger. In the caption, she wrote “Zoom in,” prompting fans to peep her giant ring. “When you call your fiance for any small inconvenience,” Yaya wrote. 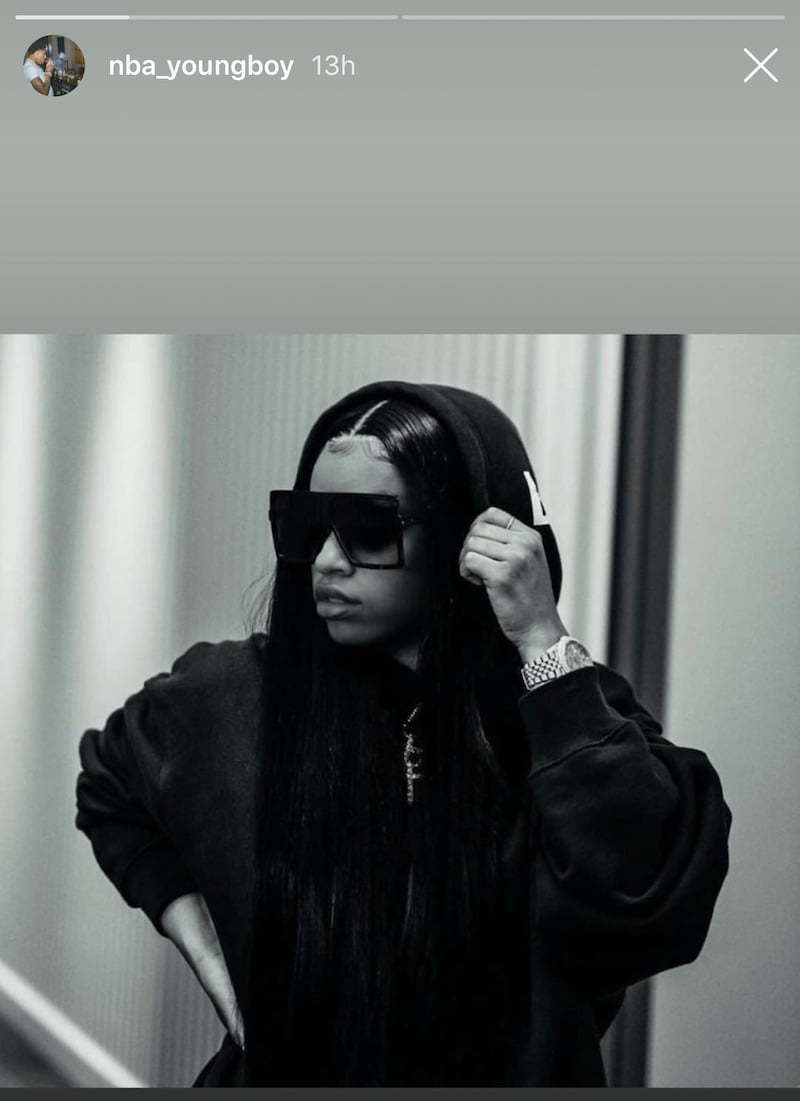 Shortly before that, Yaya had shared a video of her and her mom turning up to YoungBoy’s diss track for her called “Dirty Iyanna.” The rapper commented, “I’m laughing so hard I love you” to which Yaya responded, “Lol love you more baby.” Then just this week, NBA YoungBoy tweeted “I need a wife” which led many fans to speculate that he was alluding to marrying Yaya. Some fans were under the impression that the rapper got back with his ex-girlfriend, but with his latest social media post, it’s clear who he is really with.

We’re still waiting for the 20-year-old rapper to say he was just joking, but it seems he is really holding out hope. Many, of course, believe that the couple is way too young and unstable to be thinking about marriage at this point. Perhaps it’s in their future. We just have to wait and see.