Trippie Redd and his ex-girlfriend Angvish are back together despite her previous association with his enemy Tekashi 6ix9ine.

Love is so complex and so unpredictable. It’s just one of those phenomenons that creep up on you, making it hard for you to refuse it, even when all the signs say you should. Since we are on the topic of love, we may as well mention that it seems Trippie Redd and his ex are back together. A picture showing the “Love Scars” rapper and his ex bae, is making the rounds on various social media platforms. It shows them looking all cozy and at peace in each other’s arms. The picture posted on his ex’s Instagram Story over the weekend.

The ex in question goes by the name ‘Angvish’ and it is the name used on her official Instagram account. You can also check her out on her fan page, which can be found at @Ayleks. Redd and his girl called in quits back in 2018, and soon after, she was videoed hanging out with his enemy, Tekashi 6ix9ine. 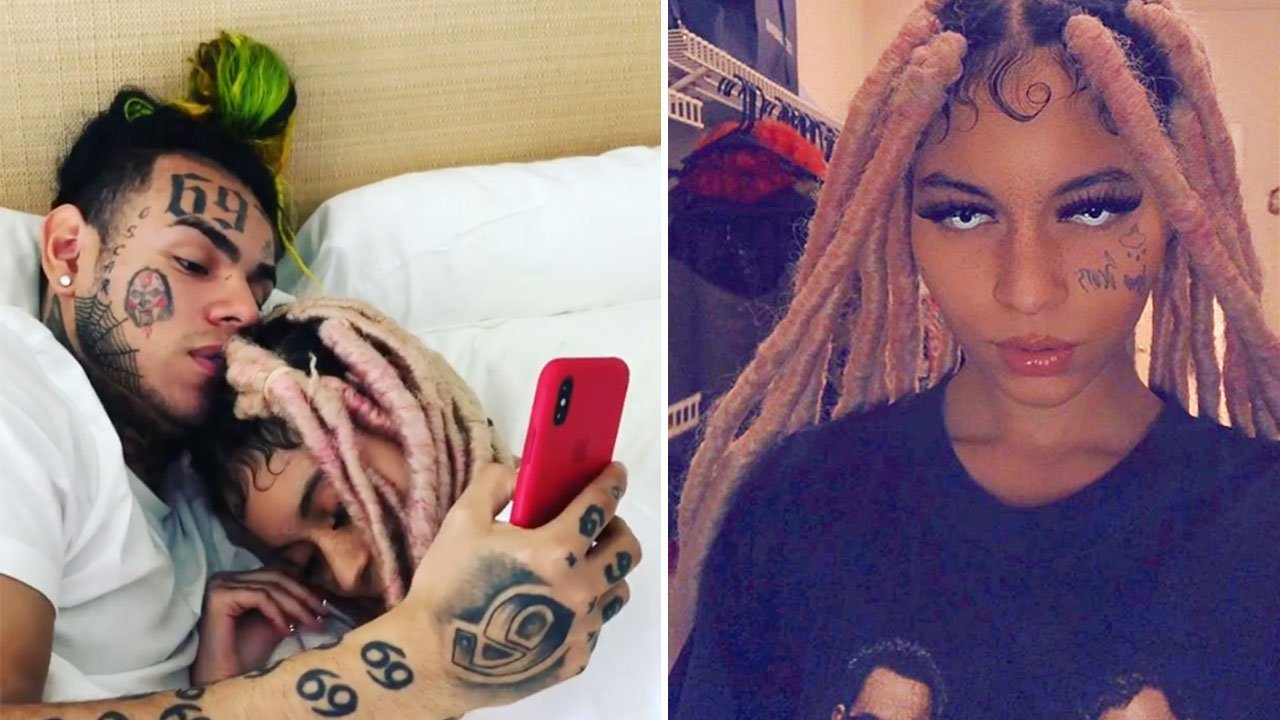 Tekashi 6ix9ine and Trippie Redd were on good terms back in 2017, even collaborating on “Poles1469.” Things apparently got sour when Trippie called 6ix9ine a pedophile using the rainbow-haired rapper’s 2015 sexual misconduct charge as reference. Since then, the two have had it out for each other. During his 2019 trial, Tekashi mentioned that he had put out a hit on Trippie Redd. 6ix9ine also posted videos showing Angvish laying in bed with him. They were clearly having fun, playing, and vibing to Usher’s “U Got It Bad” before they switched the energy and played Marvin Gaye’s “Sexual Healing.”

Messing around with his ex was clearly a slap in the face for Trippie, however, it seems Trippie has let bygones be bygones and has patched things up with his ex. Maybe it has something to do with his enemy 6ix9ine being locked away after his telling testimony, ensured that members of his Nine Trey Bloods gang were given hard sentences.

Love is a beautiful thing, and when you find that someone who makes your heart pound, it is recommended that you do not let that person go. Perhaps that is exactly what Trippie Redd is doing in this scenario.