Wendy Williams is coming under fire for speaking ill of Lori Harvey.

Future and Lori Harvey’s relationship has been under a lot of scrutiny since they first sparked romance rumors last fall. While it’s usually the disparity in an age that calls for judgement in these celebrity cases, that fact has been ignored, and this couple has been attacked incessantly for other things. Namely, the fact that Lori Harvey seems to move from one high profile relationship to the next very quickly and because Future, otherwise known as the “Fertility King” seems to have a new baby mama every month. Now that Lori and Future have officially confirmed their relationship by posting each other on Instagram, it has opened the doors to more criticism from those who needed that confirmation to start judging.

Wendy Williams is, of course, at the top of the list of people who have made it their duty to discuss celebrity business in a purely opinionated fashion. The talk show host recently addressed the relationship on the Wendy Williams Show. “He has eight kids with four different baby moms!” Wendy said. “If this was my daughter at 23, I would break her neck, crack her skull and throw her down the steps. And, you’re not the boss of your kids when they’re 23-years-old. Lori, what are you doing? Girl, everyone talks about you… You’re so pretty, you don’t have to be that girl!” 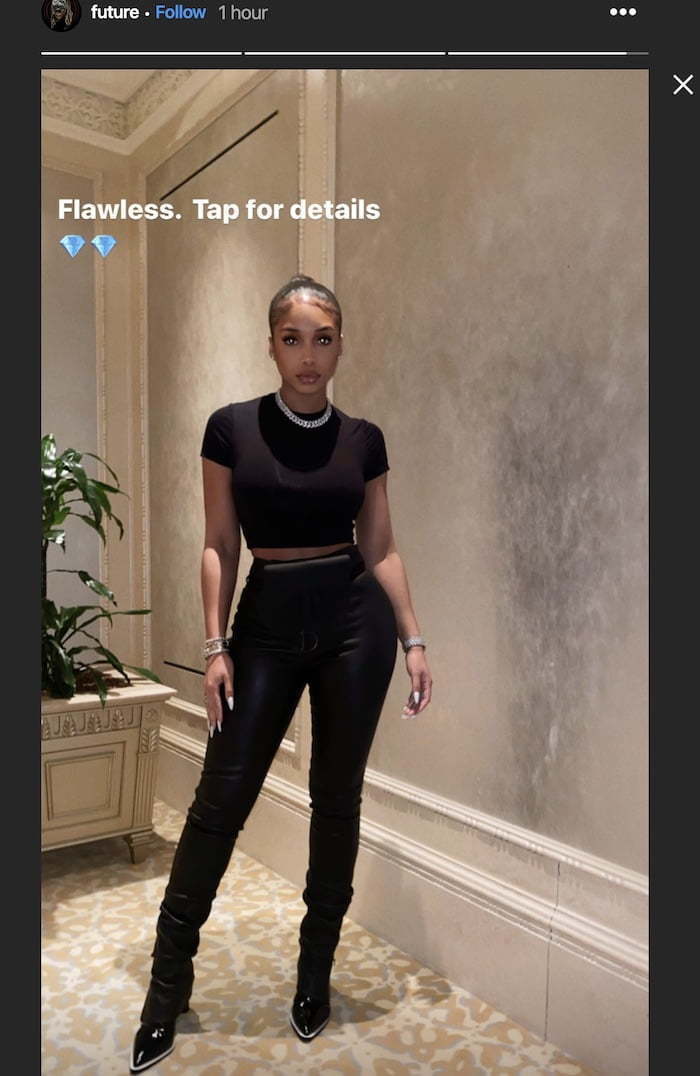 Some fans did not take kindly to Wendy’s comments about the 23-year-old model and came to Lori’s defense online mostly by roasting the talk show host and threatening to boycott her show. “I’m really about to stop watching Wendy Williams. Talking about how she would throw Lori Harvey down the steps and “crack her skull” if she was her parent because of her dating history. Then proceed to talk about how she’s “heard some things about her. DISGUSTING,” one fan tweeted. Another came for Wendy from a completely different angle, reminding her that she needs to clean her own house before judging someone else’s. “Wendy Williams said if Lori was her daughter she would crack her skull for dating Future but ma’am… didn’t your husband have a whole baby on you?” the fan wrote.

This wouldn’t be the first time that Wendy has received so much backlash for speaking ill of a celebrity, and she does a good job of seeming not to care. It’s unlikely that she will apologize, but do you think she will address the feedback at all?

Wendy Williams said if Lori was her daughter she would crack her skull for dating future but ma’am… didn’t your husband have a whole baby on you? ?

Wendy Williams is DISGUSTING for saying that if Lori Harvey was her daughter she would “break her neck, crack her skull, and throw her down the stairs” bc she’s with Future. And everyone on staff/ in the audience who laughed and co-signed is TRASH too.

Wendy Williams really out here talking shit on Lori Harvey's choosing future like she wasn't with a man who cheated on her for 20 years. Needs to stfu

I can’t believe Wendy Williams sat her letter P built ass in that chair saying she would “crack Lori’s skull” (and some more dramatic abusive shit) if she was her daughter because she’s dating Future.

Wendy is Still a pigeon at her big age.