Diddy took to Twitter this afternoon to celebrate the one and only B.I.G.’s latest honor.

Earlier today we announced the late Notorious B.I.G. would be inducted into the Rock & Roll Hall of Fame, and now his friend and producer, Sean “Diddy” Combs has reacted to the news. Diddy took to social media to congratulate his late friend and Bad Boy signee.

He posted a selfie video on his Instagram account Wednesday of him standing in the streets of New York, gazing up to the sky and blasting on of Biggie‘s greatest hits, “Juicy.” He shouted to his friend, “Biggie, you did it!!” adding, “You did it mother f***er.” Then looking directly in the camera he addressed his followers and fans. “The Notorious B.I.G. is going to be inducted into the Rock & Roll motherf**kin’ Hall of Fame,” he continued. “We miss you King, New York stand up!” 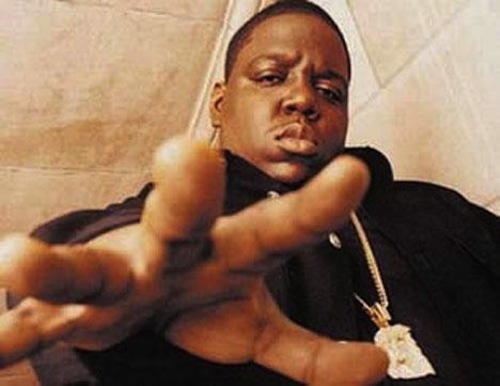 Fans and celebs alike quickly supported Diddy’s post. New York rapper Jim Jones responded with the prayer hands emoji and T.I. with four crowns. As we reported earlier, the organization announced Wednesday that B.I.G would be honored for his debut album, Ready to Die, which was released in 1994. Biggie joins a prestigious list of rappers who were previously inducted into the hall. The last rapper to be inducted into the Rock & Roll Hall of Fame was Tupac Shakur in 2017. The year prior in 2016, N.W.A was inducted.

Past Hall of Fame honorees include Public Enemy (2013), The Beastie Boys (2012), Run-DMC (2009) and Grandmaster Flash and the Furious Five (2007). The rap legend will be honored alongside the iconic Whitney Houston who was also announced as a 2020 inductee. In October, Whitney Houston and Biggie Smalls were named as finalists for one of music’s greatest honors. It was the first time that either was nominated.

The 35th Annual Rock & Roll Hall of Fame Induction Ceremony will take place on May 2 at Public Auditorium in Cleveland, Ohio. The event will be broadcast live for the first time on HBO at 8 p.m. ET. Performances and special guests will be announced at a later date.