Konshens and Latoya are couples’ goals.

The holidays just don’t feel the same if you are not with the person or persons you love and care about. Konshens and his wife Latoya know nothing about this, as they ensured that they were locked on to each other for the holidays, ringing in the big 2020 together as they sipped on champaign. The Spences have a lot to be thankful for, from their wonderful son to the continued growth in their careers, and one of the biggest blessings, an unorthodox reboot of their marriage. Earlier in the year, the two called things off not once but twice, first in August then in December. In both occurrences, the couple took to social media to air out aspects of their marital issues. Sadly, their most recent split saw Konshens and his wife getting ridiculed for having their marriage in the open for the world to comment on. They were also labeled as clout chasers, doing it all for additional fame and likes on social media.

Some online critics even went as far as to personally bash the “Do Sumn” artiste after he penned a lengthy epistle rife with what seemed to be guilt on his side. 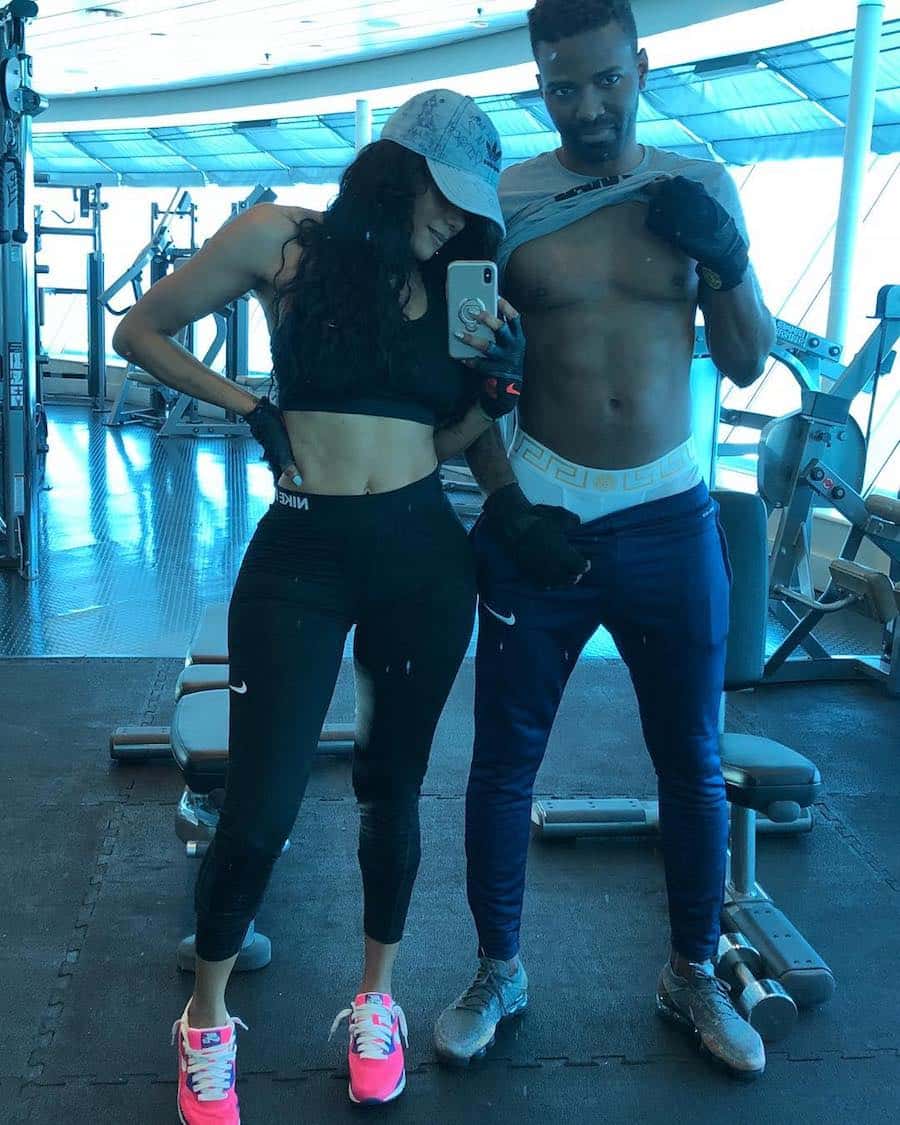 There were numerous instructions and advice given to Latoya to get out of the relationship. However, she did the opposite and jumped to his defense, quickly denouncing any rumors that she would be leaving her husband. In a series of tweets, Konshens commented on his right to post what he felt to his social media pages and lamented that persons vent in various ways, and social media is his escape.

Nonetheless, it seems to be all water under the bridge based on the intimate photos posted to both Latoya’s and Konshen’s Instagram pages.

inna real life how many ppl can u “comfortably” close your eyes around?? Blessed New Year to all. Lets get to the ?

Konshens took to Instagram to share one of the more intimate of the photos taken and blessed it with a caption showing his trust and respect for his wife, “Inna real life how many ppl can u “comfortably” close your eyes around?? Blessed New Year to all. Lets get to the [money bag emoji].”

Mrs. Spence was not as wordy as her husband but shared a few additional photos, including one where they both locked lips.

What could say we’re back together better than a beautiful public display of affection? The comment sections below both posts are flooded with congratulations and well wishes for the revived couple.