Bhad Bhabie is addressing her plastic surgery and exposing Adrien Broner for sliding in her DMs even though she is still underage.

16-year-old rapper Bhad Bhabie, whose real name is Danielle Bregoli, is looking a bit different these days. Did she finally admit to getting plastic surgery? The internet has been buzzing about 16-year-old rapper Bhad Bhabie’s change in appearance lately, and the teenager is setting the record straight about her seemingly modified features. People love dragging Bhad Bhabie, so it comes as no surprise that the minute she started looking a bit different, haters began lining up for the roast.

Of course, that’s not the only thing happening in her world because apparently Adrien Broner decided to shoot his shots in her DMs, and it’s turning out to be disastrous for him. Bhabie posted a screenshot of the DM that reads, “Text me crazy girl.” She then posted a video of Akon and Styles P classic, “Locked Up,” which sounds like a clear message that Adrien Broner is going to jail. 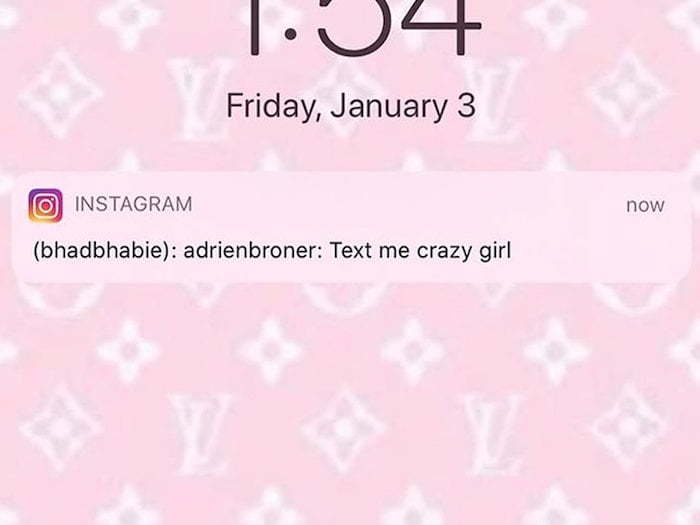 After being accused of going under the knife to enhance her features following fans noticing that her features have evolved speedily over the last year, Bhad Bhabie shut down the rumors in an Instagram story. “I think a lot of y’all forget I’m getting older so I’m gonna start looking different,” Bhabie wrote.

While some fans accepted that it’s just puberty and even knocked themselves upside the head thinking, “oh yeah, she’s a teen, of course it’s puberty,” others were not so convinced. Some social media users have expressed that they believe Bhad Bhabie is just denying it like she does everything. One fan even went as far as to remind other users of the rapper’s past lies. Remember when Bhad Bhabie got a tattoo of NBA YoungBoy’s first name, “Kentrell”? First, she said that wasn’t what the tattoo said. Then when that lie was uncovered, she said they weren’t together, and we know nothing of their relationship, but she later got the ink covered up. 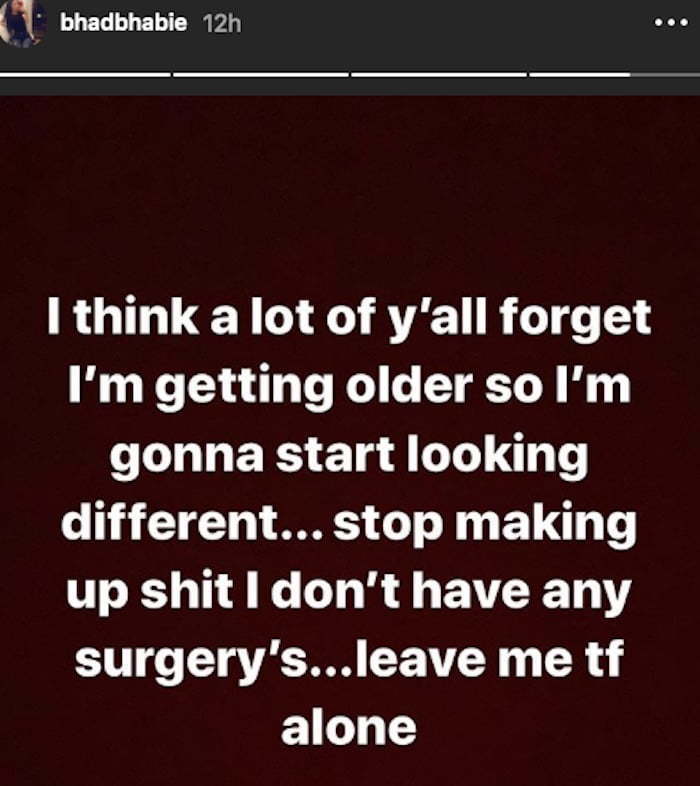 It’s easy to understand why some fans cannot be persuaded when it comes to this teenager’s stories, but do we really believe that this 16-year-old got plastic surgery? Sure, it’s not as bizarre as it sounds, especially these days, but shouldn’t we give Bhad Bhabie the benefit of the doubt? After all, we’ve all been through “puberty” at some point or the other.