In a new ten-minute track, G-Unit rapper Uncle Murda gave his annual synopsis of the past year, taking shots at everyone from K. Michelle to Kanye West. Replying to a tweet K. Michele recently posted voicing her support for incarcerated rapper Tekashi 6ix9ine, Murda raps, “…she put up a post co-signing Tekashi snitchin’/Tekashi really told on all his homies/His baby mom’s f*ckin one of his homies.”

Murda went on to call out Tank, Tyler the Creator, and Jussie Smollett, all of whom he attempted to diss by calling them gay, perhaps showing that Murda’s brand of shade needs to be left in the last decade. 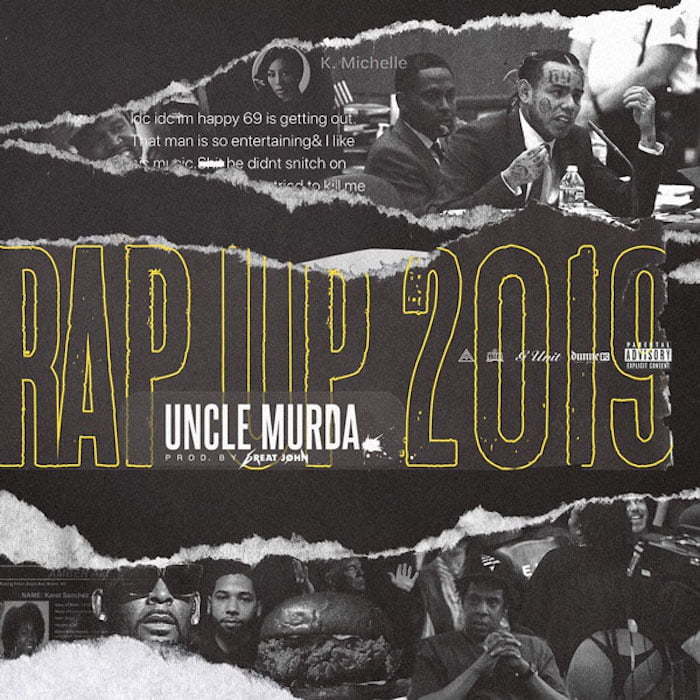 Uncle Murda continued his assault, calling Kanye West a fraud with the lyrics, “Kanye promoting God ’cause his new album comin’ out/But really he in for a bankroll/He ain’t even write that ‘Jesus Walks’ record, ask J. Cole.” Murda also took the opportunity to take a jab at Lil Reese, who was hospitalized last month after an incident in Chicago led to him being shot in the neck. On the “Rap Up” Murda ruthlessly comments, “Lil Reese got shot in the neck, I’m happy he okay/He lost his voice, we ain’t wanna hear his new sh*t anyway.” Reese quickly replied to the diss on Twitter, saying, “Aye tell uncle Murda I said s*ck my d*ck old a** b*tch still tryna rap.”

The track has received mixed reactions online and in the hip-hop community. Many listeners appreciate that Uncle Murda never sensors himself and doesn’t hold back on a diss track, but others have pointed out that it’s time for the blatant sexism and homophobia to go. One Twitter user wrote, “somebody post the uncle murda wrap up with the 6 minutes of wild homophobia shaved off.”