Eniko Hart said she busted Kevin Hart’s cheating ways because he was sliding in Instagram DMs.

Thanks to the new Netflix series, “Don’t F*ck This Up”, the world is getting a closer look inside the life of comedian Kevin Hart and the drama that has surrounded him over the last several years of his impressive career. His wife, Eniko Hart, appears in the documentary series to discuss everything from Kevin’s work ethic, to the infamous cheating scandal the couple faced back in 2017. Speaking on the incident publicly for the first time, Eniko relives the moment she found out about the video that showed her husband being intimate with another woman.

She recalls, “How I found out was a DM. I don’t know who it was.” Eniko went on to recount her humiliation over the whole ordeal, and ultimately, her decision to forgive her husband and move on. 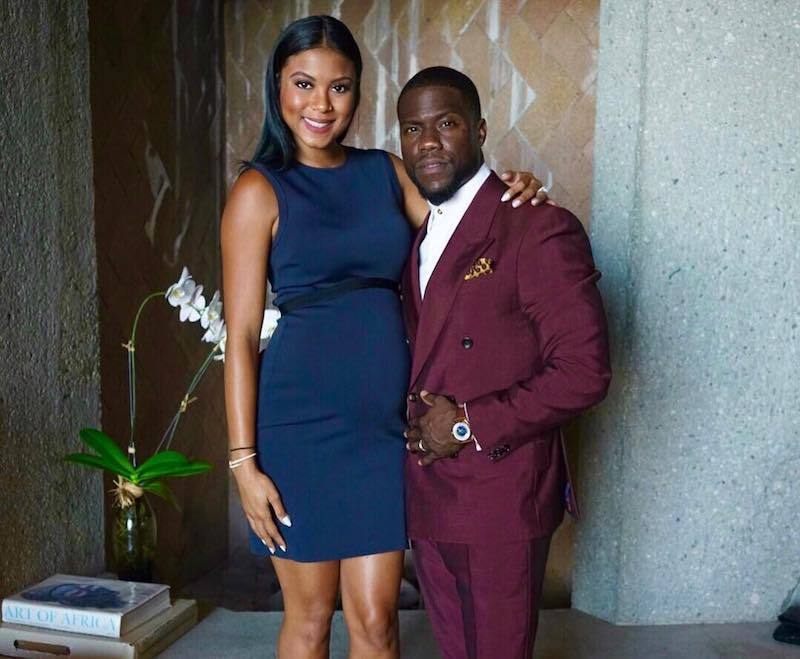 Eniko Hart is Kevin’s second wife, after his first marriage ended amid allegations that Kevin was cheating with Eniko. However, Eniko and Kevin both claim that his first marriage was over for a long time before the two even met. After an eight-year relationship, Kevin and Eniko married in 2016. Unfortunately, in 2017, while Eniko was pregnant with their son, Kevin was pictured cozying up to another woman in the back of a car in Miami. Kevin vehemently denied any suggestions of infidelity and insisted his marriage was solid.

Soon after the Miami images leaked, Kevin was forced to issue a public apology to his wife and kids when a sexually suggestive video of himself and another woman in Vegas was used in an attempt to extort the comedy superstar. The man behind the alleged extortion was Kevin’s friend, Jonathan Jackson. Speaking on the pain of the incident in the docuseries, Eniko Hart teared up, saying, “I’m happy that it kind of happened. I get sensitive every time I talk about it. He’s f**ked up, this was a bad one, this was major. Nine years and I think looking forward, it’ll be better.” 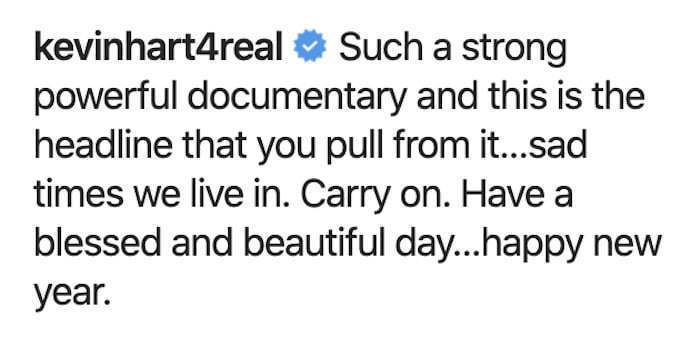 Kevin Hart has since reacted to The Shade Room’s post about what Eniko Hart revealed in the documentary. “Such a strong powerful documentary and this is the headline that you pull from it… sad times we live in,” he wrote in the comments. “Carry on. Have a blessed and beautiful day… happy new year.”

We should also point out that several other publications have reported on the topic of his cheating.