We have all known what parenthood means to the Virginia native. It’s a no brainer that his newborn son consumes a significant amount of his time, energy, and attention. Chris Brown and Ammika Harris, kept the pregnancy under wraps, to the last minute. Fans will excuse the “No Guidance” vocalist as he spends time with his heir. Relaxing from his busy schedule, Chris posted a father-son moment with the two dozing-off. The love is apparent as he closes both arms around his son in a closed embrace and captions the moment with a heart emoji.

Despite all the love, Chris Brown will be planning out his 2020 like the rest of us. He gave us a brief indication of his thought process. Maurice Brown took to Instagram asked fans what they think his next studio album will be called. The message was shared on his story slide and closed off with a smiley emoji. 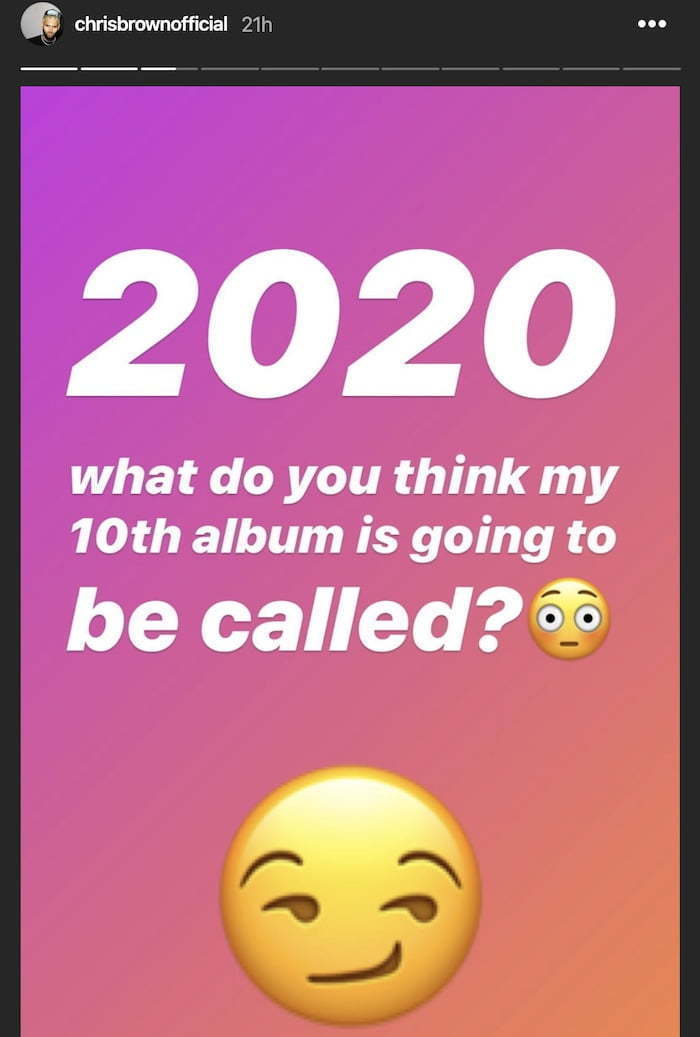 We can only guess and speculate about the responses he received. With the exception of ‘Heartbreak on a Full Moon,’ previous album titles have a unique, simple, and happy vibe attached to them. We can expect nothing less from the next one, given the new bundle of joy in his life.

Now 30 years old, he has an endless string of music awards to his career – even a Grammy for top R&B album, F.A.M.E. RCA records is no stranger to chart-topping music albums or singles. In October, he released an extended version of the Indigo album, throwing in 10 extra tracks to his 30-song album. Indigo was his third number 1 album in seven years. The last two toppings were in 2011 with F.A.M.E and 2012 with Fortune. Chris Brown was recently named Vevo’s most-watched artist in the United States in 2019.

If he isn’t promoting his new music or clothing merchandise brand Black Pyramid, he posts pictures of his newborn child. In the photos, we can see a diamond-encrusted ring on that finger, giving every indication of a potential engagement. Feeling proud as a father, Maurice frequently shares pictures of his baby, Aeko Catori Brown, who is the singer’s second child. Brown had his first child, Royalty, five years ago with Nia Guzman.